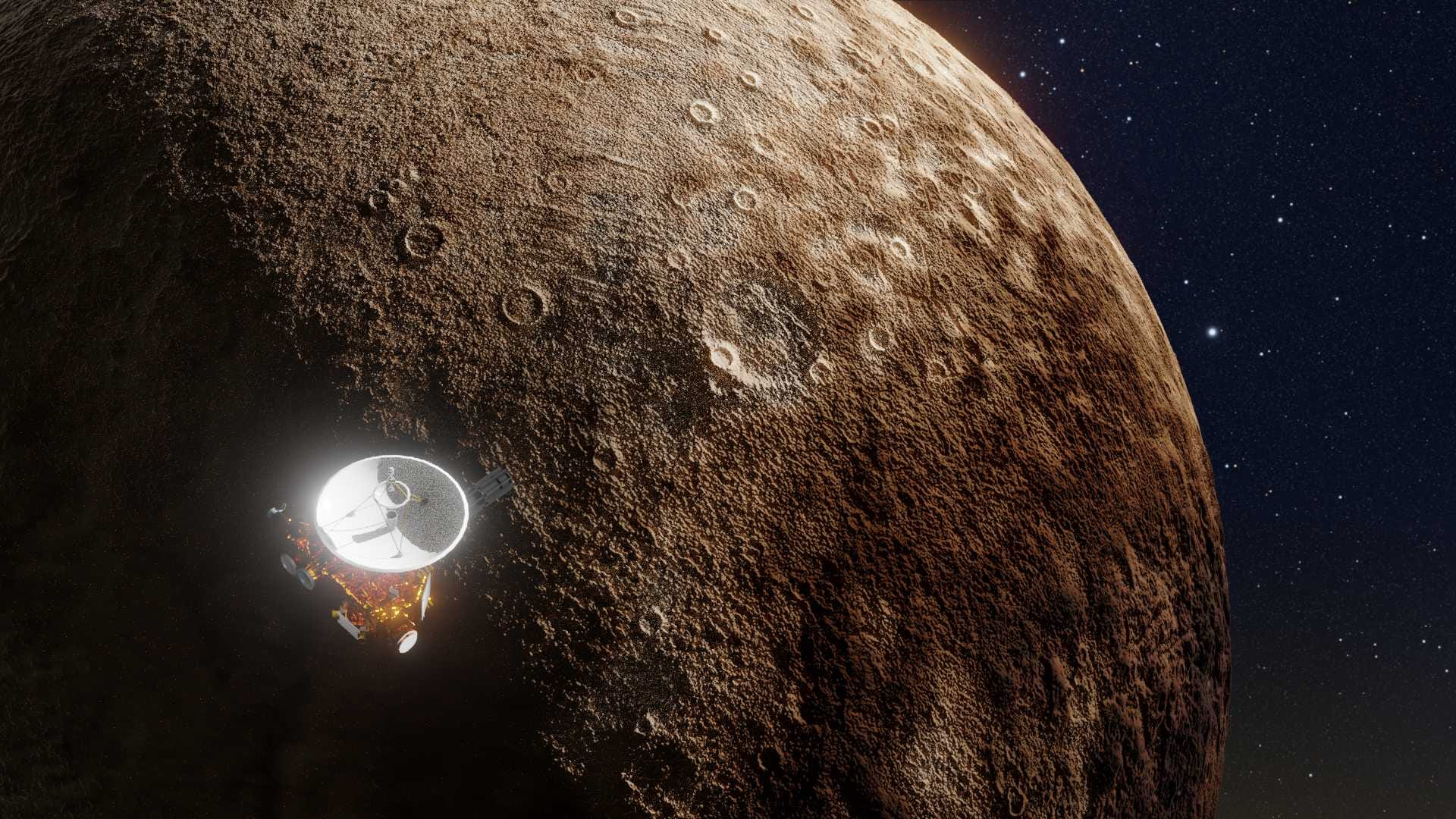 For 76 years since its discovery, Pluto was considered the ninth planet of the Solar System until, in 2006, it was demoted to dwarf planet status. What were the reasons for scientists to do so? What features make Pluto unique? In this article, we’ll talk in detail about this intriguing celestial body.

When was Pluto discovered?

Pluto was discovered in 1930 by American astronomer Clyde Tombaugh at the Lowell Observatory.

In 1906, the founder of the observatory Percival Lowell began a project to search for what he named Planet X – the hypothetical ninth planet of the Solar System that presumably influenced the orbits of Uranus and Neptune. In 1916, Lowell died with Planet X still undiscovered. However, the search for the mysterious planet continued until Lowell’s successor Clyde Tombaugh finally spotted Pluto on February 18, 1930.

Why is Pluto not a planet?

When Pluto was discovered, it was immediately classified as a planet – the smallest and the most distant in the Solar System. However, over subsequent decades, astronomers found many other objects similar to Pluto beyond Neptune’s orbit. Some of these objects, like Eris, were large enough to be qualified as a planet, too. For this reason, in 2006, the International Astronomical Union (IAU) decided to redefine the term “planet” and demote Pluto to the status of dwarf planet.

According to the updated IAU’s definition, a celestial body is considered a planet if it meets the following three criteria:

While Pluto orbits the Sun and has a spherical shape, it’s not the largest object in its orbit, as its orbit intersects with Neptune’s. For this reason, Pluto is now classified as a dwarf planet.

How big is Pluto?

The size of Pluto has been a subject of debate since its discovery in 1930. Only recently, scientists have finally determined how big this dwarf planet really is.

As Pluto is located very far from the Earth, little was known for sure about this celestial body until NASA’s New Horizons flew by it in 2015. The space probe discovered that Pluto has a diameter of 2,370 kilometers (1,473 miles). Despite its comparatively modest size, Pluto is the largest known object in the Solar System beyond the orbit of Neptune.

How big is Pluto compared to the Earth?

Pluto is more than five times smaller than the Earth and almost 1.5 times smaller than our Moon. If you decided to take a car trip around Pluto’s equator, you might finish the journey in about five days! To better understand Pluto’s size, you can check this image made by NASA that shows Pluto and its largest moon Charon placed above the Earth’s surface.

Pluto has quite an unusual orbit compared to the eight planets of the Solar System. Let’s take a closer look at how this dwarf planet revolves around the Sun and rotates on its axis.

How long is a year on Pluto?

Pluto has a very long orbital period – it takes the dwarf planet 248 Earth years to complete one orbit around the Sun. In addition to this, Pluto’s orbit doesn’t lie in the same orbital plane as the eight planets – it’s tilted at an angle of 17 degrees. Finally, Pluto’s orbit is highly elliptical, which means that sometimes the dwarf planet gets much closer to the Sun than at other times.

How long is a day on Pluto?

Pluto rotates much slower than the Earth – it takes 6.4 Earth days (6 days 9 hours and 36 minutes) to rotate around its axis once. Like Uranus, Pluto rotates on its side – its axis of rotation is tilted at about 120 degrees.

How far away is Pluto?

Pluto is a trans-Neptunian object which means it has an orbit beyond that of Neptune. Thus, Pluto is further away from us than any planet in the Solar System.

How far is Pluto from the Sun?

On average, Pluto is located 39.5 AU from the Sun, which equals 5.9 billion kilometers (3.7 billion miles). It is almost forty times farther away from the Sun than the Earth is. Pluto is so far away that the Sun’s light, which travels about 300,000 kilometers (186,000 miles) per second, takes more than five hours to reach the dwarf planet.

How far is Pluto from the Earth?

How long would it take to get to Pluto?

To answer this question, let’s turn to an example. NASA’s New Horizons spacecraft was launched to Pluto in 2006. At the time, it was the fastest spacecraft ever launched, moving at a speed of 58,536 kilometers per hour (36,373 miles per hour). When New Horizons flew by Jupiter in 2007, it received a gravity assist from the gas giant. This gravity assist increased the spacecraft’s speed to 83,000 kilometers per hour (51,000 miles per hour) and shortened its voyage to Pluto by three years. In total, it took nine years, five months, and twenty-five days for New Horizons to reach the dwarf planet.

What is Pluto made of?

Unlike the neighboring outer planets, Pluto is not a gas or ice giant. It’s a small rocky body similar to the Earth.

Pluto is a member of the Kuiper Belt – a doughnut-shaped region beyond the orbit of Neptune that is populated with thousands of small icy bodies. These bodies (known as Kuiper Belt objects, trans-Neptunian objects, or plutoids) are remnants from when the Solar System formed, which happened about 4.5 billion years ago.

Like other objects in the Kuiper Belt, Pluto mainly consists of ice and rock: it has a rocky core surrounded by a mantle of water ice. Possibly, there’s a liquid water ocean between the core and the mantle.

Pluto has quite a diverse terrain: there are mountains, valleys, plains, and craters on the dwarf planet’s surface. Mountains on Pluto consist of water ice and can reach more than 3 kilometers in height.

A notable feature on Pluto’s surface is a heart-shaped region named Tombaugh Regio (in honor of Clyde Tombaugh, the discoverer of Pluto). It’s a vast glacial area rich in nitrogen, carbon monoxide, and methane ices. The western lobe of the “heart” called Sputnik Planitia is smoother than the eastern one and has no craters, implying it’s less than 10 million years old.

Despite being such a small celestial body, Pluto has several moons that differ in size, shape, and patterns of rotation.

How many moons does Pluto have?

Pluto has five known natural satellites: Charon, Nix, Hydra, Kerberos, and Styx. These satellites might have formed when Pluto collided with some other Kuiper Belt object billions of years ago.

What is Pluto's largest moon?

The largest moon of Pluto is called Charon. This spherical celestial body is 1,200 kilometers (750 miles) in diameter which is almost half the dwarf planet’s size. This makes Charon the largest known satellite relative to its parent body in the Solar System! Due to Charon’s size, some astronomers even refer to Pluto and Charon as a double dwarf planet or binary system.

Like our Moon, Charon is tidally locked to its partner: it takes the same time for Charon to revolve around Pluto as Pluto needs to complete one rotation. For this reason, Charon always shows only one side to Pluto.

The other four moons of Pluto are much smaller than Charon and irregularly shaped. Unlike many other natural satellites in the Solar System, they are not tidally locked to the body they’re orbiting. Nix, Hydra, Kerberos, and Styx all rotate chaotically and incredibly fast, showing their different sides to Pluto.

NASA’s New Horizons remains the only spacecraft to ever fly by Pluto. It was launched in 2006 and reached Pluto in 2015. At the closest approach, New Horizons passed within 12,500 kilometers (7,800 miles) of Pluto. The space probe captured high-resolution images of the dwarf planet and its largest moon Charon; it also studied their atmosphere and surface.

After the Pluto flyby, New Horizons continued its journey through space. In 2019, the spacecraft approached a contact binary object Arrokoth and then took images of several other Kuiper Belt objects. Now, New Horizons is 50 AU away from us – it’s almost 7.5 billion kilometers (5 billion miles). This spacecraft is only the fifth to travel so far from the Earth, the other four being Pioneer 10, Pioneer 11, Voyager 1, and Voyager 2.

What color is Pluto?

Pluto’s surface has a wide range of colors, including sections of white, yellow, and even deep red. However, for the most part, Pluto is light brown.

As Pluto is located very far, the Sun would look like a bright dot in Pluto’s sky. Although the Sun on Pluto would appear about 1,000 times fainter than on the Earth, it would still be exceptionally bright – 150 to 450 times the light of the Full Moon on the Earth!

Can you see Pluto from the Earth?

Even at its brightest, Pluto is not visible to the naked eye from the Earth. To observe Pluto, you’ll need a telescope with an aperture of at least 20 centimeters (8 inches).

Does Pluto have rings?

Despite being relatively small, dwarf planets are known to have rings – for example, there is a ring around Haumea. However, astronomers haven’t found any ring system around Pluto yet.

How cold is Pluto?

Is Pluto a planet again?

The fact that Pluto was reclassified as a dwarf planet in 2006 still causes debates in scientific circles. For instance, Dr. Alan Stern, a planetary scientist who leads NASA’s New Horizons mission, thinks that the International Astronomical Union has made a hasty and wrong decision. According to Dr. Stern, the definition of a planet created by the IAU is poorly worded and doesn’t make scientific sense. Nevertheless, officially, Pluto remains a dwarf planet alongside Eris, Ceres, Haumea, and Makemake.

We hope that you’ve discovered some new interesting facts about the dwarf planet Pluto. Don’t hesitate to share this article on social media if you liked it. And if you want to learn more about dwarf planets, take our educational quiz. We wish you clear skies and happy observations!