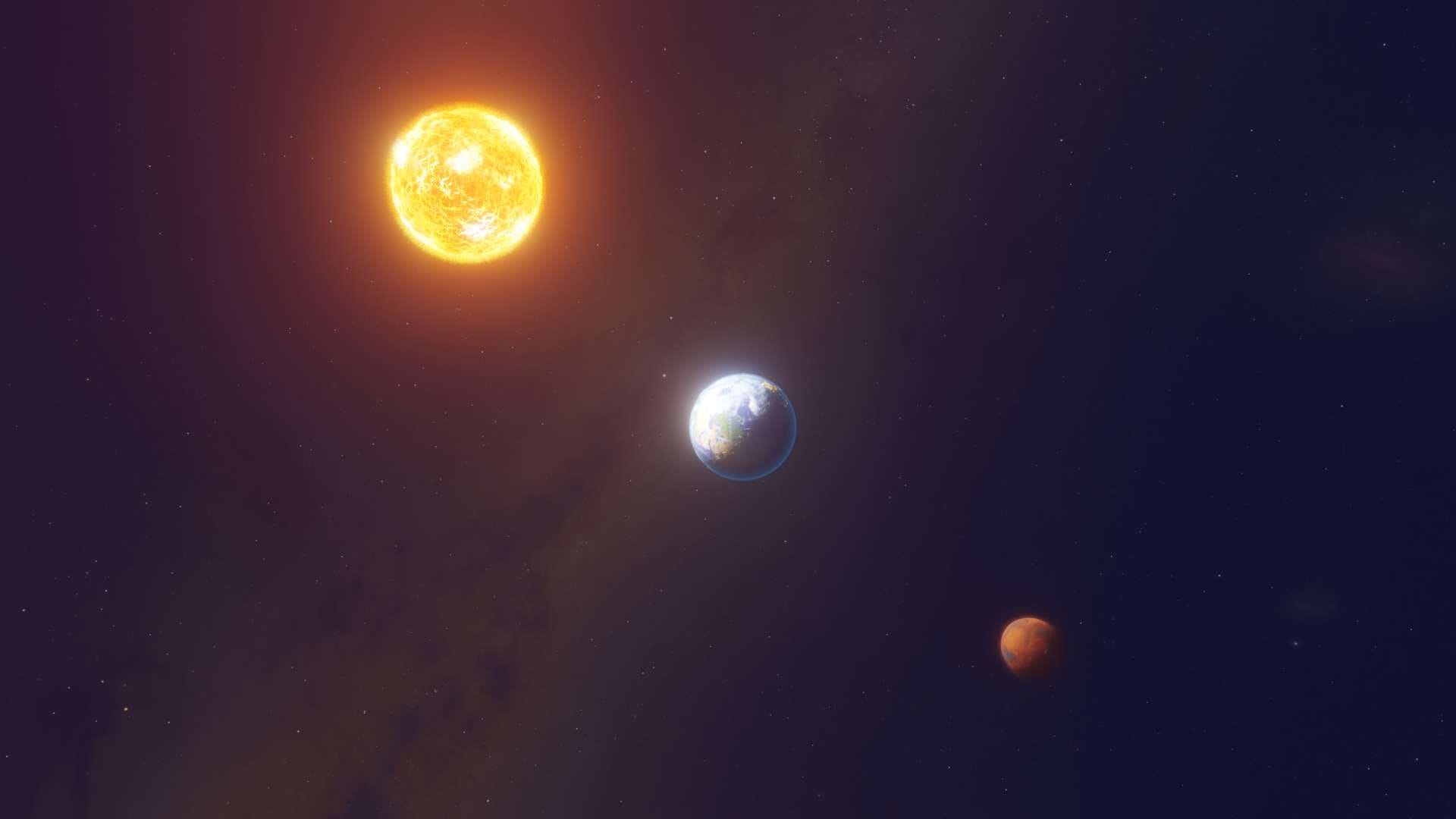 Astronomical opposition is the best time to observe most of the Solar System planets and other celestial bodies. They appear at their largest and brightest state in the night sky. Find out more about oppositions and get the best dates to see planets and asteroids.

What does opposition mean in astronomy?

Astronomical opposition means that a planet is located on the opposite side of the Earth from the Sun. From our perspective, it means a planet at opposition is precisely 180 degrees from the Sun in the sky — so, when the Sun sets in the west, a planet appears in the east. In addition to planets, an opposition can be reached by comets, asteroids, and some other Solar System objects. A well-known example of opposition is a Full Moon. During this event, the lunar disk is opposed to the Sun, therefore fully lit by the star’s light.

What planets can be seen at opposition from the Earth?

Since an opposition can only occur when the Earth is between the Sun and another celestial body, this event happens for the planets further from the Sun than the Earth. These are Mars, Jupiter, Saturn, Uranus, and Neptune.

The planets’ oppositions occur roughly every year when the Earth reaches the proper configuration with them relative to the Sun. The only exception here is Mars. The Red Planet’s orbit and orbital speed are similar to the Earth’s, so the Earth “outraces” Mars only about every 27 months. That’s why Mars oppositions occur only once in about two-three years. Mercury and Venus are located inside the Earth’s orbit, so we’ll never see them at opposition.

How to observe a planet at opposition?

To find a planet at opposition, look in the opposite direction from the sunset. The planet will be well-placed for a few weeks around the exact moment of opposition. So, check a forecast for your location, find a date close to the opposition when the skies are clear, and get outside to observe the bright planet.

At opposition, you can spot most of the planets with the naked eye, but you’ll see them even better through a pair of binoculars or a telescope. For instance, with a small 4-inch telescope, you should be able to observe Saturn’s rings, including the Cassini Division between them. To check where the planet will rise in your location and how bright it will be, use the stargazing app Sky Tonight. The app has a built-in calendar of astronomy events and a detailed map of the night sky.

Why are planetary oppositions interesting?

Opposition is the best time to observe a planet or another celestial body. At that time, objects are fully illuminated by the Sun and shine brightly in the sky. Moreover, planetary oppositions occur near a planet’s closest approach to the Earth, when a planet appears at its biggest. Mars experiences the most striking size change because it’s the closest superior planet to the Earth. Most importantly, an opposition gives us plenty of time for stargazing! A celestial object is seen through the night and well-placed in the midnight sky. It is no coincidence that asteroids and other faint Solar System objects are often discovered at their opposition.

Here is the list of planetary oppositions occurring in 2023. The complete calendar of all the planetary and other celestial events is available in the stargazing app Sky Tonight.

On August 27, at 14:52 GMT (10:52 a.m. EDT), Saturn will reach opposition in which it will be fully illuminated by the Sun and will shine at its brightest with a magnitude of 0.4. The ringed planet will be placed in the constellation Aquarius, looking like a yellowish dot to the naked eye. You’ll see Saturn’s oval shape with a pair of binoculars, but you’ll need at least a small 4-inch telescope to see its rings.

For a few days around the opposition, the observers may notice an unusual brightening of Saturn’s rings – known as the Seeliger Effect. During opposition, the Sun shines directly at Saturn from our vantage point, so the planet and its rings’ particles are fully illuminated and cast no shadows. Moreover, the sunlight interacts with the particles in the planet’s rings and reflects many times, making the rings look even brighter.

Neptune’s opposition will occur on September 19, at 16:54 GMT (12:54 p.m. EDT). The planet will shine with a magnitude of 7.8 in the constellation Pisces. It will rise right after sunset in the direction opposite the Sun, reach its highest point around midnight local time, and stay in the sky till dawn. Even in its brightest state, Neptune will be difficult to distinguish in the night sky, so take a telescope to enjoy the view of the planet.

Jupiter will come to opposition on November 3, at 10:44 GMT (06:44 a.m. EDT). Look for the blazing dot in the constellation Aries. It will shine with a magnitude of -2.9, making it the brightest starlike object after “the morning star” Venus. Don’t worry if you miss the exact moment of opposition. The planet will be well-placed for the next few weeks and stay in the evening sky for several more months.

On November 14, at 00:32 GMT (November 13, at 07:32 p.m. EST), Uranus will reach opposition. The planet will shine with a magnitude of 5.6 in the constellation Aries. Even at its biggest and brightest, Uranus will still be tricky to spot, so it’s better to search for it with at least a small telescope. The planet will be in the best position to observe at around midnight local time.

Other upcoming oppositions in 2023

Not only planets but also comets, asteroids, and other Solar System bodies can reach opposition. Such events are more challenging to spot, so they are more for experienced astronomers. Opposition is also the best time for asteroid hunters. If you want to discover a new asteroid, it’s better to look at night in the direction opposite to the Sun, and maybe you’ll get lucky!

What planets are in opposition now?

How often do planetary oppositions occur?

A planetary opposition occurs when the Earth passes between the Sun and a planet. It happens every year for the superior planets. The only exception is the Martian opposition. Since the planet is very close to the Earth and its orbit and orbital speed are similar to the Earth’s, our planet manages to pass between Mars and the Sun only every 27 months, so we get one Martian opposition in about two-three years.

How long does an opposition last?

A planet is said to be “at opposition” at the exact moment of time, but the period of opposition lasts for a few weeks. You can observe the planet on any convenient date around that time. It will rise on the opposite side to the Sun right after sunset, reach the highest point at midnight, and set at dawn.

What is the opposite of opposition in astronomy?

Bottom line: Opposition is the best time to observe planets because they shine at their biggest and brightest, visible all night through. The good news is that you don’t need to catch the exact moment of opposition to enjoy the view. Choose a convenient time, go away from the city lights and observe planetary oppositions in full beauty!

Please, share this article with your friends on social media if you liked it. We wish you clear skies and successful observations!