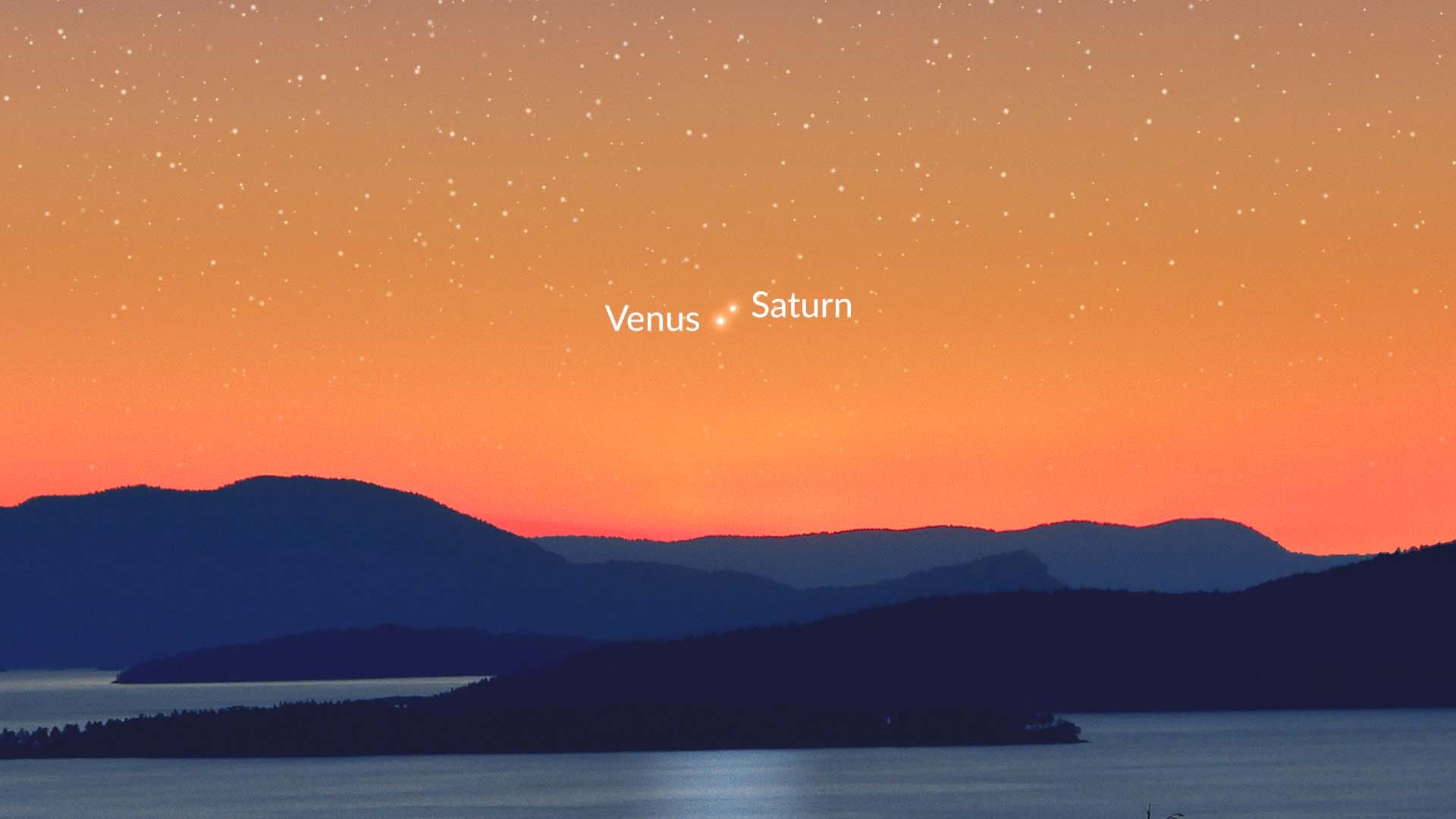 At the beginning of the year, Venus will meet Saturn, Neptune, and Jupiter. Learn when to see the planets shining next to each other.

What is planetary conjunction?

In simple words, a planetary conjunction occurs when two or more planets appear close to each other in the sky. Such proximity of planets is an optical illusion — in reality, they are very far away from each other.

From an astronomical point of view, a conjunction happens when celestial objects share the same right ascension¹ or ecliptic longitude² in the sky.

¹Right ascension is the equivalent of longitude on the Earth’s surface projected onto the celestial sphere.

²Ecliptic is an imaginary line that marks the Sun’s apparent path across the sky during a year. Ecliptic longitude is measured along the ecliptic eastwards from the Sun’s position at the March equinox.

While the first definition is more common, it isn’t very precise. In fact, it describes a close approach (small angular separation) of space objects — an event that usually takes place near a conjunction. But don’t confuse these events! A close approach isn’t necessarily a conjunction.

Usually, the distance between objects during a conjunction varies from 0.5° to 9°. To get it better, imagine that 0.5° is the average width of a Full Moon disk. Sometimes planets come even closer — last time it happened with Jupiter and Saturn in 2020 when they appeared less than 0.1° apart. Such an event is called the Great Conjunction and provides a spectacular show for stargazers.

A conjunction can include other celestial objects besides planets — for example, moons, asteroids, or stars. In our article, we list the upcoming conjunctions of the Moon and planets, so you can learn which planet is close to the Moon tonight.

Some people confuse a planetary conjunction and a planetary alignment, sometimes referred to as a “planet parade.” A conjunction implies a shorter than usual distance between objects in the sky, while an alignment means that planets line up in a row in the same area of the sky, as seen from the Earth.

On February 15, 2023, at 12:19 GMT (7:19 a.m. EST), one of the closest planetary conjunctions of the year will occur. Venus and Neptune will pass within mere 45” from each other in the constellation Aquarius. Dim Neptune (magnitude 8) can’t be seen without optical devices, unlike prominent Venus (magnitude -4). Start your observations in the evening, right after sunset, and watch the planets getting closer to the horizon (they set 1-2 hours after the Sun).

Now you know how and when to spot the planets close together this month. If you enjoyed this article, share it with your friends.