The Great Conjunction: Jupiter and Saturn appear the closest since 1623 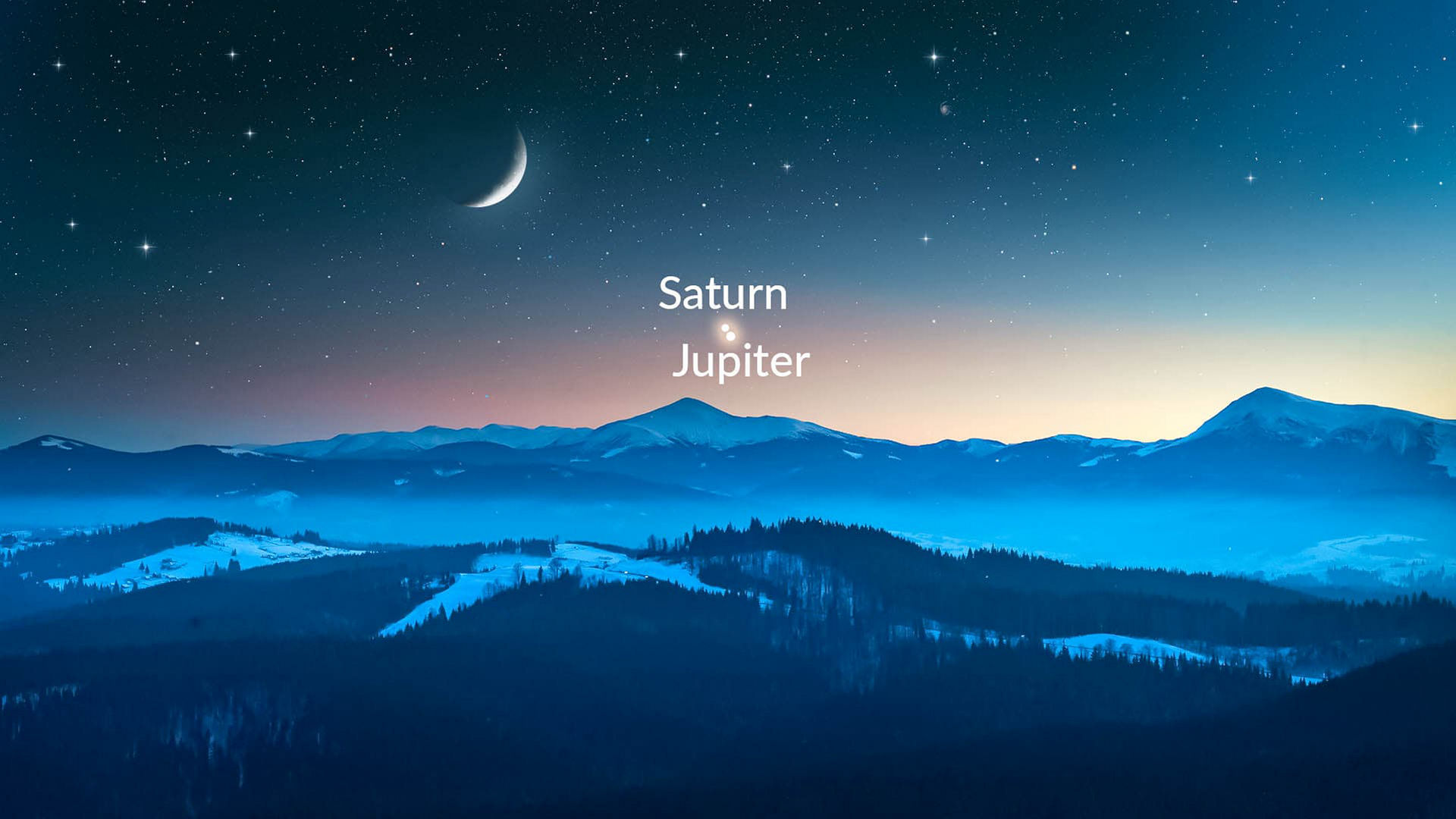 At the end of 2020, around the Catholic Christmas, Jupiter and Saturn will appear the closest since 1623. Here is everything you should know about this once-in-a-lifetime event or so-called “Christmas Star”.

Will Jupiter and Saturn really be so close?

In terms of space distance — no. On the date of their great conjunction, which also happens to be the day of December solstice, Saturn will be about twice as far from the Earth as Jupiter.

For the observers from the Earth — yes. It will be the closest conjunction of Jupiter and Saturn that most of us will ever get to witness. In December, two planets will be only 0.1 degrees apart and may look like a single bright star.

What is the Great Conjunction 2020?

As seen from the Earth, two gas giants appear to pass close to each other every 20 years. This phenomenon is called the “great conjunction.” However, this year the visual distance between Jupiter and Saturn will be the smallest for the last 400 years.

Previously, such close conjunction happened on July 16, 1623 — only 14 years after the first telescope was invented. At that time, the gas giants were very close to the Sun (13 degrees east of the giant star), so it was hardly observed by many people. The last time similar observable conjunction occurred was on March 4, 1226.

When and how to see this Great Conjunction?

The Great Conjunction 2020 will take place on December 21, at 8:22 a.m. EDT (13:22 GMT). At that time, the planets will be in the constellation Capricornus: bright Jupiter will be shining at a magnitude of -2.0, and significantly dimmer Saturn will be at a magnitude of 0.6.

Although the highlight is the exact moment of the conjunction, start an observation now to see if you’ll be able to notice the narrowing separation of two gas giants. Even after December 21, they’ll remain pretty close to each other and end 2020 at a visual distance of about 1 degree apart.

If you watch with a naked eye, the planets will appear to shine as one at first glance. Use a pair of binoculars to see them separately in the same field of view. To get a decent view of the planets and possibly Jupiter’s moons, you’ll need a 200mm telescope. If the weather isn’t favorable or the bright city lights interfere with your observation, don’t worry. Use Star Walk 2 not to miss this remarkable event. Set a notification, find the planets in the app, and activate the AR mode to see the real-time sky on your screen.

When is the next Great Conjunction?

The next great conjunctions after 2020 will occur in 2040 and 2060. However, the minimum visual separation between Jupiter and Saturn during both these events will be 1.1 degrees or 11 times farther than in 2020.

Stay with us to get notifications about the most noteworthy astronomical events! Wishing you clear skies and happy stargazing.