Ceres and Massalia in Opposition 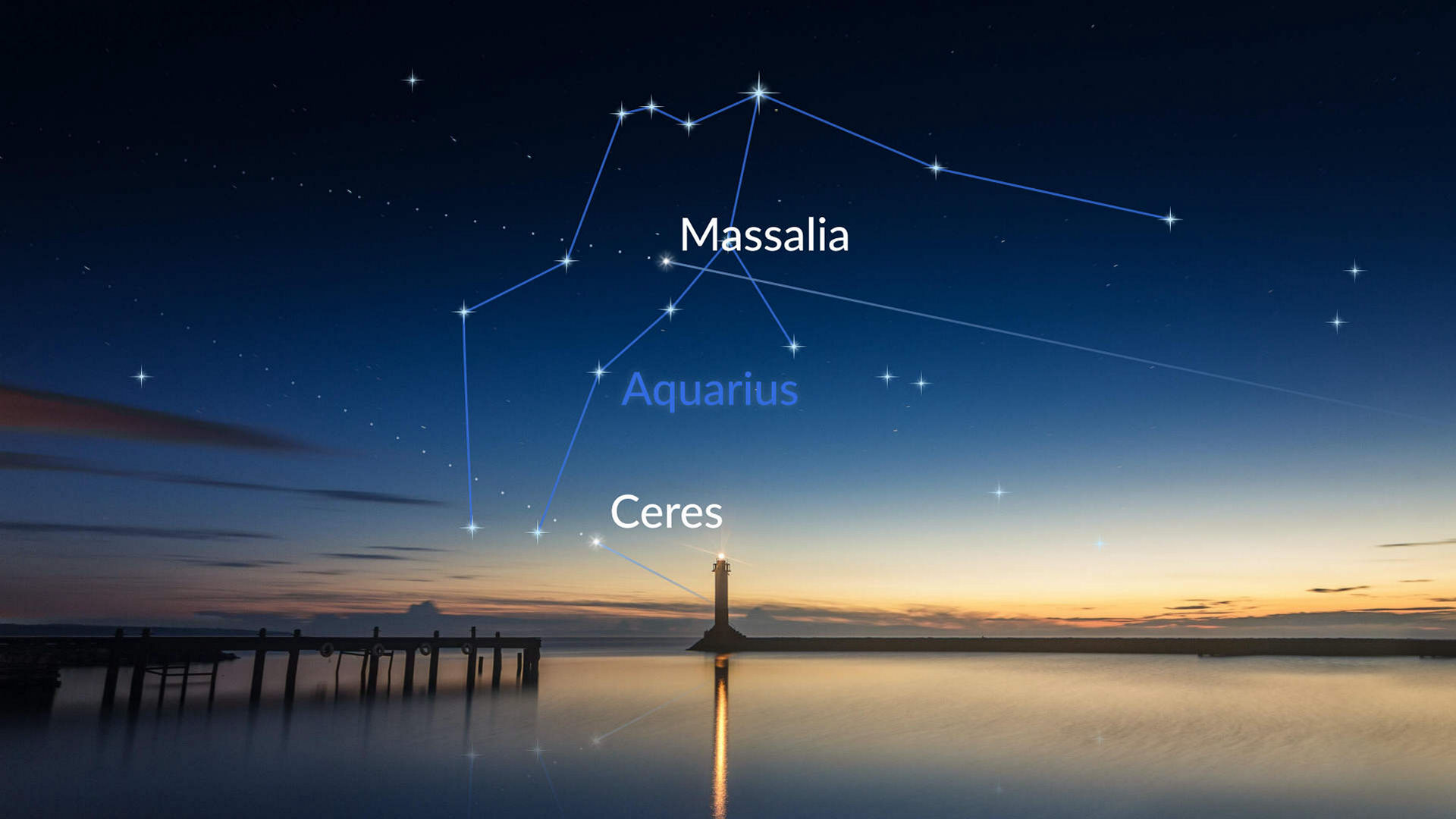 On the night of August 28, 2020, the dwarf planet Ceres and asteroid Massalia will be in opposition with the Sun. This means observers from the Earth will be able to see them at their brightest in the night sky. Today, we’d like to seize the moment to talk about these unusual space objects.

Ceres is now classified as a dwarf planet, though it was considered an asteroid for a long time. It was discovered in 1801 by an Italian astronomer Giuseppe Piazzi, who named the object after the Roman goddess of agriculture.

Click here to watch our video about recent discoveries on Ceres.

With a diameter of 950 kilometers, Ceres is the largest object in the Asteroid Belt – a region between Mars and Jupiter that contains most asteroids in the Solar System. It’s still much smaller than our Moon, though, which is 3,472 kilometers in diameter.

Just recently, scientists have made an amazing discovery: Ceres has water under its surface! With the help of NASA’s Dawn spacecraft, scientists studied several mysteriously bright areas in the planet’s Occator Crater. They found out that these areas (named Cerealia Facula and Vinalia Faculae) are salt deposits that were formed quite recently when underground brine reached the surface. Note that when we say “quite recently”, we mean about 1 million years ago – a rather short period of time by the geological standards.

The reservoirs of brine beneath the dwarf planet’s surface are, most probably, the remnants of an ancient ocean. This fact means that Ceres could have had habitable conditions – and maybe life exists there right now. In the upcoming decade, scientists hope to send another spacecraft to collect samples from the planet’s surface. This mission will help us reveal more secrets about this mysterious celestial body.

On August 28, Ceres will reach opposition with the Sun, and you’ll get the chance to see it with your own eyes. On this night, the dwarf planet will get closest to the Earth and will be shining at a magnitude of 7.7 in southern Aquarius. It will reach peak visibility after 1 a.m. local time and will be visible through binoculars and small telescopes.

The easiest way to find Ceres in the sky above you is to use the Star Walk 2 app. Just type “Ceres” in the search field, and you’ll see its exact location on the screen.

Massalia – an asteroid named after a city

Another object that will reach opposition on August 28 is the asteroid Massalia, also located in the Asteroid Belt. It was discovered by an Italian astronomer Annibale de Gasparis on September 19, 1852. On the following night, a French astronomer at Marseille Observatory Jean Chacornac also found this asteroid. Chacornac was the first to announce his discovery, and the asteroid was named “Massalia”, which was an ancient name of Marseille.

On August 28, Massalia will reach its highest point in the sky around midnight local time. Like Ceres, it will be shining in the constellation Aquarius but at a much fainter magnitude of 9.4. Nevertheless, it’ll still be possible to see Massalia with binoculars or a telescope. To find Massalia, use Star Walk 2: type the name of the asteroid in the search field, and you’ll see its location.

As you can see, small space objects like dwarf planets and asteroids can be fascinating to study. By the way, we’ve made an interesting video about dwarf planets for our Star Walk Kids project. With the Star Walk Kids app, little astronomers can study the sky above them and watch educational videos about planets and stars. Follow this link to watch the video.

Keep looking at the sky and happy stargazing!