Why Are Planets Round? 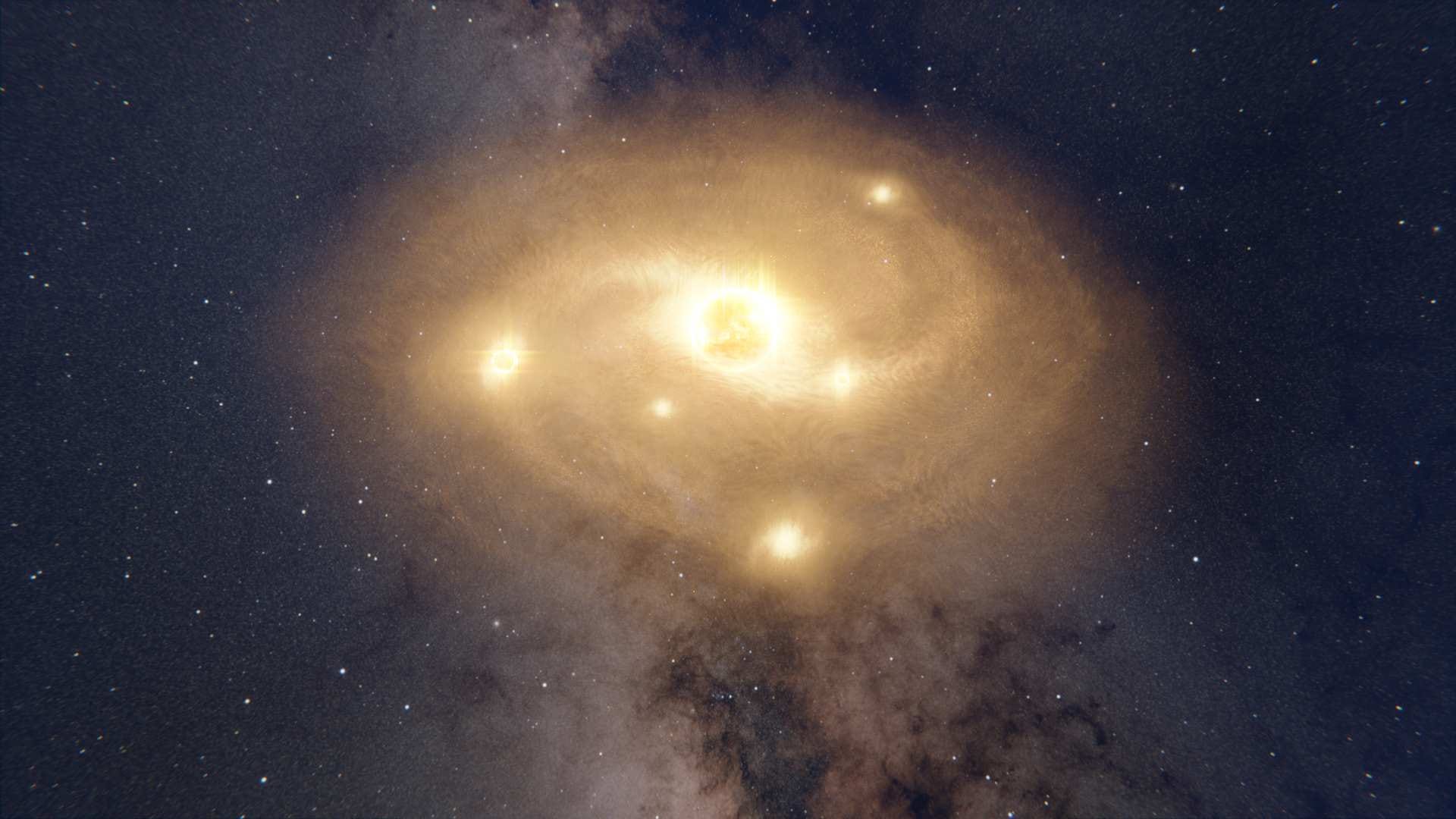 A sphere is a common shape for planets. Asteroids have a greater variety of forms – some resemble rubber ducks or dog bones. Why can’t planets be like that? Let’s figure it out.

Why are all the planets round?

Planets are round because of the way how gravity forms them. They are born from scattered particles of gas and dust orbiting a star. Due to gravity, the particles attract each other and form clumps that get bigger until they have collected all the material in their way.

As the particles collide, they heat up and turn into a liquid, and the gravitational force pulls it towards the center of a planet. Since gravity draws matter equally from all directions, the molten material forms a sphere, not a cube or tetrahedron. That’s why planets have a round shape.

Why are planets round and asteroids not?

The shape of a space object depends on its mass: the bigger it is, the more its own gravity pulls it into a more round form. Asteroids are smaller than the planets, and their gravitational pull is too weak to smooth them out. By the way, this is how you can tell dwarf planets from asteroids: one of the key criteria is that they have to be large enough to stay spherical.

Why is the Moon round?

Our natural satellite is spherical because it’s massive and has sufficient gravity to stay round. The Galilean moons – Io, Europa, Ganymede, and Callisto – are also round for the same reason. However, moons can have irregular shapes: for example, the Martian moons Phobos and Deimos resemble asteroids as they are small, and their gravity is insufficient to make them spherical.

Are the planets perfectly round?

Our planets are not perfect in shape. The thing is, they do not just hang in space but rotate around their axes. This is where the centrifugal force comes into play. It pulls the outermost mass away while gravity pulls everything inwards. This confrontation “squishes” the planets, making them wider around the equator; the extra width is called the equatorial bulge. So, the planets are not perfectly round: they have the shape of an oblate spheroid.

The faster a planet rotates, the flatter it gets on the poles and the wider it gets on the equator. Saturn is the most oblate planet in the Solar System: as it rotates the fastest of all, its equatorial bulge is the thickest. Mercury and Venus, on the contrary, are the roundest of all.

Which planet is the roundest?

The planets are not perfectly round. As they spin around axes, they get flatter on the poles and wider on the equator. The faster the planet spins, the more oblate it is. Venus and Mercury are the most spherical planets because they spin the slowest.

What shape are the planets’ orbits?

The planets have almost circular orbits, unlike comets that move in eccentrical ellipses.

What is the shape of the Solar System?

Earlier, it was believed that the heliosphere (or the “bubble” of solar wind surrounding the planets of our system) is shaped like a comet. However, a recent study suggests it might look like a croissant (or a shrimp).

Who discovered the Earth is round?

The idea of a round Earth was introduced around the 5th century B.C. by the Greek philosopher Pythagoras (570-495 B.C). The first to propose actual evidence was Aristotle (384-322 B.C.), who mentioned that the shadow that the Earth casts on the Moon is round. Based on this theory, Eratosthenes (276-194 B.C.) calculated the Earth’s circumference using two sticks and was very close to the numbers modern scientists later got using sophisticated equipment.

How to prove the Earth is round?

When you climb a tree or get to the top floor of a skyscraper, you see more objects in the distance as the parts concealed by the planet’s curvature become revealed. If the Earth was flat, you would be able to see clear to the edge of the world from any point. Find more ways to prove the Earth is round in our article.

What do flat earthers think of other planets?

Some flat earthers assume that the planets are really round, but the Earth is just not a planet and therefore doesn’t have to be spherical. Different communities of the movement have their own ideas about it. They only agree that the Earth is flat; the truth about the rest of the planets is still to be figured out.

Bottom line: Planets are spherical because when they form, the matter is distributed evenly around the center due to gravity. They are not perfectly spherical: some of them are rounder than others, but in general, they have the shape of an oblate spheroid.