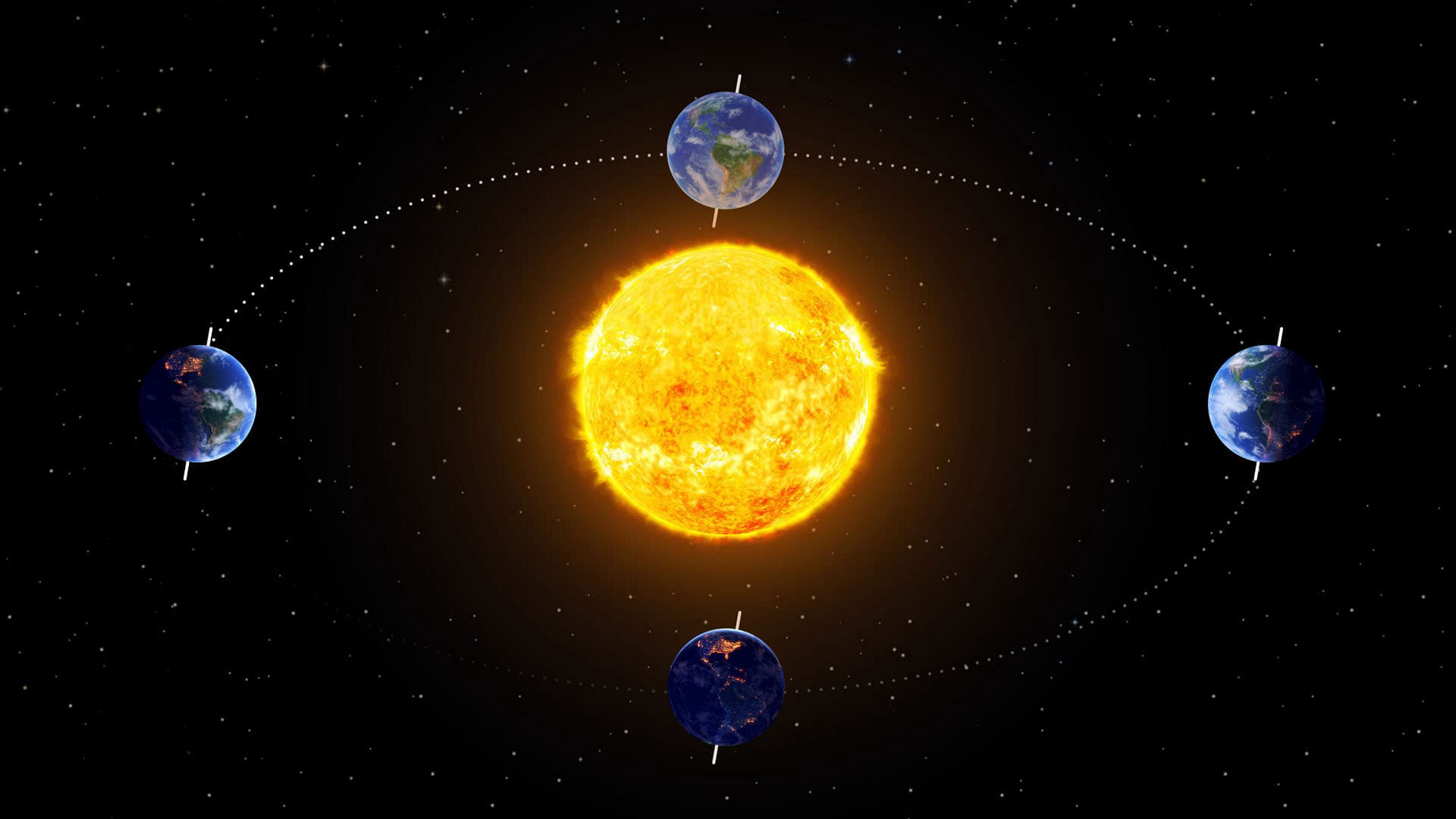 If you’ve ever wondered what causes seasons on the Earth, you’ve come to the right place. In this article, we’ll give you different definitions of the seasons and explain why our planet has seasons at all.

How many seasons are there in a year?

A season is a period of the year distinguished by particular weather conditions, temperature patterns, and the amount of daylight hours. The number of seasons depends on the geographical location and cultural traditions of the region you’re in. In temperate and subpolar regions of the Earth four seasons are generally recognized: spring, summer, autumn, and winter.

Some South Asian calendars use six seasons instead of four. For instance, the Hindu calendar has the following seasons: Vasanta (spring), Greeshma (summer), Varsha (monsoon), Sharad (autumn), Hemanta (early winter), and Shishira (late winter). Many tropical regions only have two seasons: the rainy season and the dry season.

When do the four seasons begin?

There are two main approaches to defining the dates of the seasons: meteorological and astronomical.

According to the meteorological approach, each season includes three months and begins on the first day of a three-month period. So, for the Northern Hemisphere, meteorological spring begins on March 1, summer on June 1, autumn on September 1, and winter on December 1.

According to the astronomical definition, each season begins either on a solstice (when the Sun reaches the most southerly or northerly point in the sky) or on an equinox (when the Sun passes over the Equator). In the Northern Hemisphere, astronomical spring correlates with the March equinox, summer – with the June solstice, autumn – with the September equinox, and winter – with the December solstice. Because of leap years, dates of equinoxes and solstices can shift by a day or two.

Why do we have seasons?

Many people think that seasons change due to the elliptical orbit of our planet: when the Earth is closer to the Sun, the weather gets warmer, and when it’s farther away, temperatures drop down. However, the Earth’s orbit is nearly circular, so it has little effect on the weather and temperature patterns.

The real reason behind seasonal variations is the Earth’s axial tilt, also known as obliquity in astronomy. Our planet’s axis of rotation is tilted at an angle of about 23.5 degrees relative to the orbital plane. Most probably, the tilt was caused by a collision with another planet about the size of Mars.

Although the axial tilt does not change over the year, the Earth's orientation with respect to the Sun continuously varies as we revolve around our star. Thus, when one of the Earth’s hemispheres is oriented towards the Sun, it gets more hours of daylight, and we experience spring and summer; when it is tilted away from the Sun, it gets colder, and we get autumn and winter.

How are seasons different in the Northern and Southern Hemispheres?

The Southern Hemisphere seasons are opposite to the seasons experienced above the Equator. When it’s winter in the United States, it’s summer in South America; and when the spring season comes to Europe, autumn starts in Australia. As you now understand, it happens because the Northern and Southern Hemispheres are tilted toward the Sun at different times of the year.

Do other planets have seasons?

Every planet in the Solar System has seasons because the rotational axes of all eight planets are tilted. However, seasons on other planets are quite different from the Earth’s seasons.

Let’s take Uranus as an example. This planet is tilted at nearly 98 degrees, so its rotational axis is almost parallel to its orbital plane. Moreover, it takes Uranus 84 Earth years to complete one orbit around the Sun. As a result, the ice giant has 21-year-long seasons; during the winter-summer seasons, the winter side of the planet doesn’t see the Sun for 21 Earth years.

The rest of the planets are no less bizarre: for instance, Venus’ seasons are shorter than its days, and on Mercury, you can’t even tell when one season ends, and another begins.

Now you know why we experience seasons on the Earth. If you liked this article, please share it with your friends. And if you still have questions about seasons, don’t hesitate to ask them on our social media!