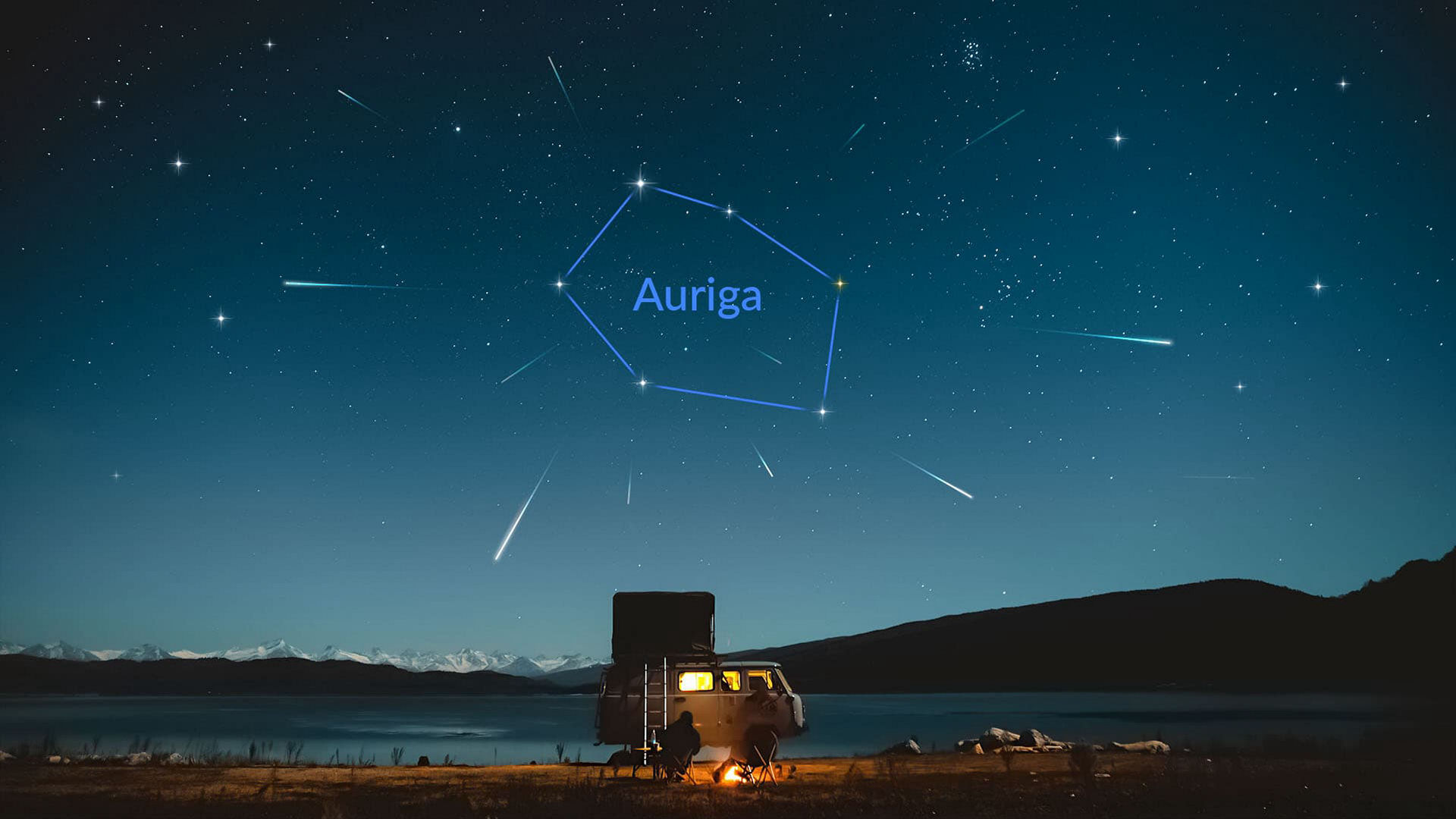 The last day of August will amuse us with one of the rarest meteor showers. Read our article to learn about the Alpha Aurigids meteor shower, the campaign organized for this special astronomical event, and how to see it in the skies.

The phenomenon we call a meteor shower occurs when the Earth’s orbit goes through the debris or dust grains left by a space object, typically, a comet. Debris particles enter the orbit at high speed and quickly burn out in the atmosphere. Meteor showers provide a spectacular view for observers from the Earth and give astronomers a perfect opportunity to collect information about a particular comet.

What do we know about the Alpha Aurigids?

The Alpha Aurigids (206 AUR) is a medium meteor shower discovered by C. Hoffmeister and A. Teichgraeber, on the night of August 31, 1935. Its radiant is placed in the constellation Auriga, near the Alpha Aurigae or Capella star; the meteor shower’s parent body is the comet C/1911 N1 Kiess. 206 AUR is active from August 28 to September 5, with a peak on August 31.

In the Northern Hemisphere, the meteor shower is visible in a northeasterly direction, late at night, about 11:00 p.m. In the Southern Hemisphere, the Alpha Aurigids can be seen from about 3:00 a.m. near the horizon. You will only have about a couple hours worth of viewing time due to the rising Sun that will hide the “falling stars”. Check the Sun’s rise time for your location with Star Walk 2.

One of the rarest meteor showers

A meteor stream is an easily predictable, annual event. Why do we call the Aurigids one of the “rarest meteor showers” in this case? Usually, a meteor shower activity is variable and depends on several factors, one of which is a parent body’s orbital period around the Sun. The Aurigids meteor shower originates from the long-period comet, which passed by the Earth about 2000 years ago. In comparison, the famous Perseids’ parent comet orbital period is 133 years.

In 1935, this meteor stream was discovered due to its high activity and bright splashes it produced in the skies. Seventy-two years later, in 2007, the Aurigids’ highest rate was more than 100 meteors per hour. According to the European Space Agency, the dust trail of comet Kiess will not be crossed again in this manner for 70 years. Nowadays, we can expect this meteor shower to produce only around 6 meteors per hour at the peak of activity, assuming the excellent visible conditions (stars visible up to magnitude 6,5). The real rate that can be seen is nearly always lower and decreases the closer the radiant comes to the horizon.

Besides the year of 1935, unexpected short outbursts of the Aurigids’ activity were noticed in 1986 and 1994; there is a possibility that other outbursts were missed since there were no regular observations. In 2007, NASA Ames Research Center and SETI Institute organized an airborne observation campaign called the Aurigids Multi-instrument Aircraft Campaign (Aurigids MAC). This campaign was a collaboration of 24 scientists from different countries and lasted from August 30 to September 2.

Within this campaign, visual, triangulation, and spectroscopic observation methods were used. Although the peak failed to appear over Hawaii, the airborne campaign recorded an hourly rate of 40 meteors. Reports about hundreds of meteoroids were obtained in North America and Scandinavia.

Did you enjoy the information about meteor showers? Take part in our “Space Rocks” quiz to check your astronomy knowledge and learn even more interesting facts about meteors and space objects!

Can you tell the difference between a falling star and a meteorite? And what about comets and asteroids? Check your astronomy knowledge with our quiz!
Take the quiz!

Follow us on social media for even more astronomical events that are worth your attention.