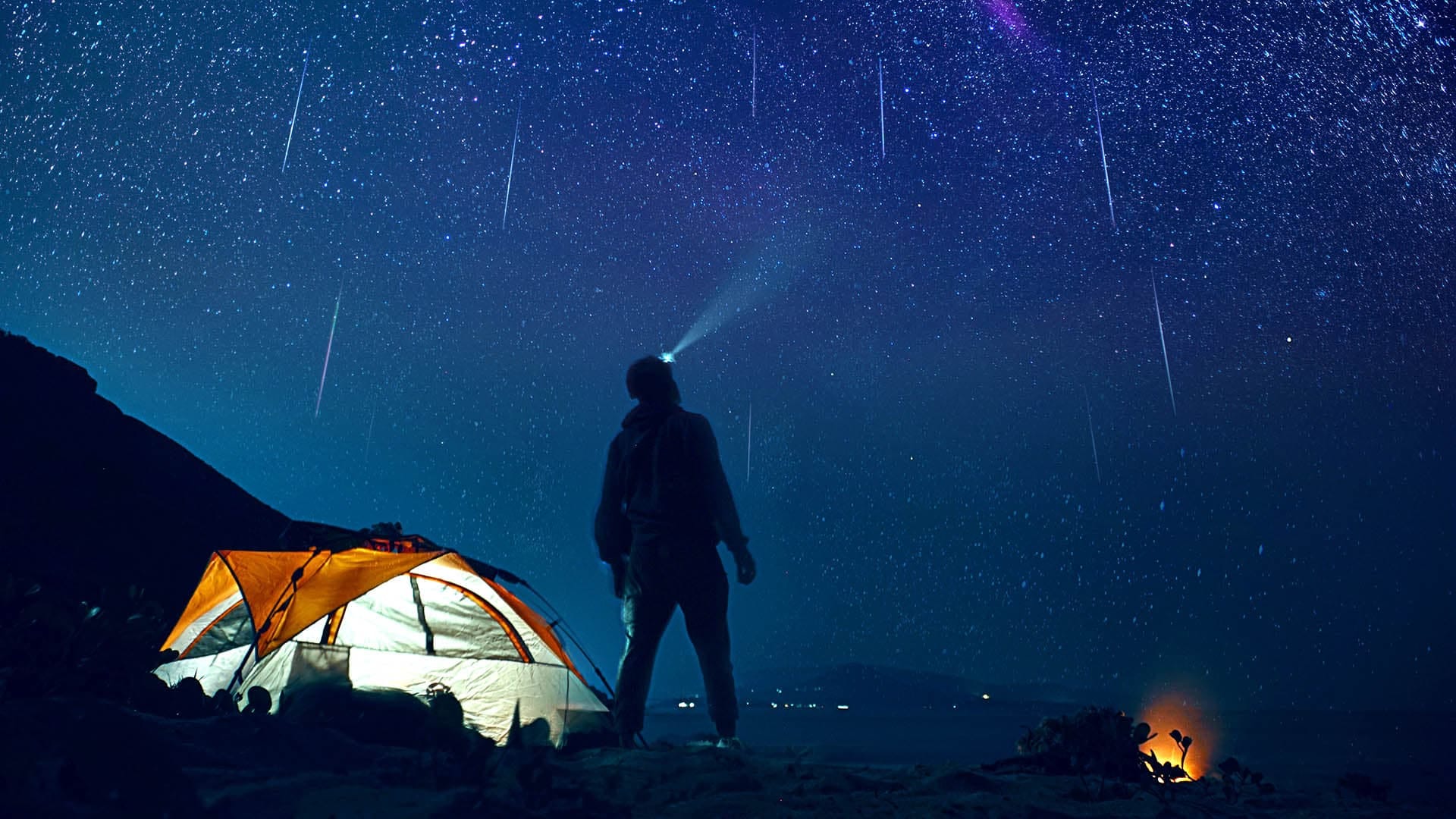 Observing “shooting stars” is one of the most fun and easy ways to dive into the world of astronomy. In this article, we’ll give you valuable tips on how to observe a meteor shower successfully. You can also take our quiz about shooting stars to test your meteor-hunting skills.

What is a meteor shower?

Most meteor showers occur when the Earth passes through a trail of debris left by a comet. When tiny particles of cosmic dust enter the Earth’s atmosphere, they burn up, producing bright streaks of light in the sky. These streaks of light are called meteors.

Some meteor showers’ parent bodies are not comets but asteroids. For example, the Quadrantids and the Geminids are associated with asteroids 2003 EH1 and 3200 Phaethon, respectively.

When is the next meteor shower?

If you want to see “shooting stars”, the first thing you need to do is find out when the next meteor shower begins. To get this information, you can consult the meteor shower calendar from the American Meteor Society.

Here’s a list of the most prominent meteor showers with periods of activity for 2021. Each of these showers occurs at about the same time every year.

When is the best time to watch the meteor shower?

The four main factors that determine the visibility of a meteor shower are cloud coverage, peak time, position of the radiant, and the Moon phase. Here are the four steps you need to take to get a better meteor-watching experience.

Cloudy or rainy skies won’t let you enjoy the meteors. So, keep the weather in mind when choosing the date for your observations.

Find out the peak time

Knowing the meteor shower’s peak time is essential because you can see the most meteors during the peak. The meteor shower calendar from the International Meteor Organization will show you peak dates of the upcoming meteor showers.

Find out when the radiant is high in the sky

You don’t have to look directly at the radiant to see the meteors – they can appear anywhere across the sky. However, it’s helpful to know the position of the radiant on the sky’s dome because the higher the radiant is, the more meteors you can see.

To determine where the radiant point is in the sky, you can use the stargazing app Star Walk 2. First, tap the magnifier icon, enter the name of a meteor shower in the search field, and tap the corresponding search result. Then, aim your device at the sky and follow the arrow to find the radiant.

Be aware of the Moon phase

Our natural satellite can easily ruin your meteor-watching experience – the more it’s illuminated, the worse the observing conditions. For this reason, it’s better to choose a date for observation when the Moon’s illumination percentage is the lowest.

You can check the Moon phase using Star Walk 2. Tap the Menu icon in the lower-right corner of the screen and open the Sky Live section. There, you will see the current lunar phase – the number in brackets shows the illumination percentage. Swipe the picture of the Moon to the right to view the Moon phases for any date in the future.

What do you need to watch a meteor shower?

You don’t need any special equipment, like a telescope or binoculars, to enjoy “shooting stars”. However, there are a few things you should take with you.

How to photograph a meteor shower?

Photographing meteor showers takes some skill and a sheer amount of luck because you never know when a meteor is going to appear. But the resulting images of “shooting stars” can be truly stunning! Here are some quick tips on how to photograph meteors.

Thanks for reading this article! We hope it will be useful for you. If you liked the article, please share it with your friends on social media. We wish you clear skies and happy observations!