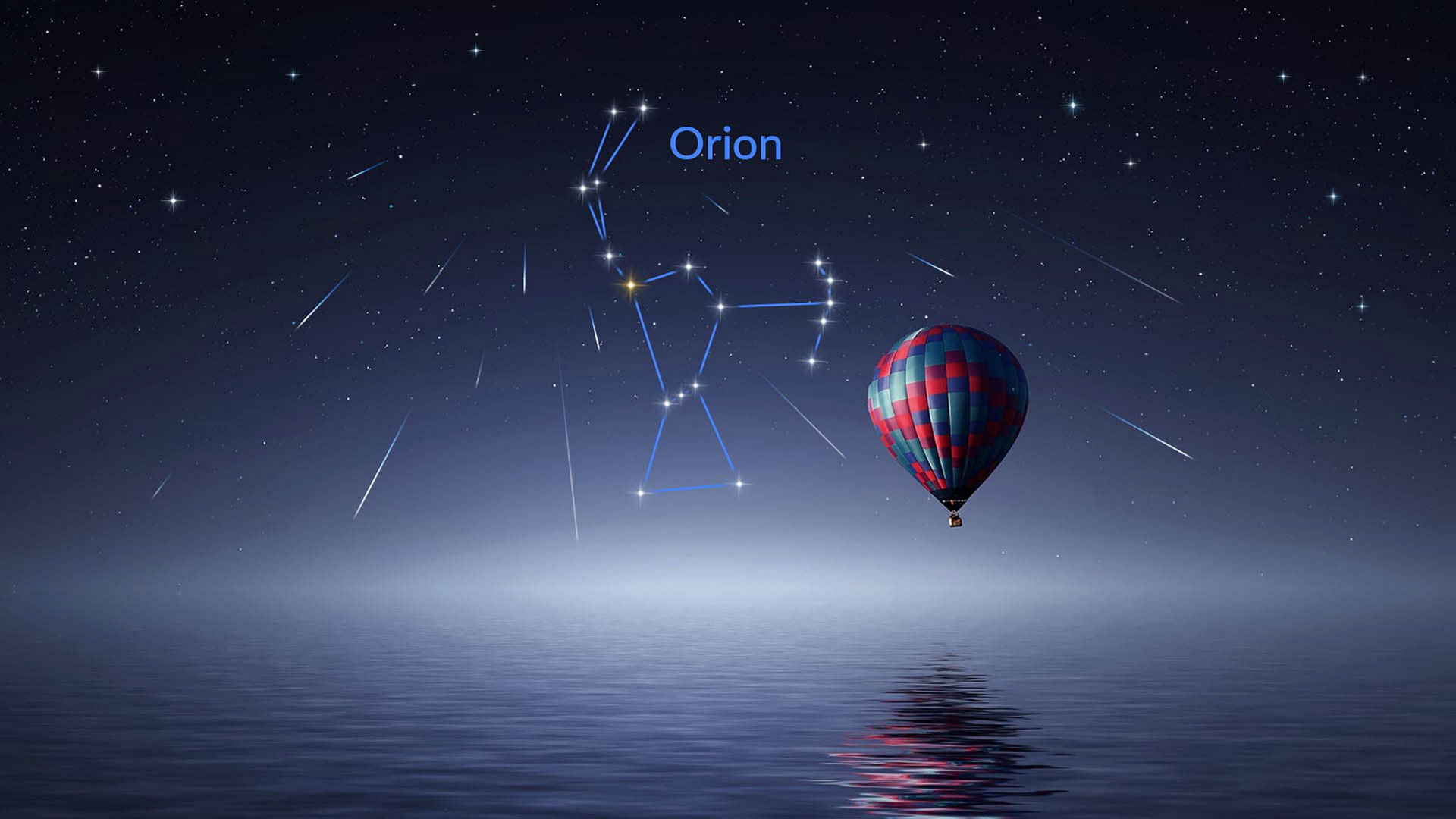 Meet the Orionids — one of the fastest and most prolific meteor showers of the year! Orionid meteors are rapid, so the phrase “blink and you'll miss it” fits them pretty well. In this article, we’ll explain why this stargazing event is truly worth looking for in the night sky!

You can also watch our new video about meteor showers on our YouTube channel.

What is the Orionid meteor shower?

Orionids are considered a major meteor shower. They are active from October 2 to November 7, producing their peak rates of meteors around October 21. On this day, the average number of meteors is approximately 20 per hour, which is more than any other meteor showers of October and even November produce.

The radiant point is located in the constellation Orion, to the north of the bright star Betelgeuse. However, Orionid meteors can appear all over the sky, flying at the speed of 66 kilometers per second. In comparison, the speed of the Perseid meteors is 59 kilometers per second. Orionid meteors aren’t the fastest, but they keep their place at the top of the list. The Orionids are debris left by the comet 1P/Halley. It’s one of the darkest or least reflective objects in the Solar System.

How to view the Orionid meteor shower?

You might think: should I even try to hunt for these meteors if they’re so fast? Yes, you should! Some of these meteors leave glowing “trains” that are incandescent bits of debris in the wake of the meteors. Those “trains” can last from a few seconds up to a minute, creating a spectacular picture in the sky for observers from the Earth. Fast Orionids can also sometimes become fireballs — meteors that appear brighter than any of the stars and planets.

Where can I see the Orionid meteor shower?

The Orionids are observable in both the Northern and Southern Hemispheres. Although the peak of activity is on October 21, you can start watching the meteors earlier. Light pollution can interfere with your observation of “falling stars”, so, if possible, get away from city lights. Luckily, the Moon won’t be an issue because it will be in a waning crescent phase (therefore not very bright) and rising in the early morning.

What time is the Orionid meteor shower?

Look for the Orionid meteors after midnight, from 45 to 90 degrees away from the radiant. From this perspective, they appear more glowy and longer than if you’d look directly at a radiant point. To find the radiant point, use the Star Walk 2 app. Open the application and put the name of a meteor shower in the search field. Then choose it from the list and tap on the compass icon in the upper left corner of the screen to activate the “Star Spotter” function. Move your device following the arrow on the screen to find the radiant point in the sky.

Here is a visual explanation of how to find objects in the sky with the help of Star Walk 2. More videos watch in the Tutorials section on our website.

To avoid missing the Orionids’ peak, set a reminder for the event. You can do it with the Sky Tonight app — another helpful tool for meteor lovers. Open the app, tap the magnifier icon in the lower-left corner of the screen, and type “Orionid peak” in the search field. Flexible search will show you all related events — choose the corresponding search result. In the opened window, tap the bell icon and customize a reminder. Now you definitely won’t forget about the shooting stars!

While observing the Orionids, look for prolonged explosions of light that these meteors produce in the sky. But be patient, you’ll need about 20 minutes to adapt to the dark and start to see meteors. Use only your eyes to watch the sky. Binoculars or telescopes won’t make your observation better, they are designed to see more stationary objects.

Prepare your sleeping bags, blankets, or lawn chair, take a thermos full of hot tea or coffee, and start your stargazing night. Consider this spectacular astronomy event as a perfect chance to get outdoors and spend some time away from the busy city.

Don’t forget to share your experience and pictures on social media, we’ll be happy to know how many Orionids you caught.

Learn about shooting stars this month from the October 2022 meteor shower calendar. There you’ll find the dates, moon illumination, observation forecasts, and more.