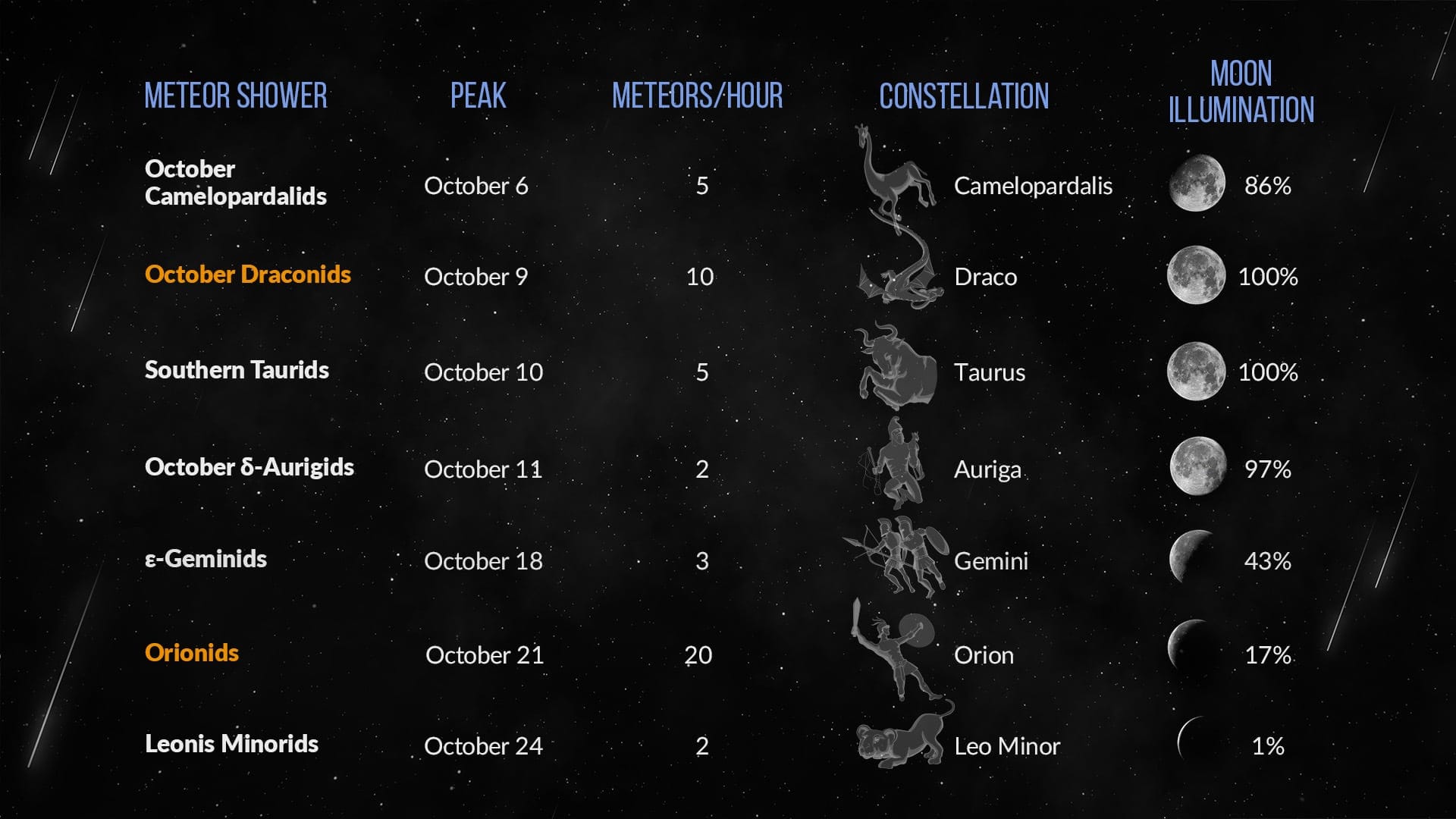 October is rich in meteors: the prolific Orionids, bright Draconids, and five more meteor showers will reach their maximum activity this month! In today’s article, we explain when and where to look for shooting stars.

How to watch a meteor shower

Before we get to the list, remember that for successful meteor shower observations, you need to:

Get more tips for watching meteor showers in our article. To test your shooting stars hunting skill, take the quiz on how to catch a meteor.

These were all seven meteor showers that observers can view in October 2022. Hopefully, this article will help you to schedule a meteor hunt for the month. Use our stargazing apps to learn a radiant location for your sites or the Moon phase for any date.