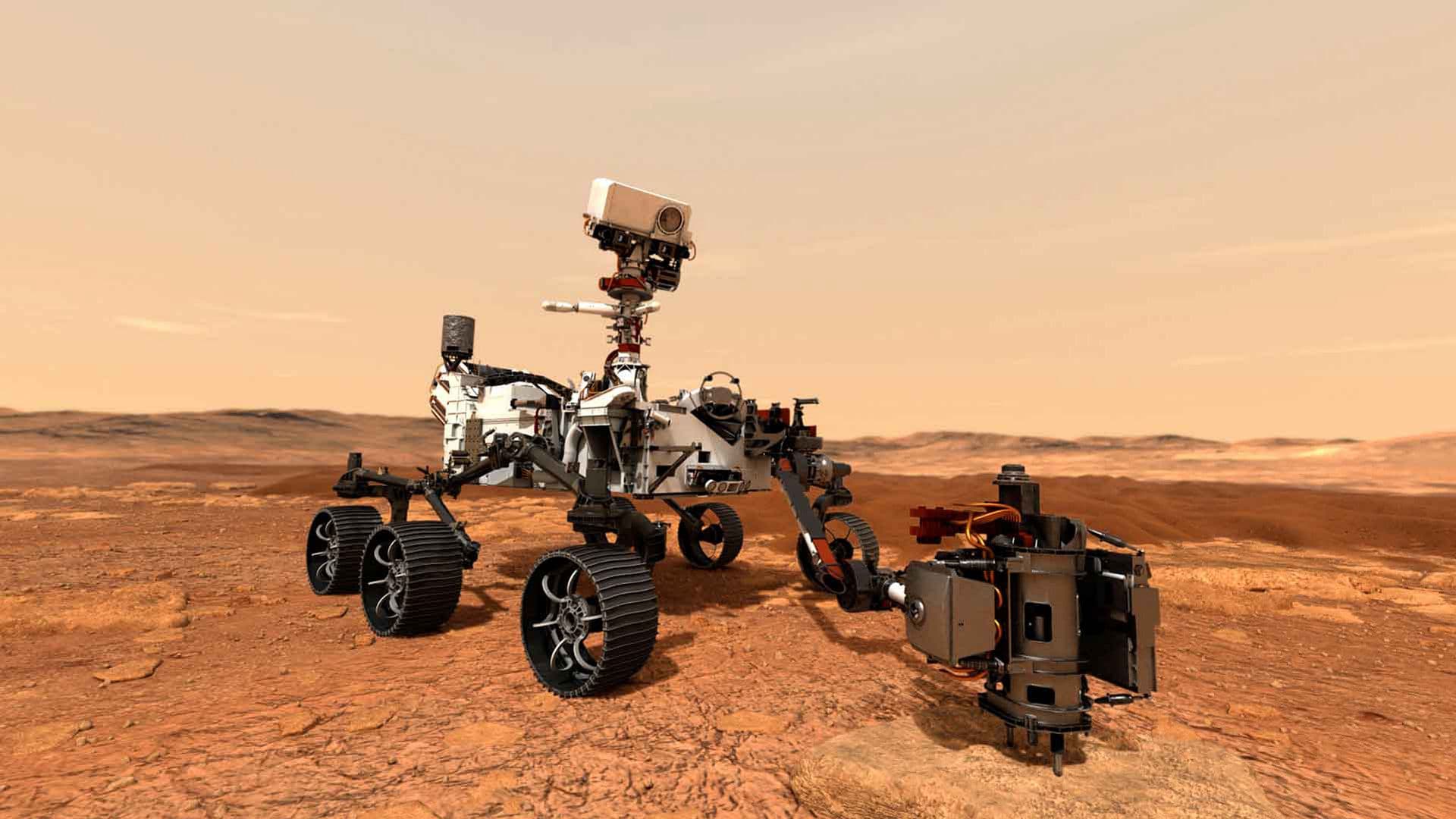 Today, on July 30, 2020, NASA has launched the Mars 2020 mission. During this mission, rover Perseverance will be delivered to Mars to study the planet. In this article, you will learn why humans explore Mars, what goals Perseverance is expected to achieve, and what rovers were its predecessors.

On July 30, 2020, rover Perseverance, which is one of the main three components of NASA’s Mars 2020 mission, has been launched. According to NASA, the rover will land on the Red Planet on February 18, 2021. Perseverance was sent to the region of Jezero crater, which scientists consider to be the ancient river delta. The rover will spend at least one Martian year (about 687 Earth days) on the surface of Mars.

The science strategy of the mission sets the following goals:

Perseverance is equipped with sophisticated scientific instruments and a radioisotope power system that will help to achieve the established goals. Moreover, Perseverance is the first rover to carry microphones; for the first time, humanity will hear the sounds of the Martian surface. The rover is accompanied by the helicopter Ingenuity that will search for locations to study and plan the best driving route.

Observe the most interesting space missions, rovers, and satellites with Solar Walk 2, the encyclopedia of the Solar system. In this app, you’ll find high-quality 3D models of spacecraft, interplanetary stations, and satellites, significant events in the history of space exploration, an astronomical calendar, and much more.

Why do we explore Mars?

According to scientists, Mars resembles the Earth more than any other planet in the Solar system. Also, the environmental conditions on Mars are the most suitable for exploration. The studies of the Red Planet revealed the presence of water molecules in Martian glaciers and discovered multiple riverbeds. As the Martian atmosphere was destroyed, part of the water from these ancient rivers might have evaporated into space, and the other part might have turned into the eternal ice under the Mars surface.

Moreover, the data provided by satellites and telescopes allowed scientists to detect the presence of methane in the Martian atmosphere. Release of this natural gas can only be caused by volcanic activity or certain organisms. There are no active volcanoes on Mars, so the assumption of the microbial life existence is worth consideration. The microbes should be sought in the Martian soil and glaciers: there are no habitable conditions on the Mars surface due to thin atmosphere and large amounts of radiation.

These and other factors (such as axial tilt, alternation of seasons, and mineral diversity) make the planet extremely interesting to study. Perseverance is hardly the first rover sent to Mars. For more than half a century humanity has tried to get exhaustive and reliable information on this planet. Let’s remember the predecessors of Perseverance.

Mars-2 and Mars-3 were rovers of the Soviet Mars program launched on May 19 and 28, 1971, respectively. Mars-2 failed to land and crashed on the Mars surface, having become the first man-made object to reach it. Mars-3 managed to successfully land on the Red Planet on December 2, 1971, but failed 20 seconds after landing.

Sojourner, the rover of the Mars Pathfinder mission, was the first robotic vehicle to rove another planet. It successfully reached the surface of Mars on July 4, 1997. The rover analyzed the atmosphere, climate, rocks, and soil of the planet for three months. Sojourner returned a lot of images, chemical analyses of rocks and soil, and the data on the Martian climate.

Twin rovers Spirit and Opportunity landed on Mars on January 4 and February 13, 2004, respectively. These robotic geologists of NASA’s Mars Exploration Rovers mission carried sophisticated science instruments for investigations of the atmosphere and geology and were equipped with solar batteries. Spirit and Opportunity found evidence for past intermittently wet environmental conditions that could have supported life.

Both rovers outlived their planned lifetimes. In 2009, Spirit got stuck in Martian sand and its final communication to Earth was on March 22, 2010. Opportunity entered hibernation on June 12, 2018, due to a dust-storm that prevented sunlight from getting to the surface of its solar batteries. The rover ceased communications and the mission was declared complete in February 2019.

Curiosity is the rover of NASA’s Mars Science Laboratory mission which was launched in November 2011. It landed on Mars on August 6, 2012. Scientists sent the rover to Gale Crater, where the deepest layers of soil are observable, presenting the history of Mars written in soil and rocks. The rover is equipped with a radioisotope power system that makes it invulnerable to dust-storms and independent from solar energy. Early in its mission, Curiosity's scientific tools found chemical and mineral evidence of past habitable environments on Mars. In 2020, Curiosity still continues to explore the planet.

Use Solar Walk 2 to observe detailed 3D models of Sojourner, Spirit, Opportunity, and Curiosity and learn more about amazing discoveries made by them.

Follow us on social media to keep abreast of the most noteworthy astronomical events.