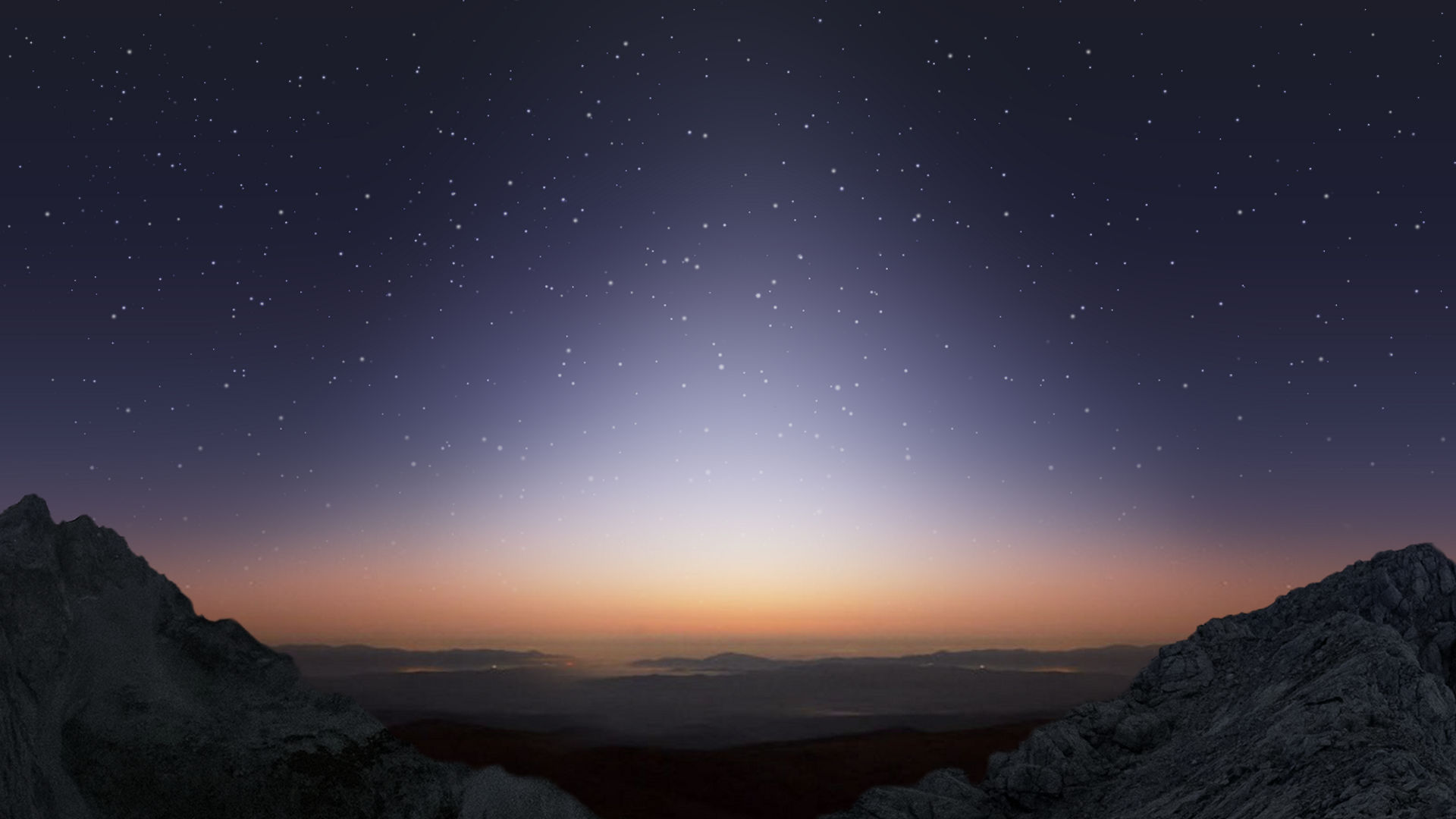 Have you seen that hazy pyramid of light above the horizon after sunset? It’s the zodiacal light. Now is the best time for viewing this rare and mysterious astronomical phenomenon in all its glory. Here’s how and where to look.

What is the zodiacal light?

Zodiacal light is a faint triangular white glow extending up from the horizon and centered on the ecliptic. This phenomenon is caused by the reflected sunlight from interplanetary dust particles concentrated in the inner Solar system. Zodiacal light can be seen with the naked eye under dark skies. For observers, it looks like a pyramid-shaped glow rising from the horizon, whose brightness decreases with distance from the Sun. This rare celestial event can be observed after sunset in spring and before sunrise in autumn.

How can I see the zodiacal light? Where and when to look?

If you live in the Northern hemisphere, look above the western horizon to catch a glimpse of the zodiacal light about 80 to 120 minutes after sunset. The glow will appear after dusk for the next two weeks, before the new moon on March 24. You can use Venus as a reference point to find the zodiacal light, as it will be directly below the brilliant planet. One more reference point is the constellation Taurus. The zodiacal light will extend upwards from the horizon toward Taurus. To locate Venus and Taurus in your sky, use the stargazing app Star Walk 2.

You will need a clear dark sky or any location without light pollution to observe the zodiacal light in all its splendor. Don't confuse the glow with the Milky Way, which can be seen upwards from the northwestern evening horizon at this time of year.