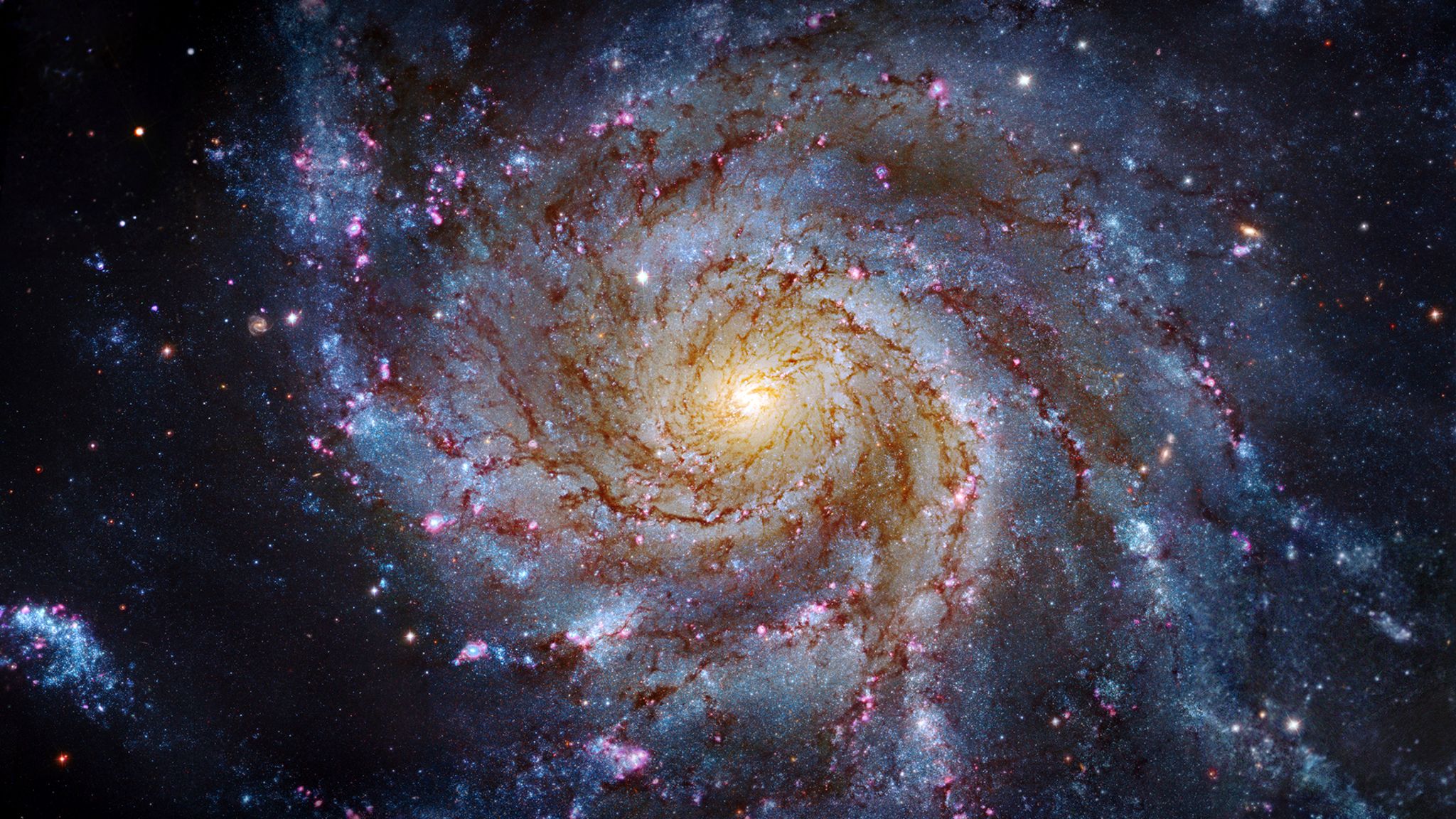 In late evening during early April every year, the Big Dipper stands upright in the northeastern sky. The bright star Alkaid marks the tip of its handle. The Pinwheel Galaxy is a spectacular, large face-on spiral galaxy, also designated as Messier 101, sits a palm’s width to the left (north) of Alkaid, forming an equilateral triangle with Alkaid and Mizar, the star at the bend in the dipper’s handle. Although relatively bright and close to us (21 million light-years away), the Pinwheel Galaxy is fairly dim because its light is spread out over a large patch of sky. It’s actually as wide as the full moon!

Searching about four finger widths (3.5°) from Alkaid in the opposite direction, you will come to the iconic spiral Whirlpool Galaxy, also known as Messier 51. This galaxy’s angular size (diameter in the sky) is much smaller, but it will appear brighter in your telescope. It also features a secondary galaxy core. The two galaxies are linked by a bridge of material.

Draw a line diagonally across the dipper’s bowl by connecting the stars Phecda to Dubhe, and then extend that line by an amount equal to their separation. There you will find Bode’s Nebula, otherwise known as Messier 81 and Messier 82. M81 is a magnitude 6.9 spiral galaxy oriented not quite face-on to Earth, making it larger than M82. M82, located half of a degree to the north of M81, is smaller, but brighter due to its nearly edge-on orientation. Several other fainter galaxies can be found within a few degrees of Bode’s Nebula.

For a bonanza of galaxies, aim a telescope at the sky midway between the stars Denebola, which marks Leo’s (the Lion) tail, and Vindemiatrix, the star that marks Virgo’s (the Maiden) left arm. This is the heart of the Virgo Cluster of galaxies. Dozens of brighter galaxies populate this area of the sky, including a curved row of them more than two finger widths long known as Markarian’s Chain. Those galaxies are also sitting about three fist diameters to the right of the very bright star Arcturus in Bootes (the Herdsman).