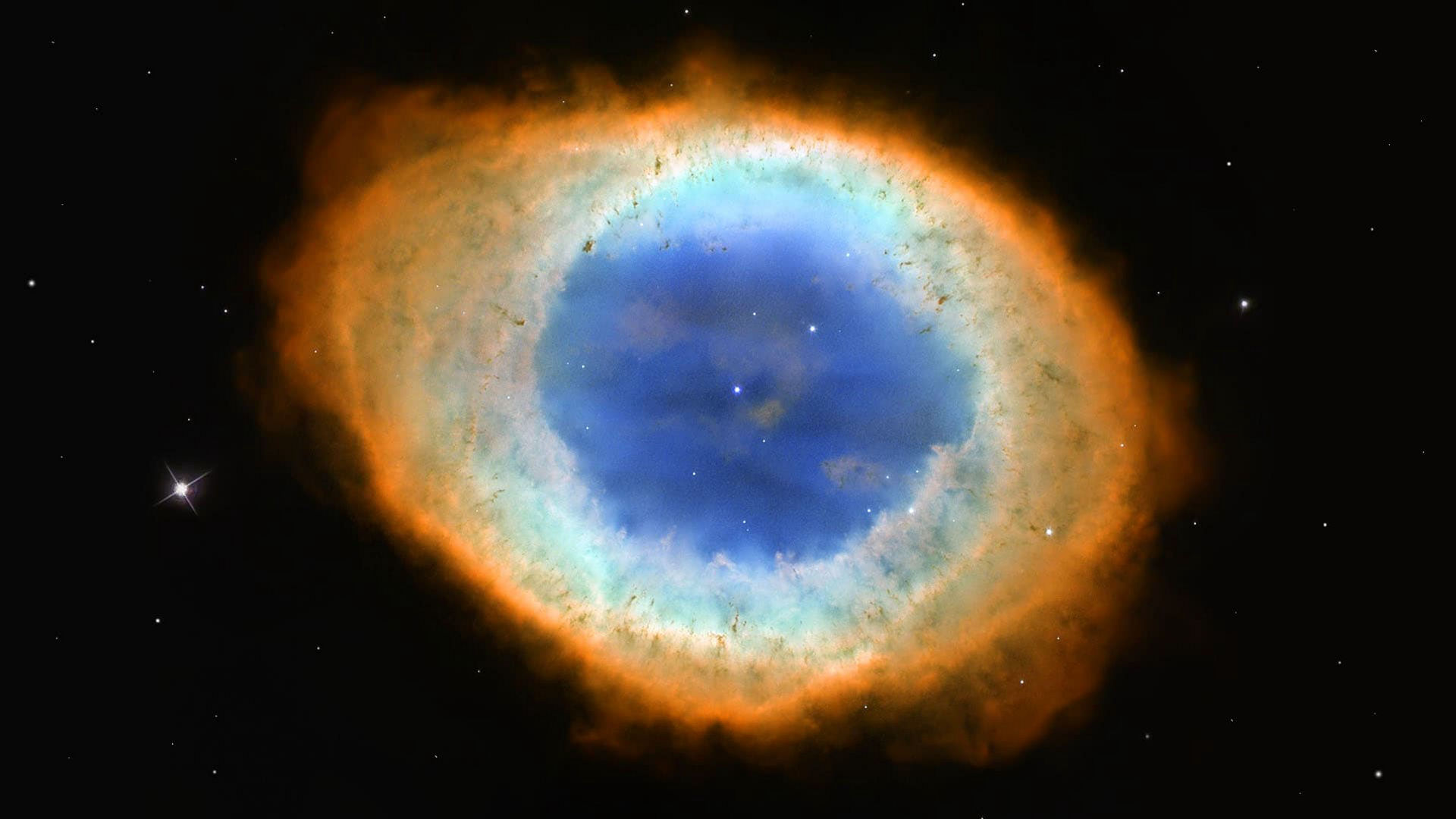 If you’ve ever wanted to get more advanced with your astronomical observations and dive into the fascinating world of deep-sky objects, right now is a great time to start. For today’s article, we’ve picked the five most spectacular deep-sky objects that you can see in November. All the objects can be easily found in the sky with the help of our stargazing apps.

What is a deep-sky object?

The term “deep-sky object” (DSO) is mostly used by amateur astronomers to denote astronomical objects outside the Solar System that are not individual stars. DSOs include galaxies, planetary nebulae, and star clusters.

The first on our list is the Triangulum galaxy, cataloged as M33 or NGC 598. The galaxy itself is spiral-shaped; its name derives from the triangle-shaped constellation Triangulum, where it can be spotted. It’s the third-largest member of the Local Group of galaxies, following the Andromeda Galaxy and the Milky Way. The Triangulum galaxy is about half the size of our Milky Way and contains about 40 billion stars, compared to 400 billion for the Milky Way and 1 trillion stars for the Andromeda Galaxy.

At magnitude 5.7, the Triangulum galaxy is one of the most distant objects that can be seen with the naked eye. However, you’ll need ideal observation conditions and sharp eyes to spot it. It’s much easier to view the galaxy through binoculars or a small telescope. You can find the Triangulum galaxy in the sky using Star Walk 2 or Sky Tonight: tap the magnifier icon, type the galaxy’s name in the search field, and the app will show you its current location.

If you have a chance to see the NGC 891 galaxy, located in the constellation Andromeda, you might notice that it looks oddly familiar: its elongated shape strongly resembles the Milky Way as seen from Earth! NGC 891 looks so similar because we view it edge-on and not from above or below. Our view of the Milky Way is approximately the same, as we live inside the galaxy’s disk. NGC 891 is also a spiral galaxy like ours and has a similar size and luminosity. Given its magnitude of 10.0, this galaxy is visible through small or medium-sized telescopes.

Next up is the first planetary nebula ever discovered – the Dumbbell Nebula, also known as M27 or NGC 6853. It is located in the constellation Vulpecula. The nebula is shaped as an irregular sphere whose brighter area looks like a half-eaten apple. For this reason, it’s sometimes called the Apple Core Nebula. The Dumbbell Nebula suits very well for amateur astronomical observations: it has a magnitude of 7.4 and an apparent diameter of 8 arcminutes which means you can spot it even with binoculars on a perfectly dark sky.

The Ring Nebula (a.k.a. M57 or NGC 6720) is the second planetary nebula ever discovered. It is located in the constellation Lyra, south of the bright star Vega. The Ring Nebula’s distinctive round shape is reminiscent of a ring or a bagel, hence its name. This nebula is also relatively bright (magnitude 8.7), which makes it a popular target for amateur astronomers. However, it’s too small to be seen with binoculars, so prepare your telescope if you want to observe it.

Last but not least is the Messier 92 star cluster situated in the constellation Hercules. It belongs to the category of globular clusters – spherical collections of stars that are much older and have much more stars than open clusters. M92 is one of the oldest and brightest globular clusters in the Milky Way and contains about 330,000 stars. With a magnitude of 6.3, M92 can be easily spotted with binoculars or a small telescope. You can even see it with your naked eye under good observing conditions.

Bottom line: Now you know about the best deep-sky objects you can see this November. Some of the targets we’ve mentioned are visible through binoculars or even with the naked eye, so you should definitely get outside and try to spot them in the sky. The Star Walk 2 and Sky Tonight apps will help you locate the objects.