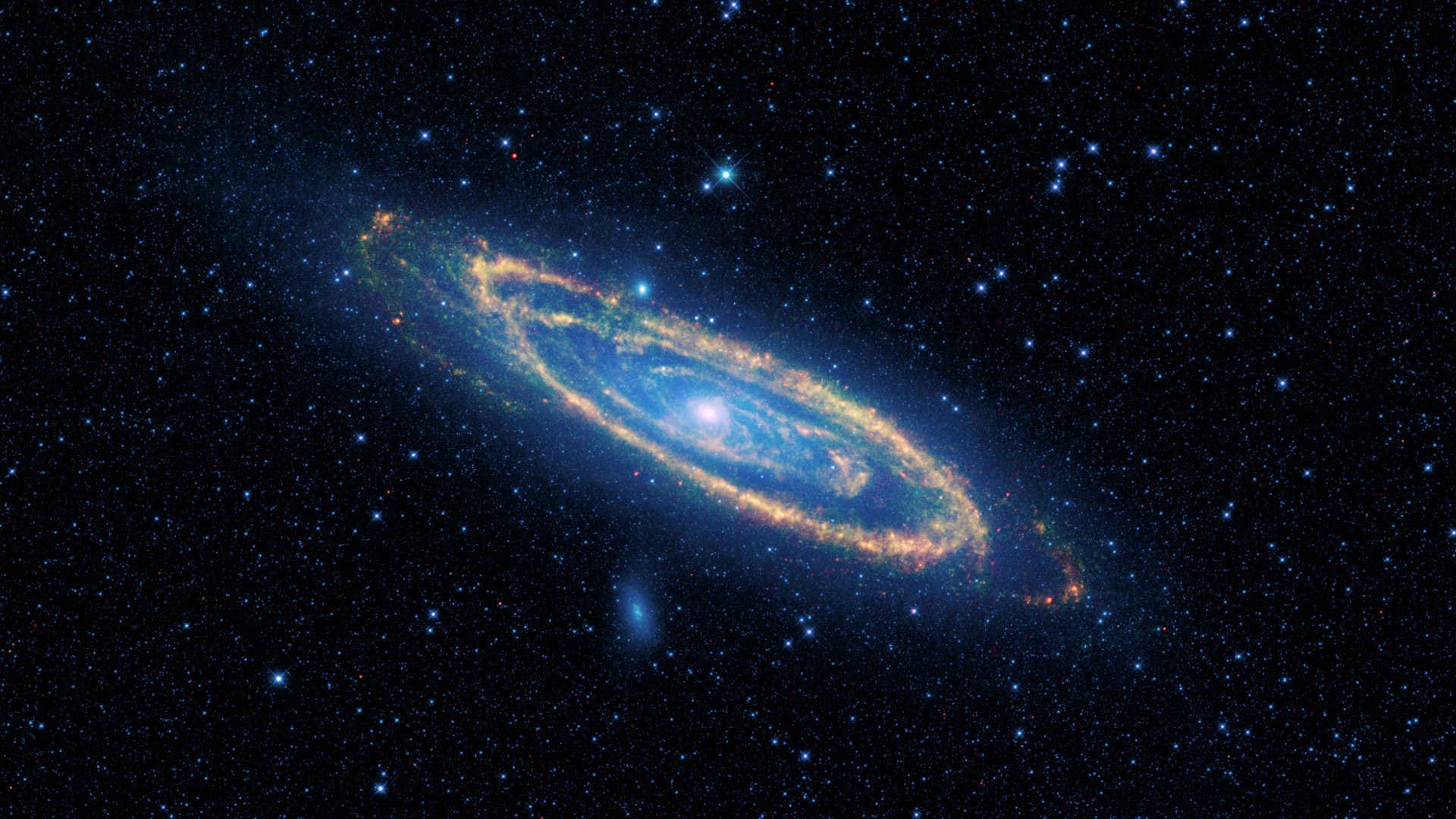 It’s the season to look for the farthest object a human eyeball can see without help – the Andromeda Galaxy, or Messier 31. This large spiral galaxy is a big sister to our own Milky Way galaxy. It sits 2.5 million light-years away from our Sun, meaning that its stars’ light has been journeying for that length of time. And, if there are alien astronomers living there and looking back at us, they are seeing our Solar system as we appeared 2.5 million years ago!

Where is the Andromeda Galaxy in the night sky?

In mid-September, the Andromeda Galaxy sits just less than halfway up the east-northeastern sky at 9 p.m. local time. (It will be higher later on.) To locate it, you can first find the medium-bright star Mirach. It’s the second star when hopping left from Alpheratz, which marks the eastern corner star of the Great Square of Pegasus. Then look for a dimmer star shining a few finger widths above Mirach. The Andromeda Galaxy is higher again by that same distance. Alternatively, you can use the three stars that make up the right-hand “V” of the “W-shaped” constellation Cassiopeia. They form an arrow that points directly at M31.

How to find the Andromeda Galaxy with the naked eye?

Under dark skies, using your unaided eyes only, you should be able to see a faint fuzzy patch that is elongated left to right. Try directing your attention a little ways away from the galaxy and it will brighten – the averted vision trick! The galaxy spans six Full Moon diameters across the sky, but only its bright core and the surrounding, inner halo are usually seen visually. The galaxy is quite easy to see with binoculars. The giant galaxy is a cool object to see!

How to see the Andromeda Galaxy through a telescope?

Because telescopes have fields of view that are too narrow to see the entire galaxy, they’ll generally only show you Andromeda’s bright core. While looking, see if you can make out M31’s two small, fuzzy-looking companions, the small elliptical galaxies designated M32 and M110. M32 is closer to the main galaxy’s core and is situated just to the lower right. M110 is above the main core and is slightly farther away. At 2.49 million light-years, M32 is closer to us than the Andromeda Galaxy; while M110 is 200,000 light-years farther away. (Most telescopes will flip and/or mirror image those directions.)

How to find the Andromeda Galaxy with stargazing apps?

Triangulum Galaxy (M33) – the other Messier object to observe in September

Another large galaxy, called Messier 33 in Triangulum, is 2.75 million light-years away. Observers with very keen eyes under very dark sky conditions can sometimes see it, too – setting the record. This galaxy is tougher because it is oriented nearly face-on to Earth – so its light is spread across a large patch of sky (equal to 1.5 Full Moon diameters), making it dimmer overall. It sits only 1.3 fist diameters below M31, a palm’s width below the star Mirach. Photos and sky charts showing both galaxies can be found here.

About the author: Chris Vaughan, aka Astrogeoguy, is an award-winning astronomer and Earth scientist based near Toronto, Canada. He is a member of the Royal Astronomical Society of Canada and an operator of the historic 74˝ telescope at the David Dunlap Observatory. Chris writes for SkyNews magazine and Space.com and weekly presents his own Astronomy Skylights blog read worldwide.