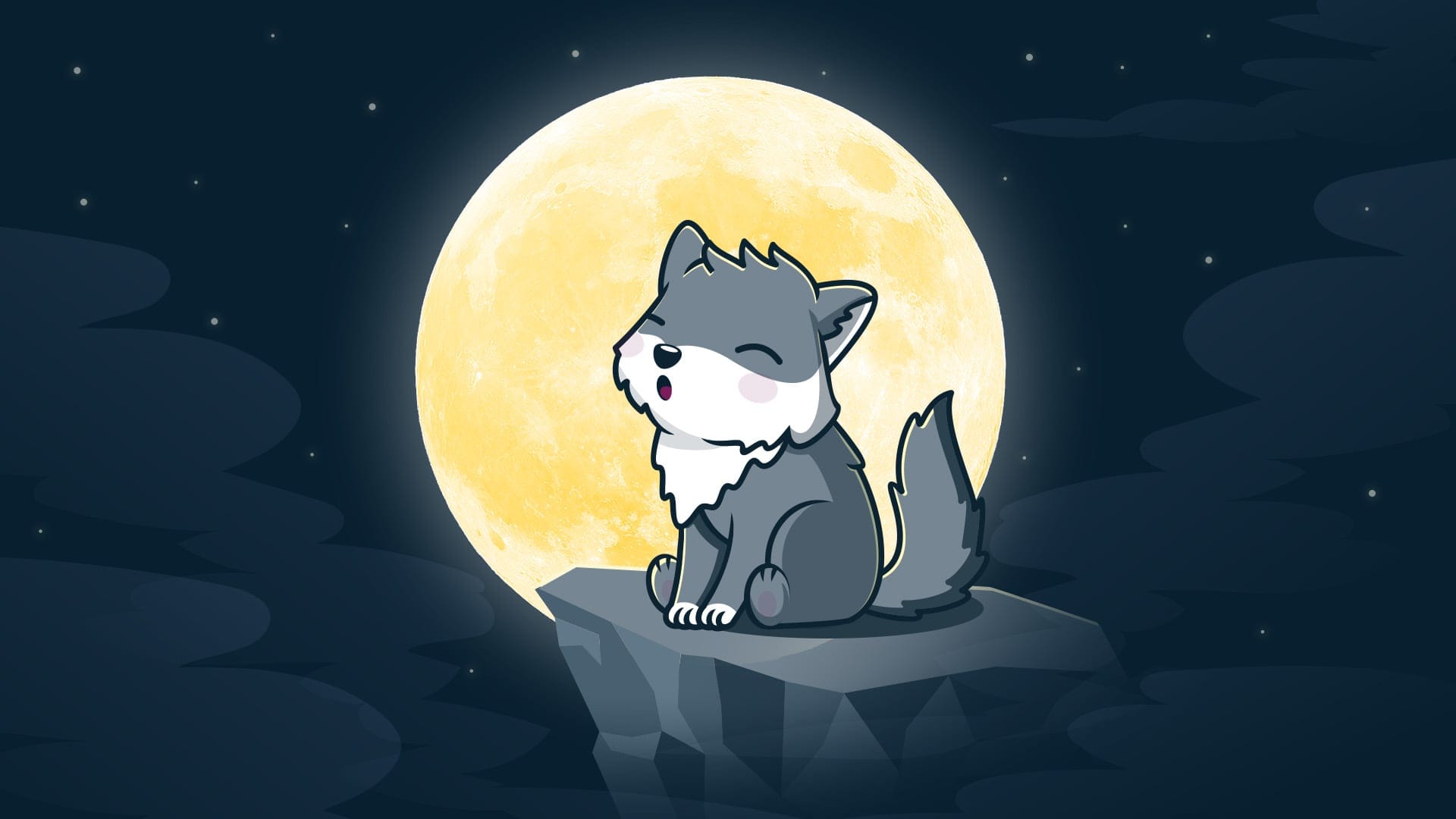 The first of 13 Full Moons this year will occur on January 6. It’s widely known as the Wolf Moon — read on to learn what these wild animals have to do with our natural satellite. You’ll also learn the best time and date to observe the Full Moon. Let’s get started!

The exact time of the Full Wolf Moon is January 6, 2023, 23:08 GMT (6:08 p.m. EST). At this moment, the Moon will reach its peak brightness, shining with a magnitude of -12.35. Our natural satellite is the brightest object in the night sky and very easy to observe even without special equipment. The lunar disk will look full for several days to the naked eye, starting around January 5.

The Full Moon in January will be the first of two micromoons this year. For observers, this means that the Moon will appear slightly smaller and less bright than a regular Full Moon.

To be honest, micromoons and supermoons are mostly media hype. An average observer can’t really see a difference between them. But here is a challenge for you for this year! Take a picture of each Full Moon in 2023 and compare all the pictures at the end of the year. To learn how to photograph the Moon on a camera or smartphone, read our guide.

Visible planets and stars near the Full Moon in January

The Full Moon is beautiful on its own, but being aware of the bright stars next to it will make your stargazing night even better.

After the Moon-Mars conjunction on January 3, the planet and our natural satellite will stay relatively close in the sky for a couple more days. You won’t mistake Mars for any other sky object — it recently reached an opposition and now appears as a prominent reddish dot, rivaling the brightest stars. Below Mars (or above, if you’re closer to southern latitudes), you’ll find another red dot — it’s Aldebaran, the “eye” of Taurus.

Do you enjoy viewing Mars? Then watch it at opposition in December 2022. Learn why this will be the best time to see the Red Planet till 2033.
See Infographic

While observing the Moon these days, you might notice some “shooting stars” — most likely those are the Quadrantids meteors. This strong meteor shower reaches its maximum activity on January 4. Unfortunately, in 2023, most of the meteors will be washed out by the bright moonlight.

To identify sky objects, use the sky map app — Sky Tonight. Launch the app and point it up into the sky. Sky Tonight will show you the names of all stars, planets, galaxies, and other celestial bodies. Tap a big blue button in the lower part of your screen to turn on the AR mode.

What is a Wolf Moon?

People from different cultures gave Full Moons names that represented the peculiarities of a lunar month in which they occur. Throughout cold January nights, the howling of wolves could be heard around villages in both Europe and America, so the January Full Moon became widely known as the Wolf Moon.

People used to believe that wolves howl because of winter hunger, but today we know that wolves generally use vocalizations to communicate, reinforce social bonds, and coordinate hunting.

Full Moons are called differently in other cultures. Some people didn’t put wolves at the forefront and highlighted the other peculiarities of the month. Here are some examples:

The next Full Moon, widely known as the Snow Moon, will occur on February 5, 2023. We’ll provide more details in an article closer to the date.

To learn the schedule of all the Full Moons in 2023 and their names, check out our new infographic (the Supermoons are included)! Share the infographic on social media if you like it.

Now you know when to see the first Full Moon of 2023 and what it has to do with wolves. If you have any questions, don’t hesitate to ask us on social media. 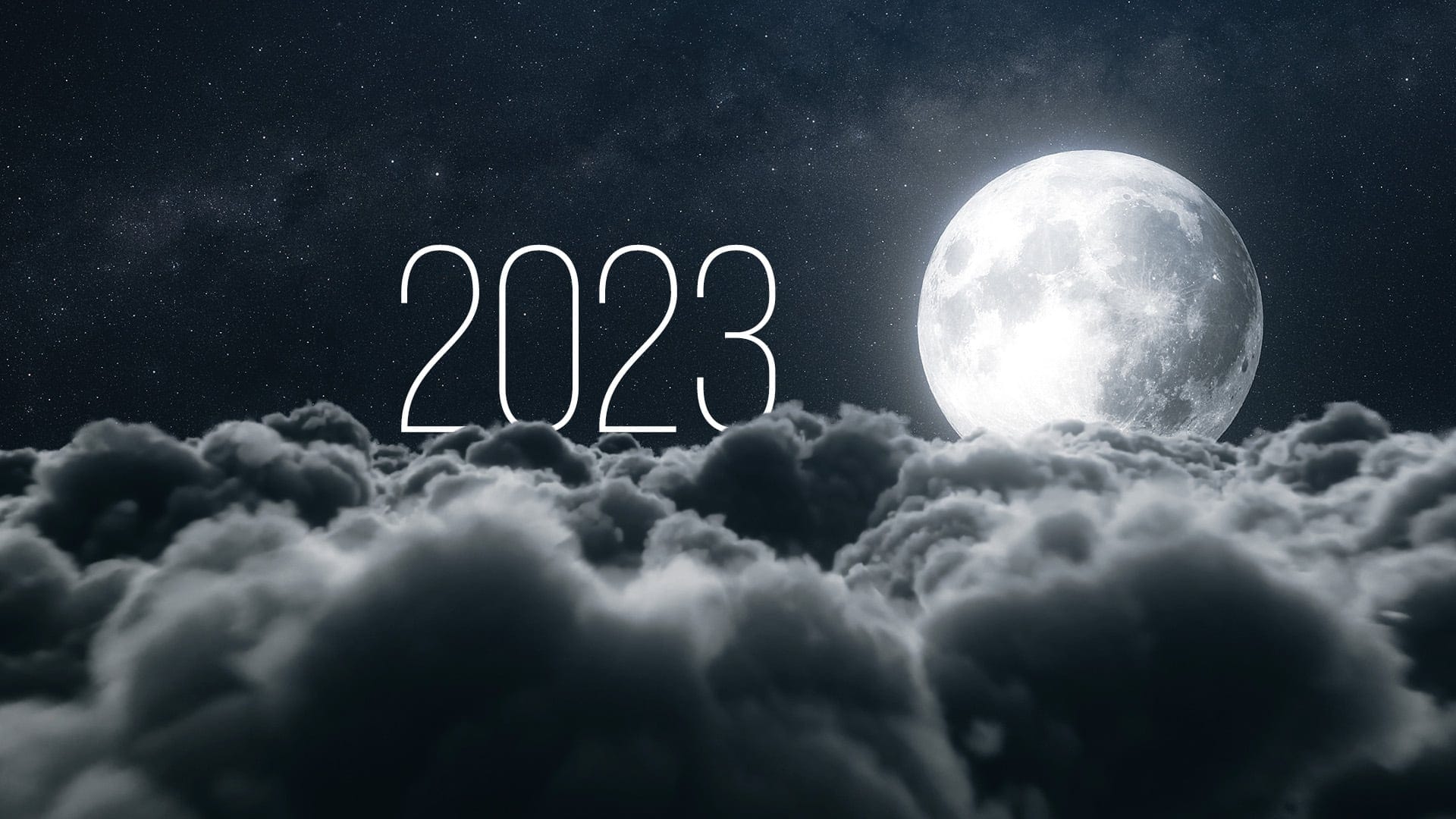 In 2023, we’ll see 13 Full Moons, including one Blue Moon and four Supermoons. Check the dates and name meanings for each of the Full Moons this year.