At the beginning of December, Mars will reach opposition with the Sun, offering the year’s best view of the Red Planet. Learn why this celestial event is an absolute must-see.

Mars will reach opposition on December 8, 2022, at 05:35 GMT (00:35 EST). The Red Planet will be positioned on the opposite side of the Earth from the Sun, and the three bodies will form a nearly straight line in space.

What does this mean for you as an observer? It means that you absolutely should go and see Mars in the sky! Here are a few reasons why.

Note that you can start observing Mars right now without waiting for the opposition. The planet is already big and bright in the sky and will continue to brighten until December 8. Check out our infographic to learn more about the Mars opposition in a cool graphic format.

Do you enjoy viewing Mars? Then watch it at opposition in December 2022. Learn why this will be the best time to see the Red Planet till 2033.
See Infographic

How to spot Mars in the sky?#

Mars is quite easy to find and distinguish from other celestial bodies, especially at the moment of opposition. It will appear as a bright reddish dot in the constellation Taurus — between the stars that make up one of the Bull’s “horns”. The planet will rise above the northeastern horizon at sunset and reach the highest point in the sky in the southeast by midnight.

The Mars opposition in 2022 is especially favorable for the Northern Hemisphere observers, as the planet will be positioned much higher in the sky there. The planet is easily visible with the naked eye, but you can also use binoculars or a telescope for its observation. This year, Mars will be tilted to the Earth so that both of its polar regions will be visible through a medium or large telescope. However, you won’t see the ice caps: the northern ice cap is now covered by a thick layer of clouds, while the southern cap has shrunk considerably during the summer season.

The easiest way to locate Mars in the sky is to use a stargazing app — for instance, Sky Tonight or Star Walk 2.

First, download Sky Tonight on your iOS or Android device.

First, download Star Walk 2 on your iOS or Android device.

On the night of the Mars opposition, you’ll be able to see another celestial event — a conjunction of the Moon and Mars. The Full Moon will pass 0°32' from the Red Planet in the constellation Taurus.

Observers from Northern America, Europe, and Northern Africa are especially lucky as they will also have a chance to witness a lunar occultation of Mars on the same night. At the time of the occultation, the Moon will pass in front of Mars, completely covering it!

When is the next opposition of Mars?#

The next Mars opposition will occur on January 16, 2025. It will be less spectacular than this year’s opposition: the Red Planet will be farther away from the Earth, so it will appear a bit dimmer (magnitude -1.4) and smaller (angular size 14.6″) in the sky. Well, all the more reason for you not to miss the Mars opposition in 2022!

Bottom line: Mars will reach opposition on December 8, 2022. At this moment, the Red Planet will be at its biggest and brightest for the whole year. The next opposition of Mars will occur only in 2025. 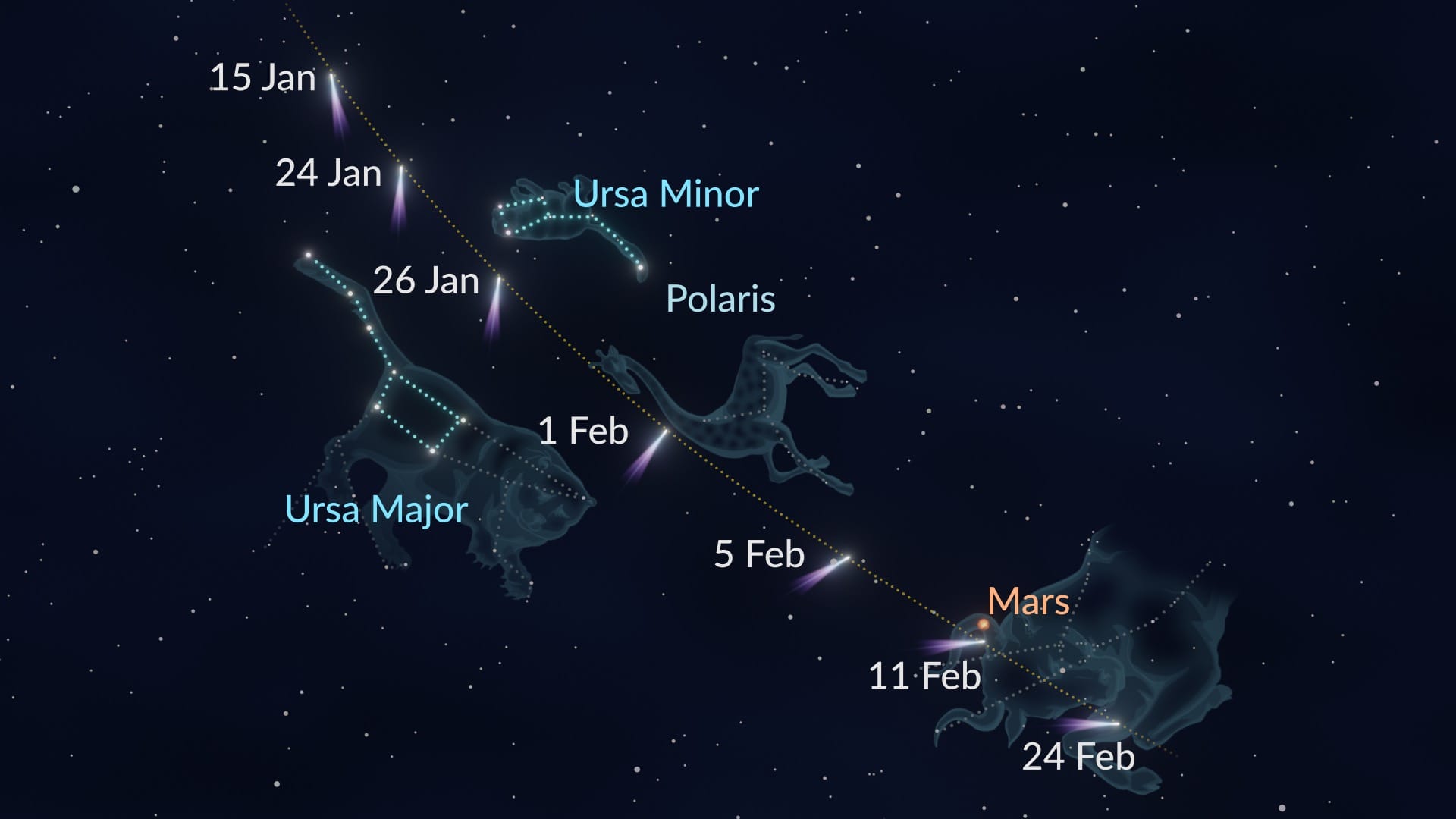