The Moon Illusion: Why Does The Moon Appear So Big? 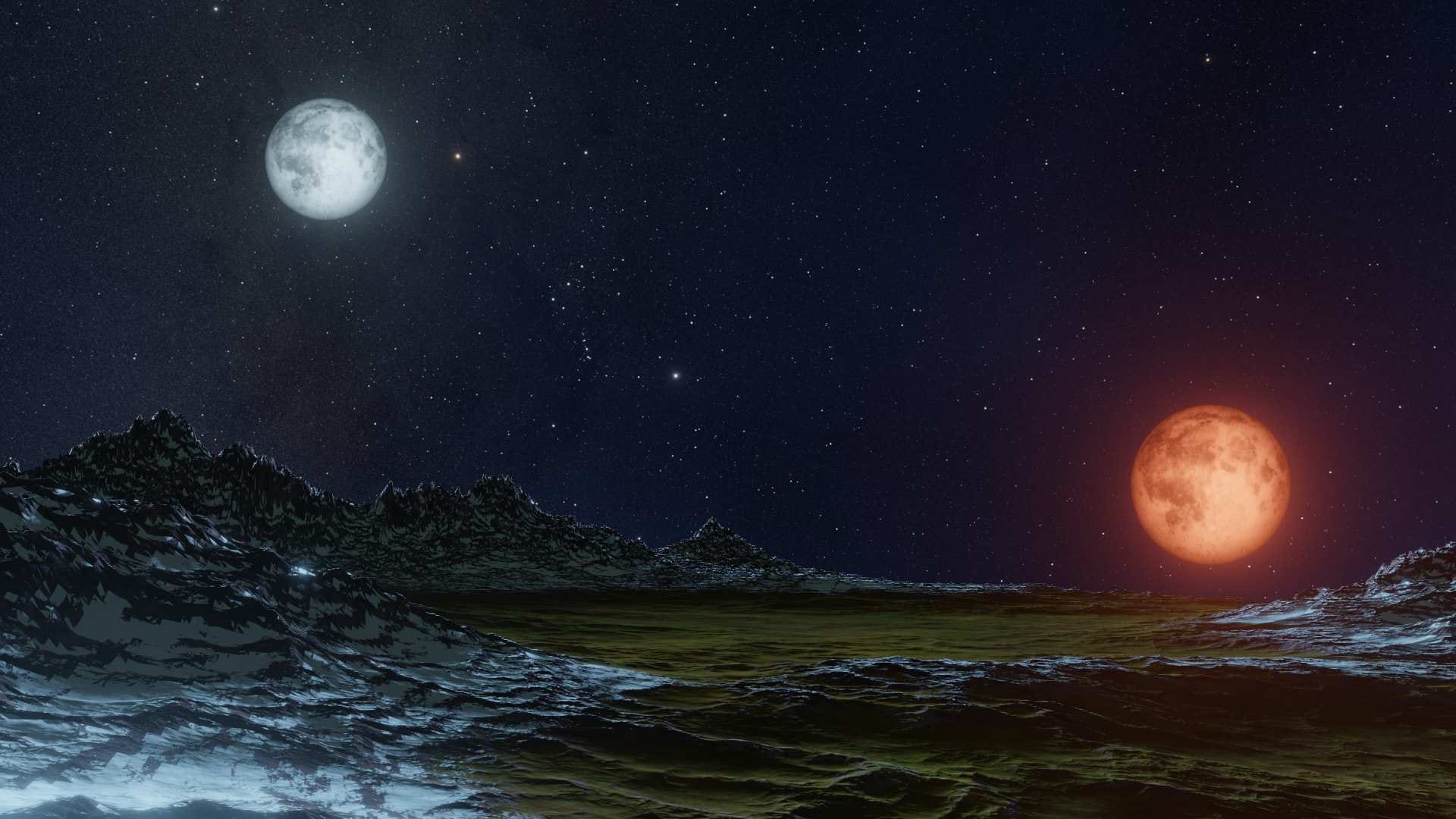 The huge Moon hanging near the horizon is captivating. But what if we tell you that part of its beauty is just an optical trick? The Moon illusion has puzzled humanity since the 4th century B.C. Let’s learn about it and see if the Moon can still cast its spell on us.

Why is the Moon so big tonight?

The Moon may seem bigger for two reasons:

To learn more about the first reason, see our Supermoon guide. Here we will discuss the Moon illusion.

What is Moon Illusion?

The Moon illusion is an optical illusion in which the Moon appears larger when it’s near the horizon than when it’s at the zenith. The Sun and constellations are also subject to this effect. It was first mentioned in “Meteorology” (350 B.C.E.) by the Greek philosopher Aristotle who attributed the phenomenon to the reflection of light. As of yet, there is no consistent explanation for the Moon illusion.

How to prove the big Moon is just an illusion?

One thing we know for sure about the Moon illusion is that it’s in our heads. And here is how to see through it:

You don’t even need to compare the low-hanging Moon with the zenith Moon to break the illusion momentarily. If you just look at the “huge” Moon through a paper tube or in the photo you’ve taken, you’ll be immediately disappointed because the illusion only works when you see the Moon in real-time with all the surroundings.

The Moon seems bigger because of an optical illusion, but the question is — which one? There is no solid answer yet, so scientists continue to search for it. Let’s have a look at several common theories.

In the 4th century B.C., Aristotle mentioned that celestial objects appear bigger on the horizon. He assumed that the Earth’s atmosphere acts like a water lens magnifying the image of the low-hanging Moon, Sun, and stars. The Greco-Egyptian astronomer Ptolemy and Greek astronomer Cleomedes suggested similar theories in the 2nd century A.D.

In the 11th century, an Arab scholar Ḥasan Ibn al-Haytham suggested a theory by which we don’t perceive the sky as a hemisphere but as a flattened dome. According to this idea, the distance to the highest point in the sky appears much shorter than the distance to the horizon. That’s why the lunar disk seems closer at the zenith and is perceived as a smaller object, while the low-hanging Moon appears to us further away, hence we presume it to be bigger. Our brains just can’t comprehend that the Moon’s distance from us doesn’t change much from its position in the sky.

According to the illusion, discovered in the 1890s by the German psychologist Hermann Ebbinghaus, we perceive objects’ size relative to the context. The typical illustration shows two circles — the first surrounded by large circles and the second surrounded by small circles. The first one seems to us smaller, even though the circles are equally sized. As for the Moon, it may appear larger when the trees, houses, and mountains surround it than when we only see the huge expanses of the sky around.

As the Italian psychologist Mario Ponzo demonstrated in 1911, if we place two identical objects over a pair of converging lines, the upper one will look bigger than the lower one. The phenomenon is also called “railway lines illusion.” The houses, trees, and other objects may serve as “railway lines,” creating the linear perspective where the Moon is far from us, therefore big.

As one of the newest theories called “Convergence micropsia” suggests, our brain judges the distance to objects and their apparent size by the focus of our eyes. When looking at the low-hanging Moon, we focus far off into the distance perceiving the Moon as a big faraway object. High in the sky, though, there is nothing to focus on, so our eyes set for a default focus which is just a few meters, and our brain takes the Moon to be close and small.

Why are all of these theories unconvincing?

As interesting as all of these theories may sound, there are arguments against each of them:

How to photograph the big Moon?

To make the Moon seem huge in a photo, you also need to create an illusion of sorts but using technical methods. Here is a simple guide:

Bottom line: The Moon seems bigger near the horizon because of the “Moon illusion.” This optical trick still doesn’t have one solid explanation, but we can continue to search for an answer while enjoying the Moon’s beauty.