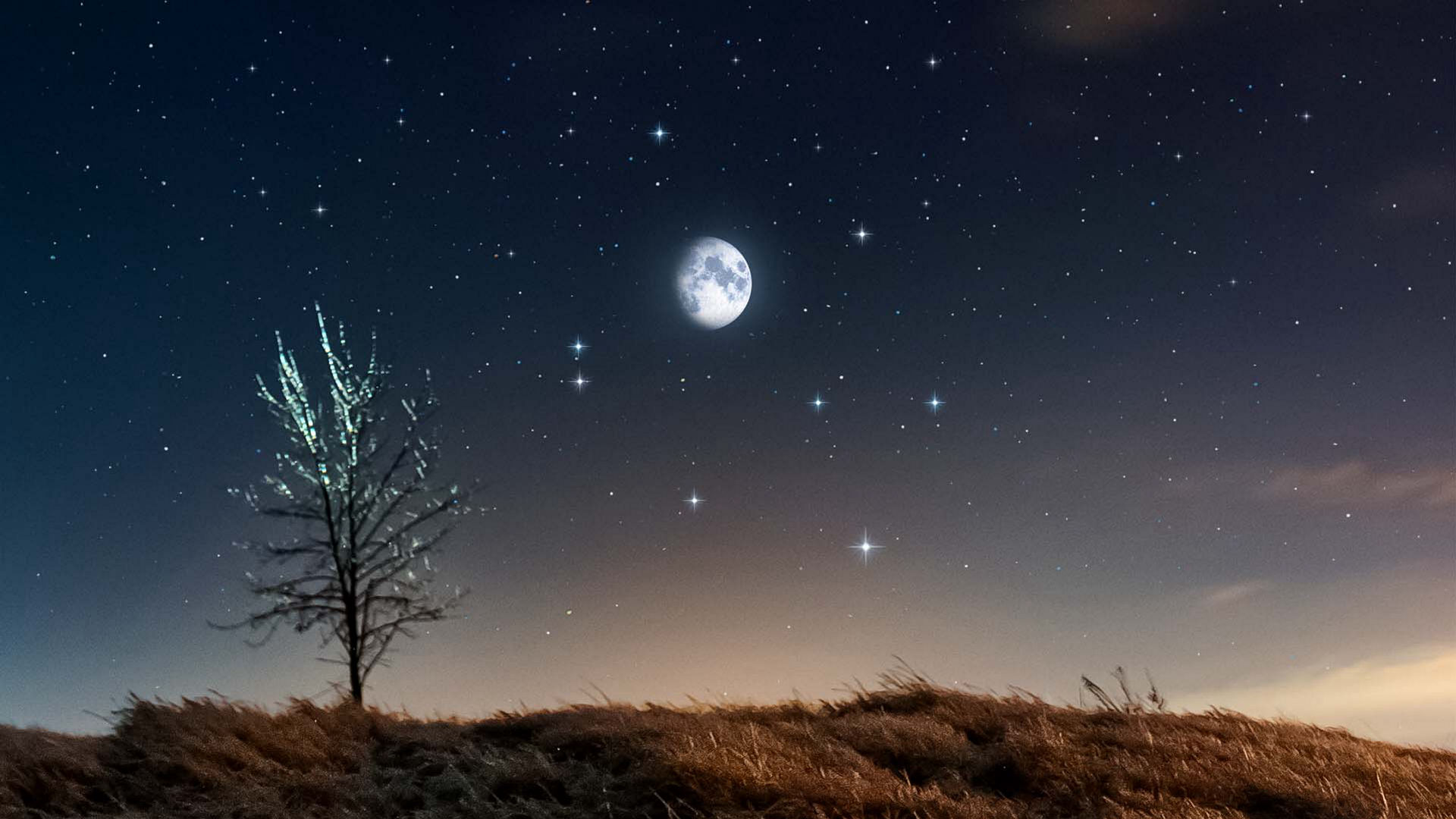 On the nights from January 24 to 26, look for the bright waxing gibbous Moon in the sky. It will stay inside the Winter Hexagon — one of the most famous asterisms in the Northern Hemisphere. In today’s article, we’ll tell you more about the Winter Hexagon and how to find it on the skydome. We’ll also reveal the difference between a constellation and an asterism.

What is the Winter Hexagon (Winter Circle)?

The asterism is composed of seven luminous stars from six different constellations. They are:

One more star lying toward the center of the asterism is Betelgeuse in Orion. The asterism covers an extensive area — about one-third of the skydome from the southernmost star in the Hexagon, Sirius, to the northernmost star, Capella.

The Winter Circle is mostly upon the Northern Hemisphere's celestial sphere, adorns the sky from December to March, best visible around midnight. In the Southern Hemisphere, it can be seen in the evening in late February and early March; the asterism reaches its highest point in the sky at around 11 p.m. local time. It can appear as a summer hexagon in southern latitudes and can be extended with the bright star Canopus in the south.

The Moon inside the Winter Hexagon

The waxing gibbous Moon will be within the Winter Hexagon stars on January 24, 25, 26. Although our natural satellite will be more than 80% illuminated, all stars in the Winter Circle are first-magnitude, so you still should be able to see them despite the moonlight.

In January the Moon will cross the luminous Winter Circle for the first, but not the last time this year. The next closest passes will happen in February and March and then at the end of 2021, our natural satellite will come back inside the asterism. Due to the movement of the Moon and stars, the Moon will meet the Hexagon a little sooner every month.

How to find the stars of the Winter Circle?

Сonsult the stargazing guide Star Walk 2 to find the luminous pattern of stars. To make your search easier, change the appearance of constellations. Go to the app settings: in the “Constellations” section, choose the left one — this way, the alternative constellation images won’t interfere with your exploration. You can also lower the visual magnitude in the settings. Thus only the brightest stars will appear on the screen and the sky image in the app will look more like the sky above you.

Where is the Winter Triangle?

What is the difference between a constellation and an asterism?

Patterns you see in the sky above mostly depend on your imagination. We only make it easier for you to find the stars those patterns consist of. Share with us on social media if you managed to find the luminous stars of the Winter Circle.