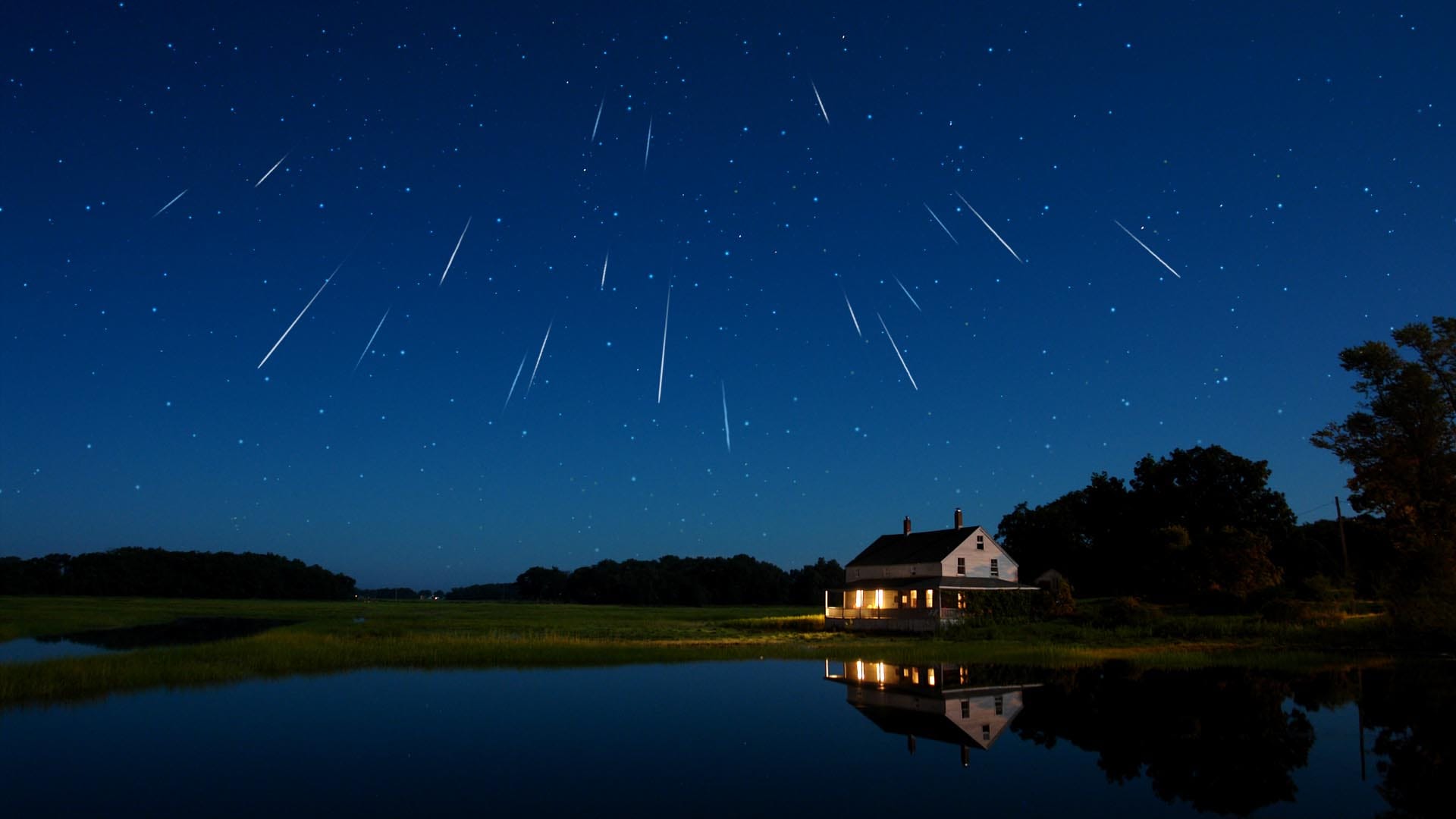 The prolific Perseids are rightfully considered one of the most spectacular meteor showers of the year. In this article, we’ll tell you everything you need to know to enjoy the celestial fireworks.

You can also check out our quiz about meteor showers to test your meteor hunting knowledge and prepare yourself for observations.

Where do the Perseids take their name from?

Some meteor showers can take their name from bright stars (like the Eta Aquarids) or former constellations (like the Quadrantids).

What causes the Perseid meteor shower?

The parent body of the Perseids is comet Swift-Tuttle. As this comet travels through space, it leaves a trail of debris along its orbit. When our planet passes through this dust trail, tiny comet particles enter the Earth’s atmosphere and burn up, producing bright streaks of light in our skies – the Perseid meteors.

Comet Swift-Tuttle takes 133 years to complete one orbit around the Sun. The last time it was observed from the Earth was in 1992, and the next time it will visit us only in 2126. Despite being such a rare guest in the inner Solar System, the comet leaves behind enough cosmic dust for us to enjoy the Perseids every year.

When should I watch the Perseids in 2021?

According to the International Meteor Organization (IMO), the Perseid meteor shower will be active from July 17 to August 24. This means you can try your luck and go catch some “shooting stars” tonight. However, it’s better to wait until the shower’s peak when the meteor rate reaches its maximum. The IMO states that this year, the Perseids will peak on the night of August 11-12. During the peak, you’ll be able to see up to 60 meteors per hour if the sky is dark enough. The best time for watching the Perseids is between midnight and dawn.

Fortunately, this year, the Moon won’t spoil your meteor observations – on the Perseids’ peak night, it will be only 13% full. With only a thin crescent lighting up the sky, you’ll surely be able to spot “shooting stars”.

Here are a few tips that will help you fully enjoy the Perseid meteor shower and catch the most meteors.

You can also read our article on meteor showers to get more meteor viewing tips.

How long does the Perseid meteor shower last?

The Perseids last more than a month. Every year, this meteor shower begins roughly on July 17 and lasts until August 24.

In 2021, the peak of the Perseids’ activity falls on the night between August 11 and 12. During the peak, observers will be able to see the most meteors.

Where do I look in the sky to see the Perseid meteor shower?

Meteors can appear anywhere in the sky, so the larger your field of view, the better. One of the easy ways to spot the Perseids meteors is to lie on your back and look straight up at the zenith.

What time of night is the best to see the Perseids?

Meteors are best visible in the dark sky between midnight and the very early hours of the morning.

What is the best way to see the Perseids?

You don’t need any special equipment to observe a meteor shower – only your own eyes. Find a location with a dark sky and minimal light pollution, give your eyes 30 minutes to adjust to the dark, lean back, and wait patiently for meteors to appear.

Now you know when, where, and how to see the Perseid meteor shower. We wish you clear skies and successful observations!