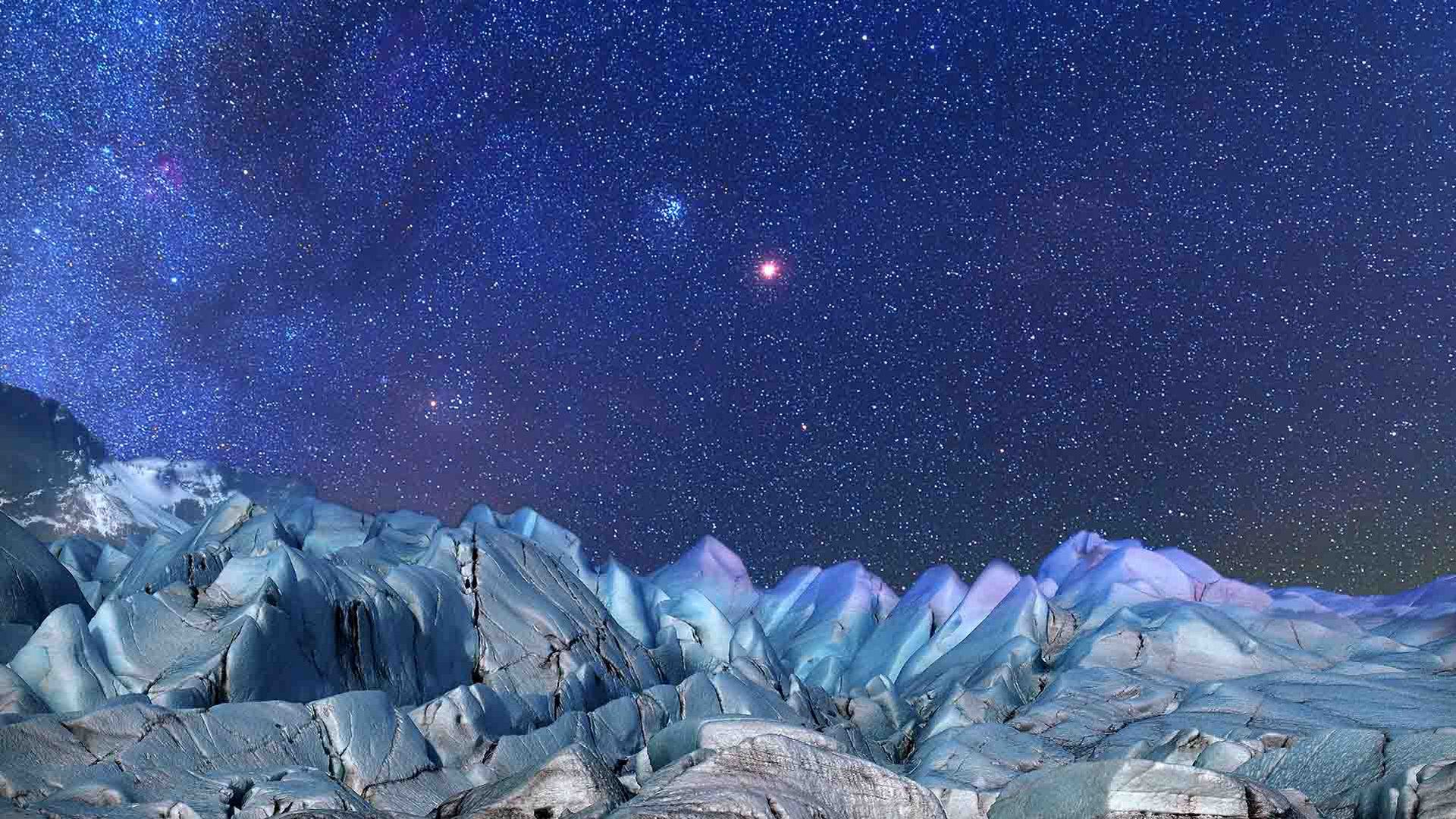 Mars was big news last month because three exploration missions arrived at the Red Planet in February. NASA’s rover Perseverance has already sent us high-quality pictures of the planet and even the record of the real Martian sounds. At the beginning of March, Mars will provide another exciting view for astronomy enthusiasts worldwide and meet up with the shining Pleiades star cluster. This will be their closest meeting until 2038. Let’s get through the details of this spectacular event!

Mars and the Pleiades conjunction

When can I observe Mars and the Pleiades?

The exact time of the conjunction is March 3, at 6:26 p.m. EST (23:26 GMT), but it doesn’t mean that this is the only time for observation. No matter your location, look for the Red Planet and the Pleiades cluster at nightfall and early evening, when the shining duo takes its highest point in the sky. To spot their close-up, better start your hunt in the early evening — at around this time, Mars and Seven Sisters will sink westward. If you live in the Northern Hemisphere, catch the celestial couple before midnight; for the Southern Hemisphere, the planet and the star cluster will stay out until mid-evening.

How to spot the Mars-Pleiades conjunction?

The Pleiades, as well as Mars, are often visible with a naked eye, but binoculars will reveal more stars of this magnificent star cluster. A usual binocular field’s range is approximately 5° of the sky, so Mars and the Pleiades cluster should fit within a single binocular field for at least several days around the conjunction.

If you’re unsure where to look in the sky, use the Star Walk 2 app. Open it and type “Mars” or “Pleiades” in the search field, and the app will show you the exact position of the sky objects.

When is the next Mars-Pleiades conjunction?

Usually, Mars passes the Pleiades cluster every other year; however, as an exception, their next conjunction will happen in August 2022. This is because the 2021 conjunction is happening pretty early, and also, no intervening Martian retrograde occurs between the 2021 and 2022 Mars-Pleiades conjunctions. After 2022, the Mars and Pleiades close-up will occur every next year until March 2036.

Mars will become dimmer and smaller month by month, so don’t miss the chance to observe it as long as you have an opportunity.