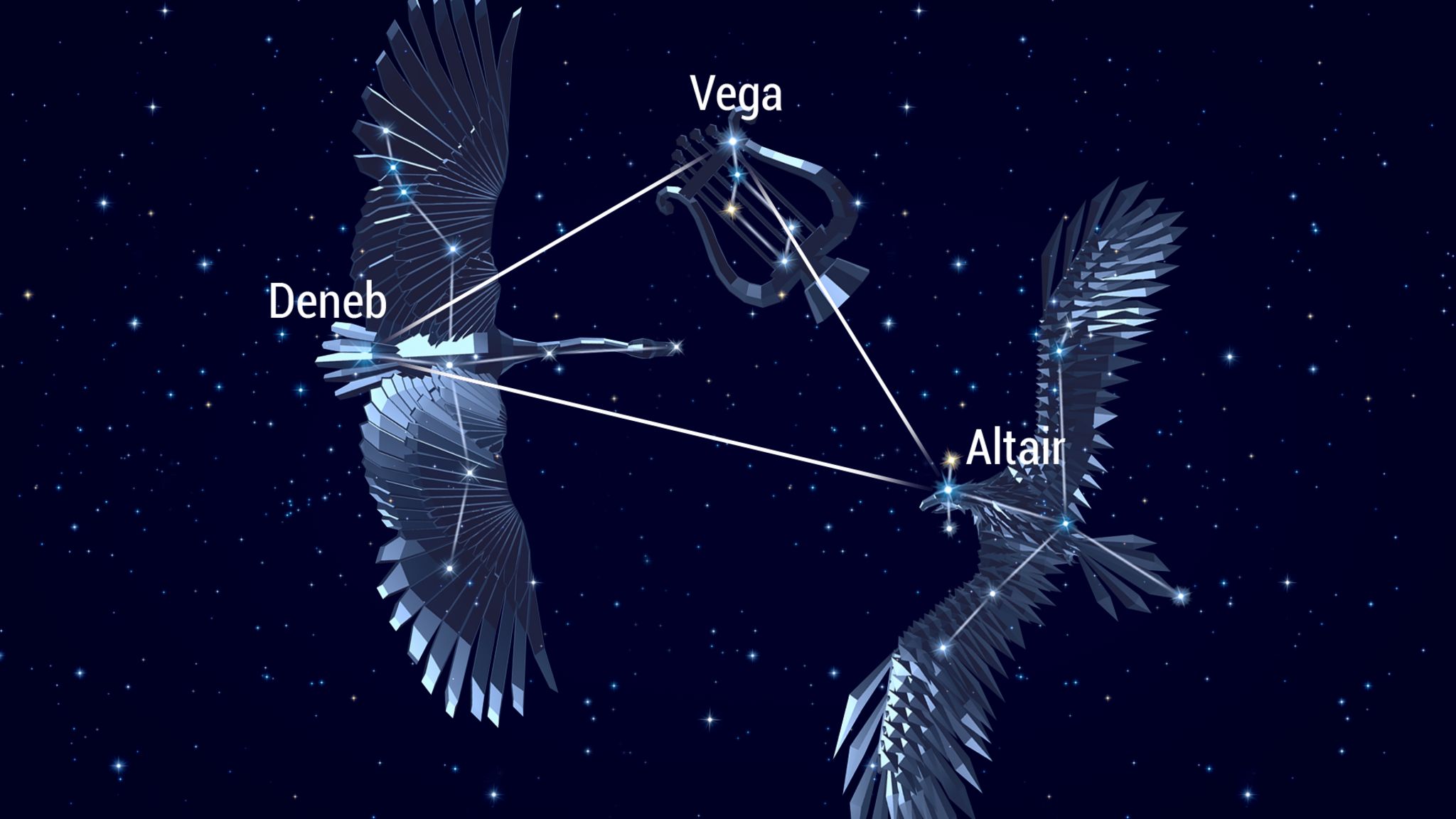 When you are out on the clear night, be sure to look for the three bright and beautiful blue-white stars of the Summer Triangle asterism, which shine high in the eastern sky every July. Once you have it identified, you can find some treasures within it.

Find an open area and face east. Almost straight overhead is the bright star, Vega. It’s the fifth brightest star in the entire night sky and one of the first stars to appear after dusk. Now look for the other two corners. Altair is not as bright as Vega and sits about 3.5 outstretched fist diameters (34°) to the lower right of it. The third star, Deneb, is about 2.5 fist diameters (24°) to the lower left of Vega and higher up than Altair.

Can you see the four fainter stars forming a small parallelogram just below Vega? This shape is the body of the musical harp that makes up the constellation of Lyra (the Lyre). Vega marks the top of the instrument’s neck. The star to Vega’s upper left is Epsilon Lyrae, also known as the Double Double.

The bright star Deneb marks the tail of great Cygnus (the Swan). A faint star about two fist diameters (22°) to its right, in the middle of the Summer Triangle is Albireo, a colourful double star that marks the swan’s head. If you are in a dark location, you should also be able to see that the Milky Way runs right through Cygnus, as if she is about to land for a swim on that celestial river!

The most southerly of the triangle’s corners is marked by Altair – the head of the great eagle Aquila. At only 16.8 light-years distance, Altair is one of the nearest bright stars. The star also seems to be spinning 100 times faster than our sun.

Enjoy your tour of the summer triangle with Star Walk 2!