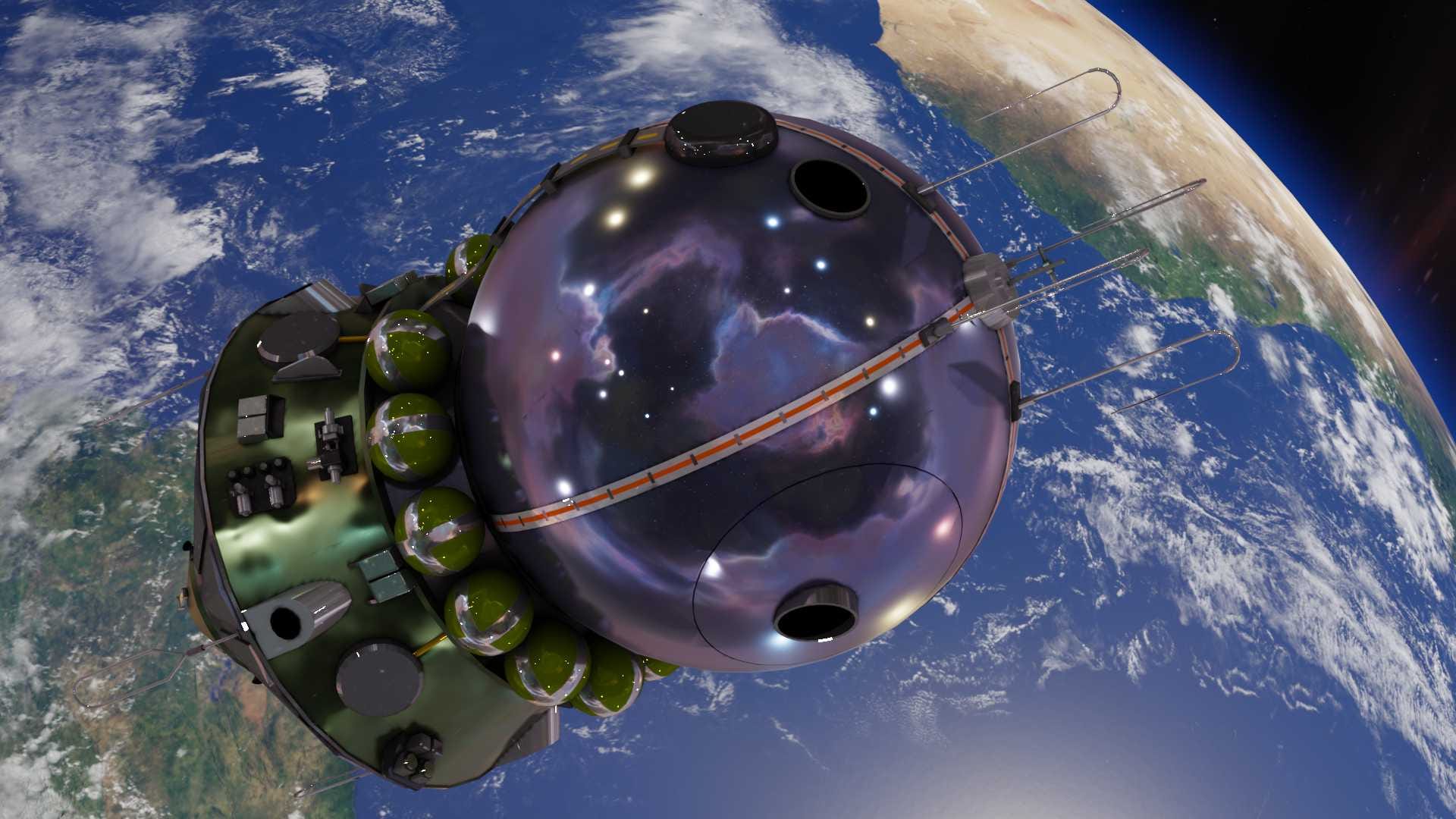 In 1961, the world saw the first manned space flight. What had once seemed mind-blowing and unthinkable became a reality. Back then, every minute on orbit was a miracle, and now astronauts routinely spend half a year in space. Let’s see what it all started with and what it takes to become an astronaut nowadays.

Background of the event

A Soviet cosmonaut Yuri Gagarin conducted the first human spaceflight. On April 12, 1961, he spent 108 minutes in outer space aboard the Vostok 1 spacecraft. The event marked the beginning of a new era of space exploration. Cosmonautics Day was established in the Soviet Union one year after to commemorate the heroism of the first cosmonaut and the success of the Soviet space program.

In 2011, 50 years after the flight, the UN General Assembly declared April 12 as the International Day of Human Space Flight, which is observed annually to reaffirm the importance of space exploration to humankind.

People can only fly into space as part of space missions or as space tourists. In the latter case, getting to space will take as much time as it takes to save up for a ticket. But how long does it take to become a professional astronaut?

Different space agencies have slightly different requirements, but most commonly, they seek people who:

If you meet all of the qualifications, feel free to apply. The agency will review your resume and conduct medical screening, physical tests, and interviews. This process might take more than a year. After that, if you are lucky, you will join the team of astronaut candidates.

Future astronauts have to complete a training program aimed to prepare them for life and work in space. Plenty of time is spent on studying the principles of working with onboard systems and complex space equipment. Astronauts are trained in carrying out scientific experiments, which are an important part of space missions.

Candidates get exposed to microgravity in vacuum chambers and parabolic flights, or under the water. The important part of the training is experiencing isolation to prepare for its mental and emotional effects. On top of that, they have to study a wide variety of topics, such as foreign language, medicine, astronomy, and robotics.

The duration of the training depends on the region:

So, how long does it take to become an astronaut? Let’s sum it up: 5-6 years to get a degree, 2-3 years to get professional experience, and then 2-5 years of training. After that, astronauts might wait for months and even years before actually getting to space. But imagine: after all the work is done, you are sitting in a spacecraft, getting ready to start. 3, 2, 1…

Wait a minute! Before going to space, you might want to know what you will eat there. Well, basically, an astronaut’s meal is similar to what we eat on the Earth. The difference is it has to be specially prepared (for example, freeze-dried or thermostabilized), but some foods can be eaten in natural forms, such as fruits and nuts.

The food items that are not allowed in space are bread and granular seasonings, as they might clog air vents or get stuck in an astronaut’s eyes, mouth, or nose. That’s why salt and pepper come in liquid form.

By the way, gravity affects the sense of taste. In zero gravity, the body fluids move freely around the body instead of settling towards the feet, as they do on the Earth. It causes nose congestion, which makes it difficult to smell properly and causes food to taste bland. That’s why many astronauts prefer foods with intense flavors, particularly spicy.

What do astronauts do in space nowadays? Mostly, they carry out scientific observations. For example, the ISS is a big laboratory floating in the sky. Astronauts onboard analyze how materials behave in space and study the human body and its diseases, such as cancer, osteoporosis, bone atrophy, and so on.

China keeps on building the Tiangong space station and plans to launch six missions in 2022 to complete it. Two of the missions, Shenzhou 14 and Shenzhou 15, will be crewed. There are plans to open the station for space tourists to visit.

NASA is planning to return man to the Moon and investigate the possibility of staying there and building bases on the lunar surface and orbit. The first crewed spaceflight of the project, Artemis 2, is planned for 2024. It will fly around the Moon and return back to the Earth. The next mission, Artemis 3, is scheduled for 2025 and is set to be the first Moon landing since 1972. Astronauts are expected to spend a week on the Moon, collecting samples and investigating the surface.

This is what is planned now, but over time, we will certainly set even more ambitious goals in space exploration. To infinity and beyond!

Who was the first female astronaut?

The first woman to ever go to space was Valentina Tereshkova, a Soviet cosmonaut. On June 16, 1963, two years after Yuri Gagarin’s flight, she was launched into space aboard the spacecraft Vostok 6 and spent 71 hours orbiting the Earth.

Who is the youngest astronaut?

For now, a Soviet cosmonaut Gherman Titov remains the youngest of all professional astronauts who have been in space. At the age of 25, he spent one day and one hour in space aboard the Vostok 2. Also, Oliver Damien from the Netherlands became the youngest space tourist as he joined Blue Origin space flight on July 20, 2021, at the age of 18.

How much money does an astronaut make?

NASA astronauts make $104,898 to $161,141 per year. ESA astronauts’ salaries slightly differ depending on the state; the average monthly value is approximately from €5200 (for recruits) to €7465 (after the first spaceflight).

Do astronauts smoke in space?

Smoking is strictly prohibited onboard the ISS. Open flame may cause a fire in an oxygen-rich environment of the spacecraft, and cigarette smoke can clog air filters.

Do astronauts drink alcohol in space?

It is said that NASA astronaut Buzz Aldrin took communion wine before stepping on the Moon, and Mir station’s cosmonauts had a small amount of vodka and cognac onboard. Anyway, nowadays, consuming alcohol on any space mission is strictly prohibited.

Is there WiFi in space?

Yes, there is WiFi on the ISS. Astronauts use it to communicate with the Earth and each other: spacesuits can connect to the network and provide communication between the onboard crew and the astronauts on a spacewalk.

What happens if an astronaut floats off in space?

Usually, astronauts use tethers, but if they broke, an astronaut would either orbit forever or reach the Earth’s gravitational zone and burn up while falling through the dense layers of the atmosphere. In theory, the astronaut could use an emergency jetpack to return, but the fuel supply in it is limited. Fortunately, there have been no such cases so far.

How much does an astronaut suit cost?

There is no one price tag, as some space agencies don’t disclose such information, and others have several different models. There is an assumption that current NASA space suits cost around $150 million, and the xEMU (Exploration Extravehicular Mobility Unit), which is developed for future missions, might cost at least $500 million.