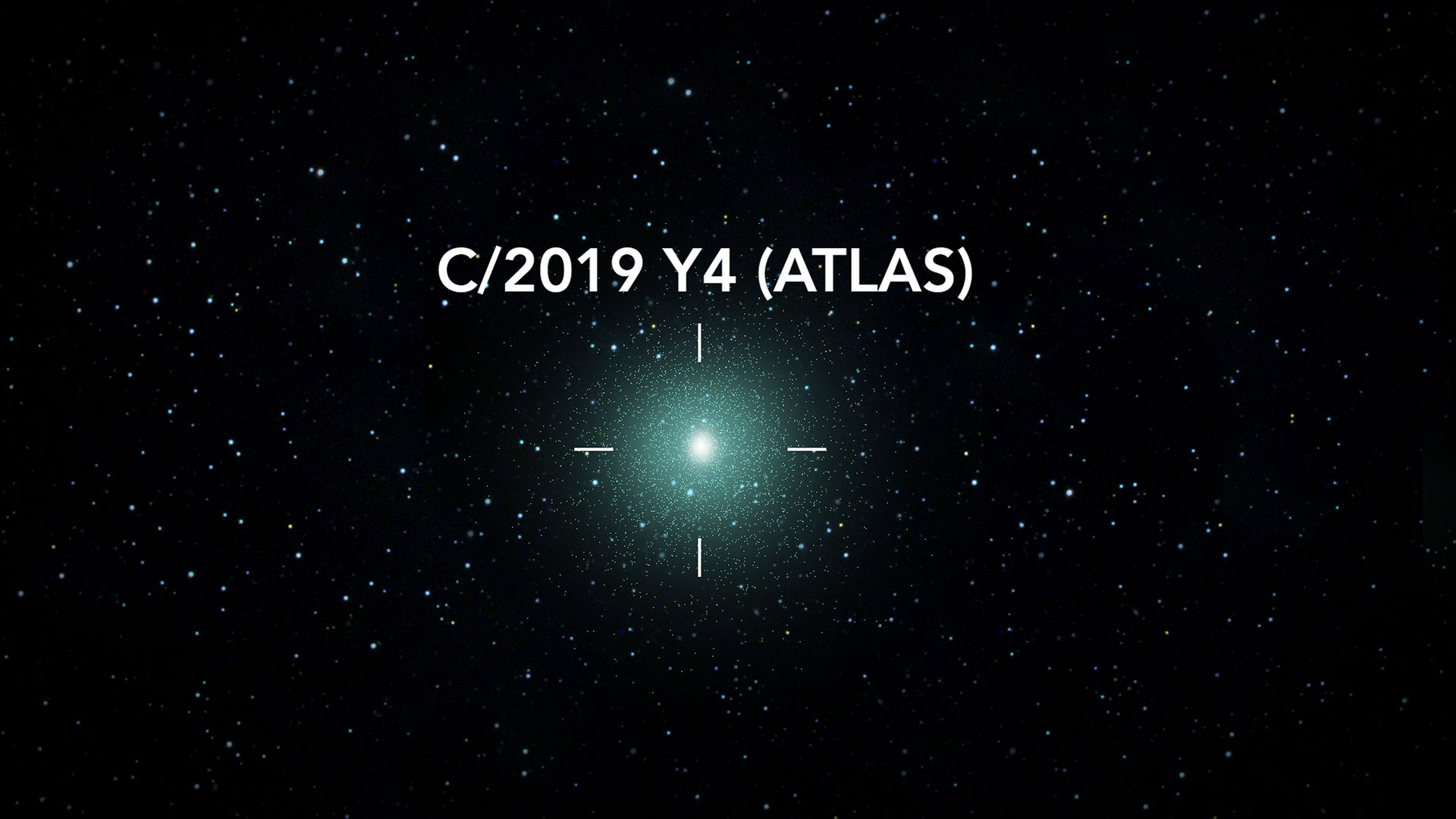 A newly discovered Comet C/2019 Y4 (ATLAS) is getting brighter and may become the brightest comet visible in the night sky of the last two decades. Read on to find out when and where to look for it and what to expect.

Comet C/2019 Y4 (ATLAS) was discovered on December 28, 2019, by astronomers at the Asteroid Terrestrial-impact Last Alert System (ATLAS) in Hawaii. At that moment, the 19th magnitude comet was 100 times dimmer than the faintest stars visible through a backyard telescope. However, since its discovery, the comet has brightened rapidly from magnitude 19 to magnitude 8, which is a 4000-fold increase. This rapid and significant increase in brightness makes astronomers believe that very soon C/2019 Y4 (ATLAS) will become the brightest comet of the last two decades.

Right now Comet ATLAS is racing toward the inner solar system and is shining at a magnitude of 7,9. It is not bright enough to be seen to the naked eye but can be easily viewed through binoculars and small telescopes.

Comet ATLAS continues to brighten much faster than expected. Astronomers predict that in May 2020 the comet will reach a visible magnitude of about 2+ which will make it very easy to see the object with the unaided eye even from cities. If predictions are correct, C/2019 Y4 will become the brightest object in the night sky after the Moon. The comet could grow as bright as Venus.

Nevertheless, the tricky nature of comets can prevent skywatchers from viewing the exceptionally bright comet in the night sky. The point is that C/2019 Y4 may fizzle out before anyone can see it. As the comet approaches the Sun, it can repel the portion of ice that makes up its core. Thus, the comet can be completely destroyed before becoming bright enough to be observed. If Сomet ATLAS keeps its shape while approaching the Sun, we will witness an amazing celestial show. All we can do now is just wait and see.

How and where to see Comet ATLAS in April 2020?

You can find the C/2019 Y4 (ATLAS), identify its position in the sky and track the comet’s movement in the stargazing app Star Walk 2. Use the search to find the comet and make sure that your current location is set in the app settings. Not to miss the comet ATLAS in 2020, turn on Star Walk 2 notifications.

C/2019 Y4 is now near the orbit of Mars on its way toward the inner solar system. Throughout April and until mid-May, Comet ATLAS will be in the constellation of Camelopardalis (Giraffe). You can see the comet through binoculars. It is now well placed for observation all night long and looks like a bright, conspicuous hazy dot. If the brightness of C/2019 Y4 increases according to all predictions, it might become faintly visible to the unaided eye under dark sky conditions by mid or late April.

Observers in the Northern Hemisphere have better chances to view the comet, as it will be circumpolar and always remain above the horizon for them.

Recent observations of C/2019 Y4 (ATLAS) have revealed that the comet has disintegrated before reaching perihelion. This means that it won’t be visible from Earth with the naked eye in May 2020 and won’t become the brightest comet in decades, as astronomers suggested.

Comet’s fading in brightness has been noticed by observers in the last few days after it reached magnitude 8. Then a possible disintegration of C/2019 Y4 (ATLAS) was reported. All became clear on April 12, 2020, when the Virtual Telescope Project published an image of Comet ATLAS confirming that “the comet really experienced a breakup event”. After the announcement of the possible comet disintegration, the Virtual Telescope Project imaged the comet every night. The image taken on the night of April 11, 2020, shows that the comet’s nucleus has disintegrated into several fragments. The promised stunning naked-eye show will not take place.