The Latest Image of Ultima Thule 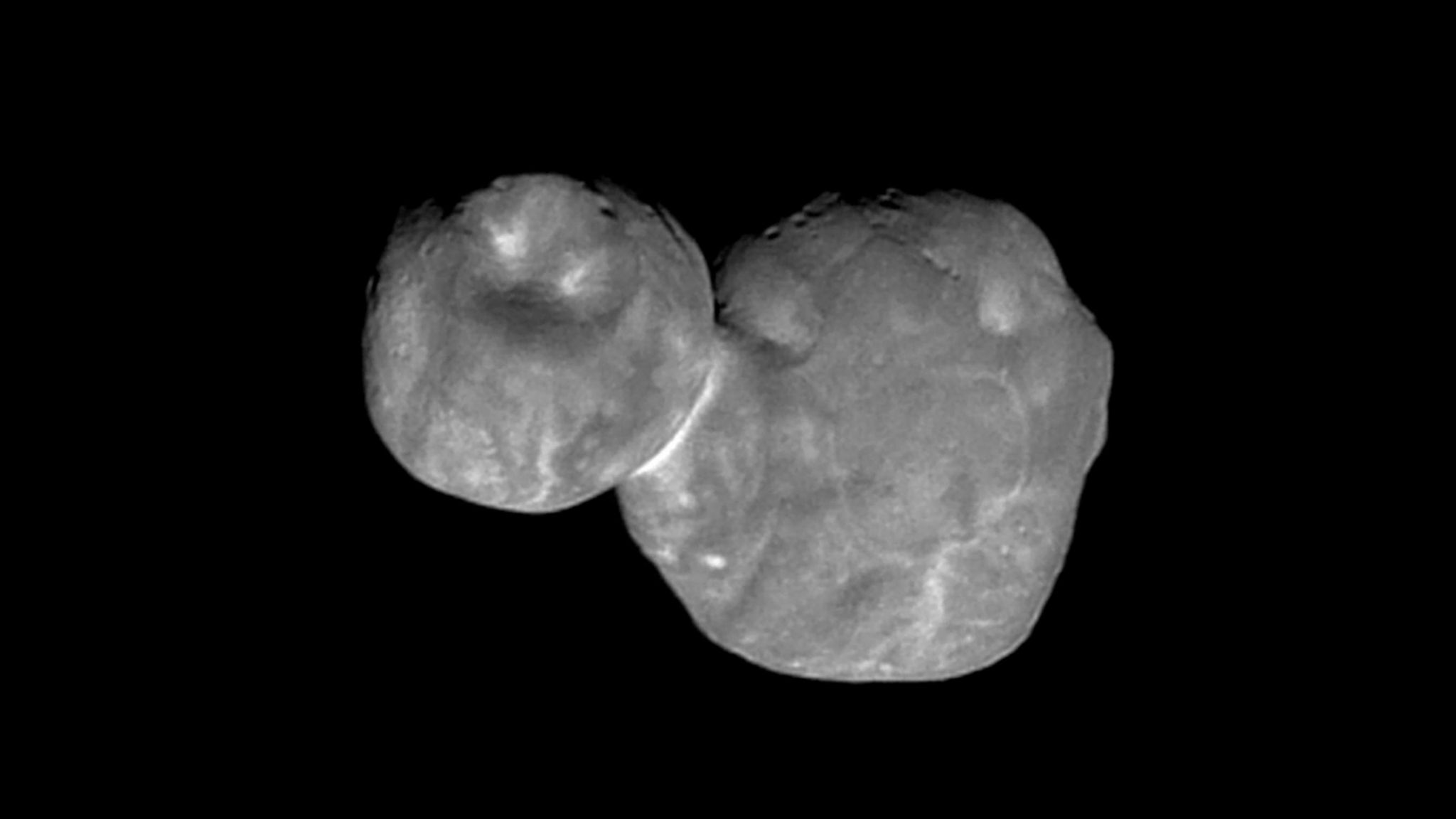 NASA’s New Horizons space probe took the newest picture of a Kuiper Belt object, officially named 2014 MU69, better known as Ultima Thule. This image was actually taken on the first day of the year 2019 when the spacecraft was only 4,200 miles (6,700 km) away from the most distant object ever explored at close range. The latest view of the binary asteroid was stored in the craft data memory before being transmitted to Earth on January 18.

After having gone through the deconvolution process, the high-resolution image showed new details in the topography of the two lobes of Ultima Thule. Thus, you can find out a number of small pits covering its surface (about 0.4-0.7 miles in diameter) and a large circular feature (about 4 miles across) on its smaller lobe, which thought to be a deep depression. Furthermore, both halves also have many dark and light patterns of unknown origin.

The issue of the formation of these pits and features remains undecided. Scientists also do not know how two parts of the object merged together. It is early to determine whether these pits are impact craters or features resulting from internal processes, such as “collapse pits” or the ancient venting of volatile materials. According to a statement from Johns Hopkins Applied Physics Laboratory, they could help researchers decipher the origins of the object and how it formed.