Comet SWAN: How To See And What To Expect 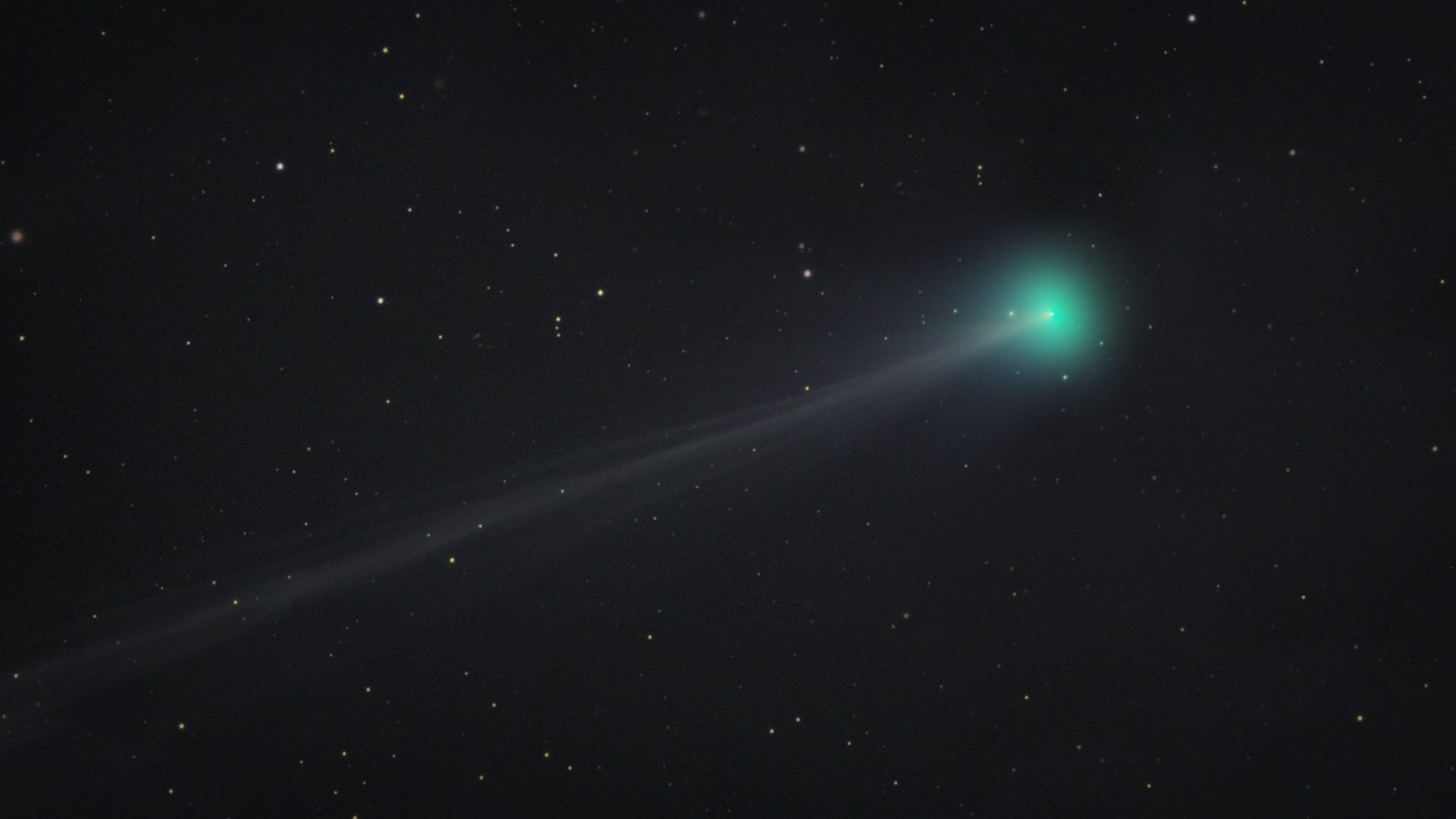 As we wrote earlier, newly discovered Comet SWAN (C/2020 F8) has become bright enough to be seen with the naked eye under dark clear skies. However, the comet's rapid brightening has stopped recently, and it might fizzle out before reaching naked-eye visibility. Read on to find out what to expect.

What is going on with Comet SWAN?

Since its discovery on April 11, 2020, Comet SWAN has demonstrated a dramatic increase in brightness. Nevertheless, the latest observations show that the comet has stopped brightening, which may indicate the upcoming disintegration of the object.

According to the data from the Comet Observation Database (COBS), Comet SWAN is now experiencing a drop in brightness. On April 11, the comet was shining at a magnitude around +8, and on April 30, its brightness increased to magnitude +5.2 (the brighter the object, the smaller its magnitude number). Such an increase in brightness allowed a lot of sky enthusiasts to see the comet with the naked eye and take stunning photos. Since then, the comet's rapid brightening has slowed, and it even has dimmed a little – the current magnitude of Comet SWAN is +5.7. Unfortunately, the comet is not getting brighter.

Will we see comet SWAN with the naked eye?

Comet SWAN is expected to reach its peak brightness of magnitude about +3 at perihelion, or closest approach to the Sun, on May 27, 2020. It will be 40 million miles (64.4 million km) away. The comet might or might not get brighter or even dimmer before this date. Given the unpredictable nature of comets, the breakup of Comet SWAN at any moment also can not be excluded. Thus, there is no exact answer whether the comet will delight observers. Follow the news and keep an eye on Comet SWAN not to miss it.

Astronomers do not expect Comet SWAN to become the brightest naked-eye comet in decades or to put on a bright celestial show. This is also due to the composition of the comet. If the comet is composed of dust, it appears brighter in the sky and is easier to spot with an unaided eye. The point is that dust reflects sunlight quite well. Comet SWAN (C/2020 F8) is made of gas. Such comets tend to be fainter and to appear much dimmer in the sky.

How to see Comet SWAN in the sky?

If you would like to track the movement of Comet SWAN, use the stargazing app Star Walk 2. With the app, you can find real-time information about the comet's location and easily find it in the sky.

On May 19, 20 and 21, Comet SWAN will be very close to the star called Algol (Beta Persei, colloquially known as the Demon Star) in Perseus. For observers from Earth, the comet should appear like a greenish faint and fuzzy dot. On May 21 and 22, the comet can be found near the stars Delta Persei (δ Perseus ) and Mirfak (Alpha Persei). On May 21 and 22, Comet SWAN will also pass the disintegrated comet ATLAS (C/2019 Y4).

Latest observations of Comet C/2020 F8 (SWAN) show that it appears to be breaking up. Recent images of the space rock taken by astronomers all over the world demonstrate that the comet’s core has an elongated shape, and the vast hydrogen coma is almost no longer observed. It resembles the appearance of disintegrated Comet ATLAS (C/2019 Y4). Some close-up photos of the comet's core even show a double nucleus. This means that the Comet SWAN, which was hoped to be seen with the naked eye in May 2020, might be fragmenting, or even disintegrating.

Although Comet SWAN is now approaching the Sun, its brightness is decreasing rapidly instead of growing to magnitude +3, as expected. According to the Comet Observation Database (COBS), Comet SWAN shows a visual magnitude of +7.5 and is fading. Thus, do not count on Comet SWAN being easily visible to the naked eye at its perihelion on May 27, 2020. Nonetheless, with optical aid, skills and a bit of luck, you still have a chance to spot the faint celestial visitor in the sky.