Moon And Mars From Dusk To Dawn (And Even More) 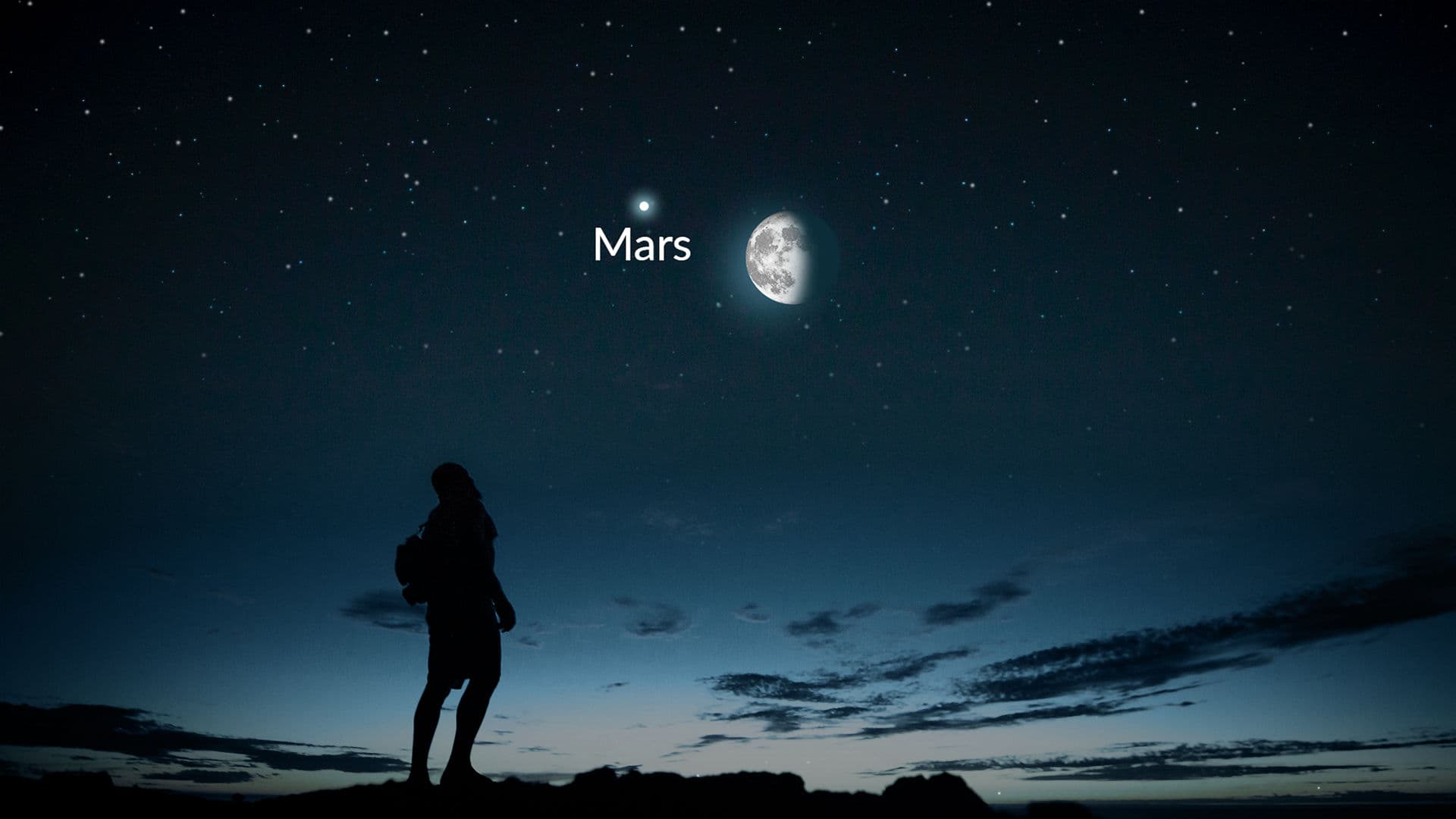 How to observe the Moon and Mars conjunction?

To begin with, you will need to find the Moon in the morning sky. Did it? Nice, then look for the nearby shining "morning star", on July 11th and 12th it will be Mars. The red planet will have a close approach with a gibbous moon on July 11. (That's the night of July 10.) The duo will rise together just after 1:00 a.m. UTC (or 9 p.m. EDT), and stick together until they set around 5:15 a.m. UTC (or 1 a.m. EDT). To take a closer look at this phenomenon and find out the exact time for your location, use Star Walk 2, an app that helps you explore space without any need for special tools.

In general, Mars will spend the month of July moving rapidly eastward along the Cetus-Pisces border. It will begin the month as a reddish, magnitude -0.5 speck that rises in the east just before 1 a.m. UTC (9 p.m. EDT). By month’s end, Mars will brighten to magnitude -1.1 and will be rising at 11:30 p.m. As the distance between Earth and Mars decreases over the same period, telescope views of the red planet will show an 85% illuminated disk that grows from 11.48 to 14.6 arc-seconds. On July 11-12, the gibbous Moon will hop past Mars, allowing observers at Middle Eastern longitudes to see the Moon pass less than three degrees south of Mars before dawn on Sunday, July 12.

Thanks to this phenomenon, you can observe Mars in the morning sky till the end of July. However, this is not the full surprise that July is preparing for you!

In the first hours before dawn, you can see two more planets that will shine even brighter than Mars: Venus, the brightest planet in the eastern part, and Jupiter, the 2nd brightest planet in the southwest. Venus and Jupiter are considered the third and forth brightest celestial objects, after the Sun and Moon. However, Mars is becoming brighter in our sky day by day and will soon supplant Jupiter as the 4th brightest celestial body. But for now, Jupiter is enjoying its moment of glory, since currently the planet is shining at its brightest best for the year.

Also in the second half of July Saturn will be worthy of your attention - you can see its rings and the bright satellite Titan (a small point near the planet) in the telescope. Saturn’s confrontation will occur on July 20 - its brilliance will be maximum, but still noticeably less than Jupiter.

The moon travels in front of the constellations of the zodiac in an eastward direction, at the rate of about 13 degrees per day. To find out which direction the eastward is, just look at the moon in your morning sky. The lit side of the moon always points east (in the direction of sunrise). That is why, when the moon leaves Mars’ section of the zodiac, it will be heading for Venus to meet this planet in about a week. 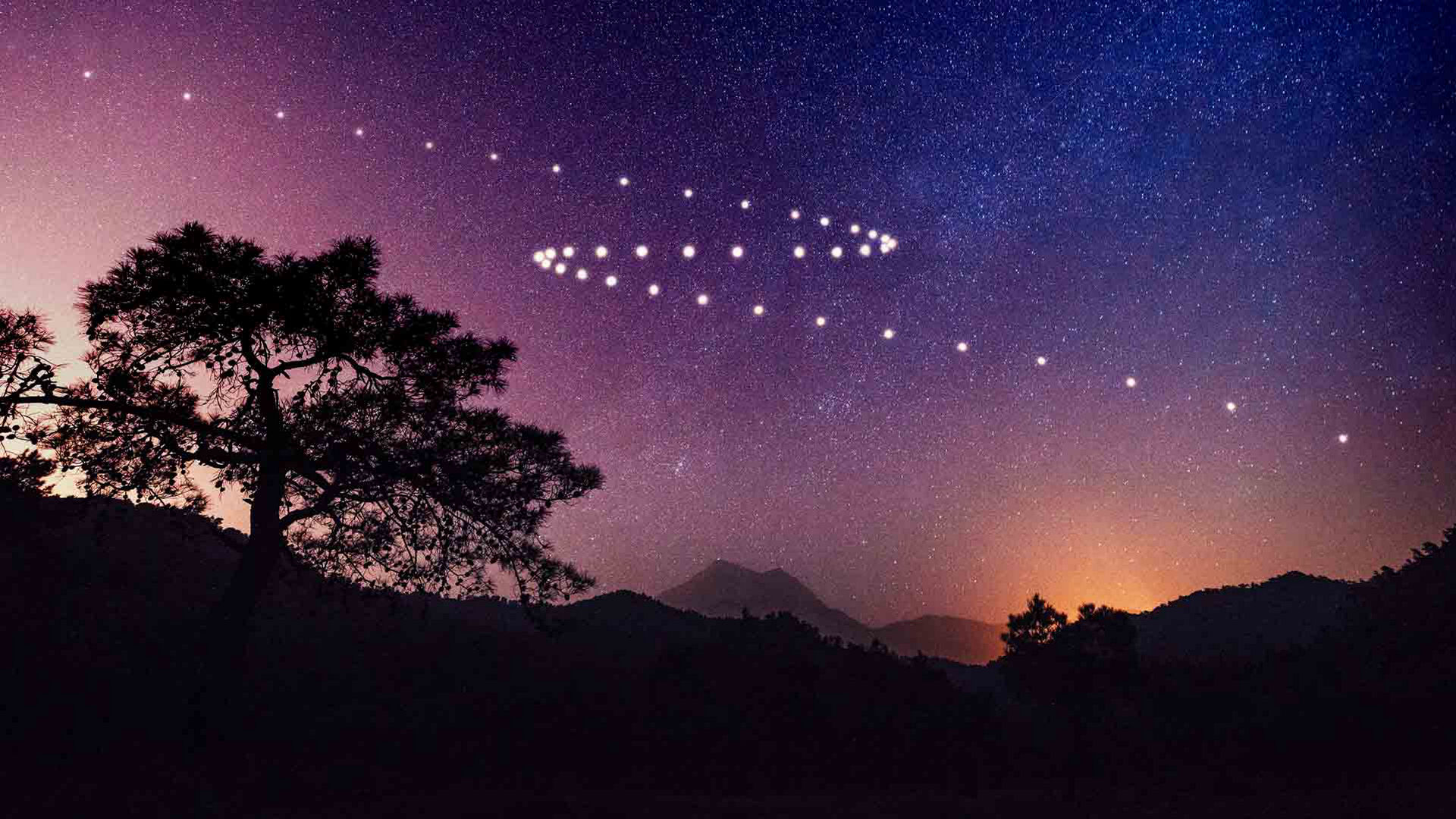