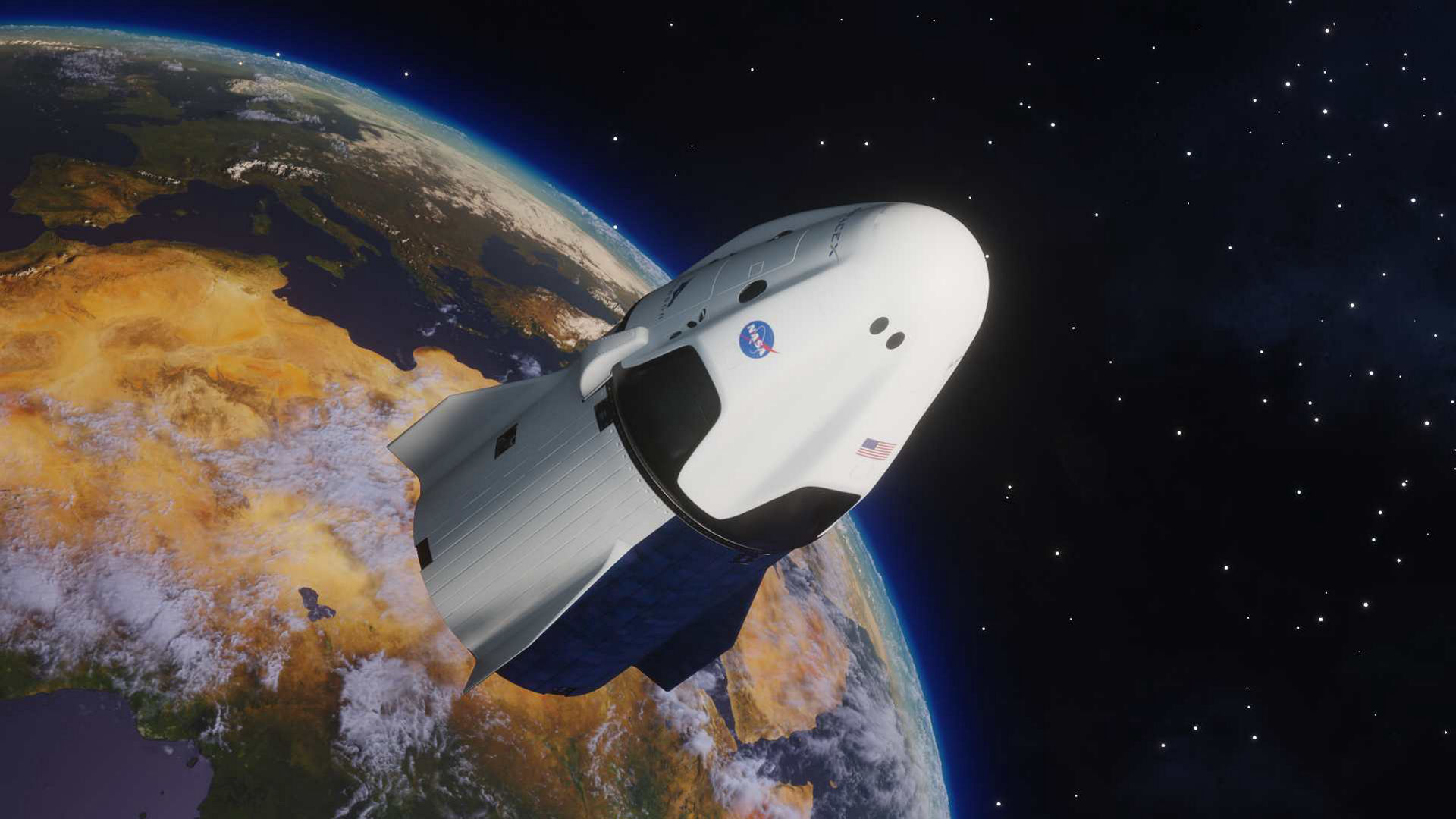 Today, SpaceX launched the second operational mission of the Crew Dragon. In this article, we’ll talk in detail about this unique spacecraft and give you tips on how to see it with a naked eye. Note that you won’t have too much time until the spacecraft dock to the ISS and will be no longer visible in the sky. We recommend you download Satellite Tracker and check if you have a chance to see it.

You can also take our quiz on the most famous spacecraft in history.

Over the past half century, scientists have sent numerous probes and satellites into space. Many of them – like Sputnik 1, Apollo 11, and Hubble – became famous even among ordinary people because of their breakthrough achievements. In this quiz, you'll need to guess famous spacecraft from their silhouettes and description. Take the quiz and see how many of them you can guess correctly!
Take the quiz!

What is the SpaceX Crew Dragon?

Crew Dragon is a class of reusable spacecraft developed by SpaceX specifically for transporting astronauts to and from the International Space Station. The spacecraft is carried into orbit by a Falcon 9 rocket and returns to the Earth via an ocean splashdown. The Crew Dragon capsule has room for up to seven astronauts; however, currently, NASA uses only four people for its missions to the ISS.

What is special about Crew Dragon?

Crew Dragon’s launch marked the beginning of a new era in space travel. In May 2020, astronauts Douglas Hurley and Robert Behnken successfully reached the ISS aboard Crew Dragon during the Demo-2 mission. This was the first time a private company managed to launch a crewed spaceship into orbit. Demo-2 was also the first crewed launch to the ISS from the US territory since 2011 – for 9 years before that, American astronauts had to use Russian Soyuz rockets to get to the station.

Who are the astronauts of the Crew-2 mission?

On April 23, at 05:49 EDT, the Crew-2 mission took off to the International Space Station. The crew consists of four astronauts: commander Shane Kimbrough, pilot Megan McArthur, and two mission specialists – Akihiko Hoshide and Thomas Pesquet. Kimbrough and McArthur are both NASA astronauts, while Hoshide and Pesquet are JAXA and ESA astronauts, respectively. Fun fact: Megan McArthur became the second person in her family to fly aboard Crew Dragon; she is married to Robert Behnken, who took part in last year’s Demo-2 flight.

For a short period of time after the Crew-2 mission’s arrival, the ISS will have eleven astronauts onboard. In late April or early May, the Crew-1 astronauts Mike Hopkins, Victor Glover, Soichi Noguchi, and Shannon Walker will leave the station and return to the Earth via splashdown, concluding their five-and-a-half month stay in orbit.

The Crew-2 astronauts will remain aboard the space station for approximately six months. They will conduct scientific research in such areas as medical technology, human health, and materials to benefit life on the Earth. Some of the experiments will aim to overcome the challenges of long-duration spaceflight and prepare future astronauts for missions to the Moon and Mars.

Can I see Crew Dragon in the sky?

Crew Dragon will dock to the ISS on April 24, 05:10 EDT. This means you will have time to see it if the weather conditions are favorable. If you’re lucky enough, you can even see Crew Dragon and the ISS close together!

The spacecraft should be visible to the unaided eye as a bright dot in the night sky. To know exactly where to look, use the Star Walk 2 app. Tap the magnifier icon, type “Crew 2” in the search field, tap on the search result, and the app will show you where the spacecraft is currently located. After that, just aim your phone at the sky and find Crew Dragon.

Another app that will help you observe Crew Dragon is Satellite Tracker. With this app, you’ll be able to know in advance if Crew Dragon is visible in your area. Satellite Tracker can also send you a notification when the spacecraft passes above your location. Open the app, tap the satellite icon in the upper-right corner, type “Crew 2” in the search field, and tap “Track” next to the corresponding search result. After that, tap on the name of the spacecraft. On the main screen, tap the white arrow beneath the “Next pass” timer, and you will see the list of visible passes. Tap on the alarm clock icon to set a notification for the pass. After you receive the notification, tap the rightmost round icon in the lower part of the screen to access the “Sky view” mode. It will allow you to point your phone at the sky and see the exact location of Crew Dragon.