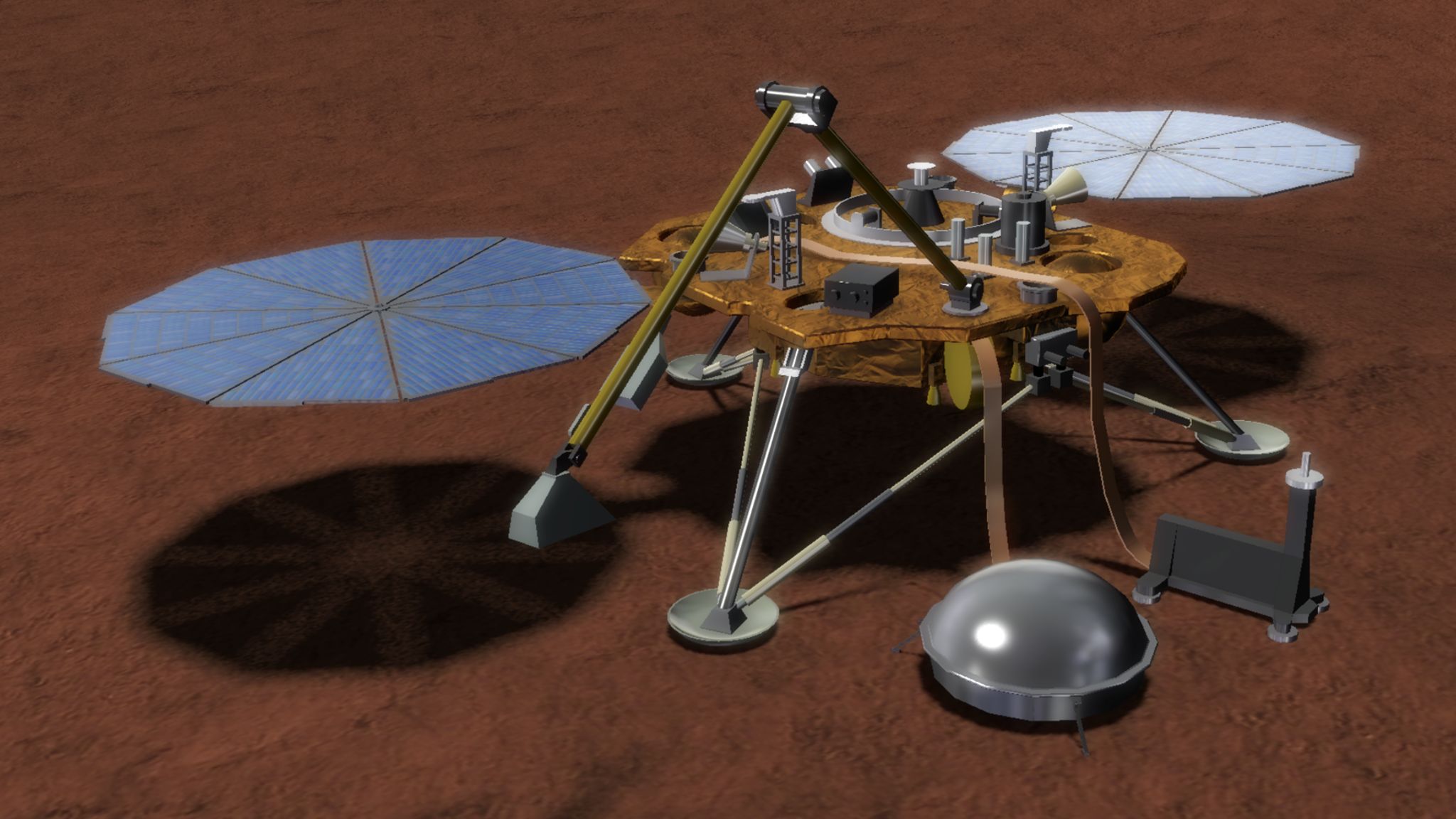 InSight’s two-year mission will be to study the deep interior of Mars to learn how all celestial bodies with rocky surfaces, including Earth and the Moon, formed.

InSight launched from Vandenberg Air Force Base in California May 5. The lander touched down Monday, Nov. 26, near Mars' equator on the western side of a flat, smooth expanse of lava called Elysium Planitia, with a signal affirming a completed landing sequence at approximately noon PST (3 p.m. EST).

The landing signal was relayed to NASA's Jet Propulsion Laboratory (JPL) in Pasadena, California, via one of NASA's two small experimental Mars Cube One (MarCO) CubeSats, which launched on the same rocket as InSight and followed the lander to Mars. They are the first CubeSats sent into deep space. After successfully carrying out a number of communications and in-flight navigation experiments, the twin MarCOs were set in position to receive transmissions during InSight's entry, descent and landing.

Confirmation of a successful touchdown is not the end of the challenges of landing on the Red Planet. InSight's surface-operations phase began a minute after touchdown. One of its first tasks is to deploy its two decagonal solar arrays, which will provide power. That process begins 16 minutes after landing and takes another 16 minutes to complete.

InSight will begin to collect science data within the first week after landing, though the teams will focus mainly on preparing to set InSight's instruments on the Martian ground. At least two days after touchdown, the engineering team will begin to deploy InSight's 5.9-foot-long (1.8-meter-long) robotic arm so that it can take images of the landscape.

InSight will operate on the surface for one Martian year, plus 40 Martian days, or sols, until Nov. 24, 2020. The mission objectives of the two small MarCOs which relayed InSight’s telemetry was completed after their Martian flyby.