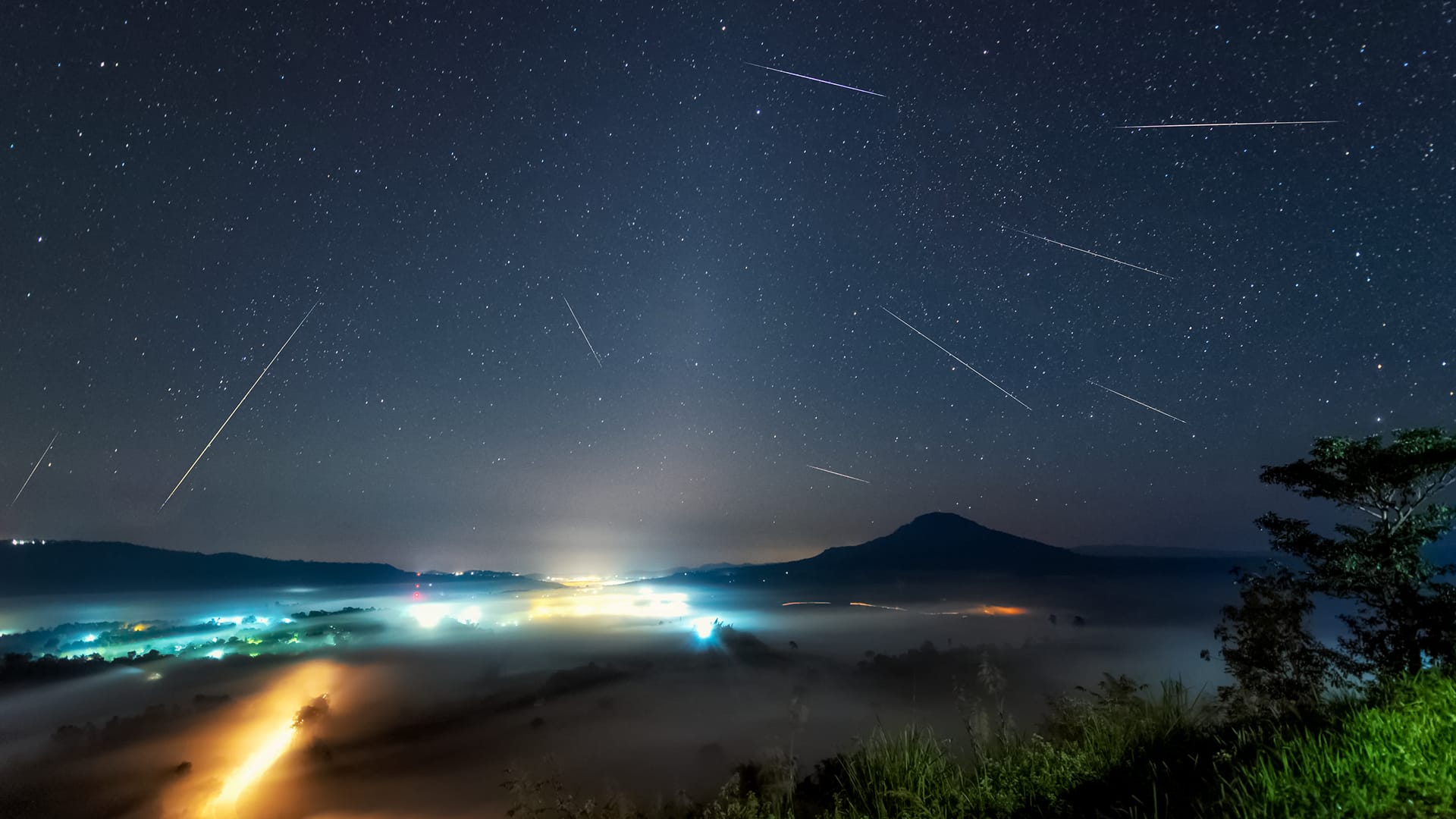 Three meteor showers — the Piscis Austrinids, the Southern Delta Aquariids, and the Alpha Capricornids — come together to provide a spectacular show in the sky on warm July nights. Keep reading to find out where to look for meteor showers tonight, how to catch as many bright shooting stars as possible, and much more!

You can also get more tips for watching meteor showers to better prepare for observations.

The first in a trio of meteor showers peaking at the end of the month is the Piscis Austrinids. This quite faint stream is active from July 15 to August 10, producing its peak rate of meteors on July 29. The parent body of the Piscis Austrinids is unknown; according to some studies, it might have disintegrated. These meteors enter the Earth’s atmosphere at a velocity of 35 km/s (21 mi/s) and appear to radiate from the point near the brilliant star Fomalhaut in the southern constellation Piscis Austrinus — hence the name.

When is the meteor shower best observed? According to the International Meteor Organization, the best time to see the Piscis Austrinids is around 03:00 local summer time (LST), when the radiant reaches its highest point in the sky. The stream will be best visible from the Southern hemisphere, but the Northern Hemisphere viewers can also catch sight of these meteors. The Piscis Austrinids produce up to 10 meteors per hour.

The Alpha Capricornids run from July 3 to August 15, with a peak of activity around July 30. These meteors occur when our planet passes through a trail of debris left by the periodic comet 169P/NEAT. Entering the terrestrial atmosphere at a velocity of 23 km/s (14 mi/s), they are rather slow and infrequent but relatively bright.

One more meteor shower peaking on July 30 is the Southern Delta Aquariids, which are active from about July 12 to August 23 each year. The origin of this strong stream is not known with certainty. According to most sources, the Delta Aquariid meteors may come from comet 96P Machholz. However, NASA's Jet Propulsion Laboratory considers the comet P/2008 Y12 (SOHO) to be the parent body of the meteor shower. With an entry velocity of 41 km/s (25 mi/s), these meteors appear to radiate from the point located in the constellation Aquarius, near the bright star Skat also known as Delta Aquarii.

Like the Piscis Austrinids, the Southern Delta Aquariids favor observers in the Southern hemisphere, although those located in the northern part of our planet can also see this stream. The radiant will be best placed near 03:00 LST, providing stargazers with the opportunity to catch more "shooting stars". During the peak activity, observers can catch about 18 meteors per hour.

The stargazing guide Star Walk 2 will help you enjoy the fiery stellar show in late July. Use the astronomical app to determine the position of a meteor shower’s radiant in the sky: the higher it climbs, the more meteors you’ll likely catch. Wishing you clear skies and happy observations!