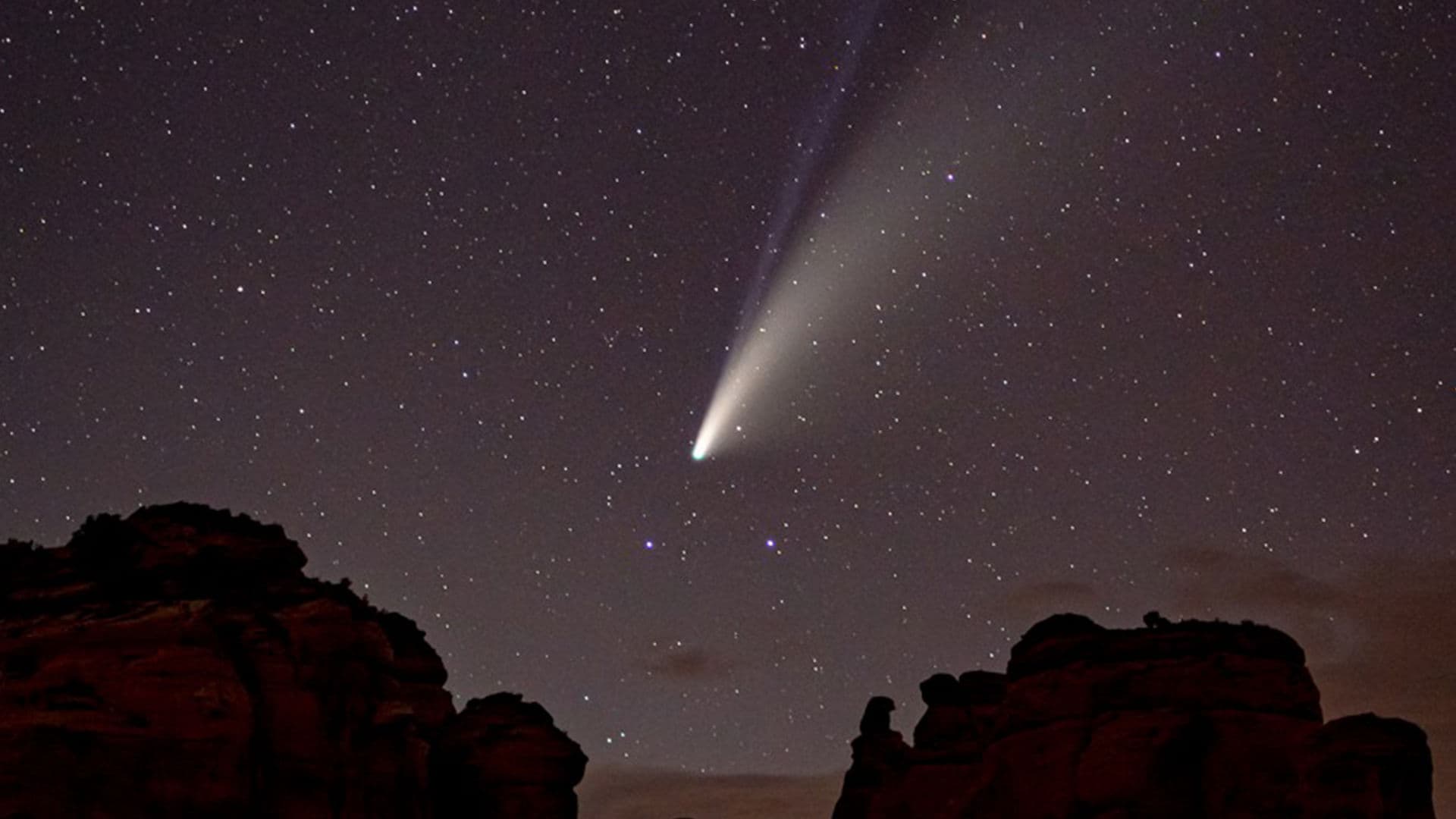 The comet NEOWISE is trending, but is it the first comet that took astronomy lovers’ minds? There were more of those even in the 21st century. Here is a list of the 5 great comets that appeared in our sky in the last 30 years. What is a great comet and when is the next one? All you need to know is here!

What is a great comet?

There is no official definition for this phenomenon. Often, comets that are bright enough to be noticed by the naked eye and are well-known outside the astronomical community, can be called great.

There are three criteria that a comet has to fulfill in order to be a great comet:

Although usually, comets are named after their discoverers, names of great comets contain the year they became great, for example The Great Comet of 1811. When you use Star Walk 2 for the comet observation, type the name of the comet you’re looking for or the year of discovery in the search field (e.g. 2020 or NEOWISE), and you’ll be able to follow its track in the sky.

The Great Comet of 1996 or Comet Hyakutake

Comet Hyakutake (or C/1996 B2) was discovered on January 30, 1996, by the Japanese amateur astronomer Yuji Hyakutake. At the time of its discovery, the comet was shining at a magnitude of 11.0. In March 1996 the comet’s approach to the Earth was one of the closest for the last 200 years. The Hyakutake had the longest known tail for a comet, was exceptionally bright, and easy to gaze at with an unarmed eye. According to the comet’s orbital period forecast, it won’t be back to the inner Solar System for 70000 years.

The Great Comet of 1997 or Comet Hale–Bopp

Comet Hale-Bopp (or C/1995 O1) was discovered independently 25 years ago, on July 23, 1995, by two American observers, Alan Hale and Thomas Bopp. The comet had an apparent magnitude of 10.5 and its orbital position was calculated as 7.2 AU from the Sun. It was seen by a naked eye for an amazingly long period — 18 months, which is twice more than the previous record that was set by The Great Comet of 1811.

The Great Comet of 2007 or Comet McNaught

The first great comet of the 21st century (C/2006 P1) was caught in the sky on August 7, 2006, by British-Australian astronomer Robert H. McNaught. It was easy to gaze at with a naked eye in the Southern Hemisphere in January and February, 2007. The comet shined vividly as the second brightest for since 1935.

The Great Comet of 2013 or Comet ISON

It was discovered on September 21, 2012, by two amateur astronomers from Russia. At this time, the object's apparent magnitude was around 19.0. Comet ISON had a preliminary orbit that was very similar to The Great Comet of 1680. Although there were multiple forecasts that it will become one of the brightest one in decades, even brighter than the Moon, it never became visible enough.

The status of the comet is questionable. On November 28, 2013, the comet didn’t survive the perihelion and disintegrated due to the Sun’s heat. However, in some articles, the comet is still called a great one. The reason is that it was bright enough to be noticed by the naked eye and quickly gained popularity in media.

Unlike the comet ISON, C/2020 F3 has successfully passed its perihelion on July 3. The main question here: can we call this comet a great one? It is already one of the brightest comets in the Northern Hemisphere since Comet Hale–Bopp and has been widely observed by many stargazers as it is perfectly seen with a naked eye. It also has been considered by Seiichi Yoshida and Farmer's Almanac as a possible great comet, and NASA noted that it could become known as a great comet.

Regarding detailed information about this amazing comet — we already published an article about C/2020 F3, click here to learn more.

On July 23, we’ll celebrate not only the 25th anniversary of the Hale-Bopp comet discovery, but also the closest approach of NEOWISE to the Earth. It will occur on July 23, 2020, 01:14 GMT, at a distance of 0.69 AU (103 million km). Don’t miss the chance to see this beautiful comet — it might be the last one in the closest future!

If we consider NEOWISE as a great comet, then there have been 5 great comets over the last 30 years. These comets are rare enough — on average, a great comet appears once in a decade and individually a comet’s orbital period can go beyond several thousand years. According to the statistics, there will be no new great comet any sooner.