Everything You Wanted to Know About Comet NEOWISE 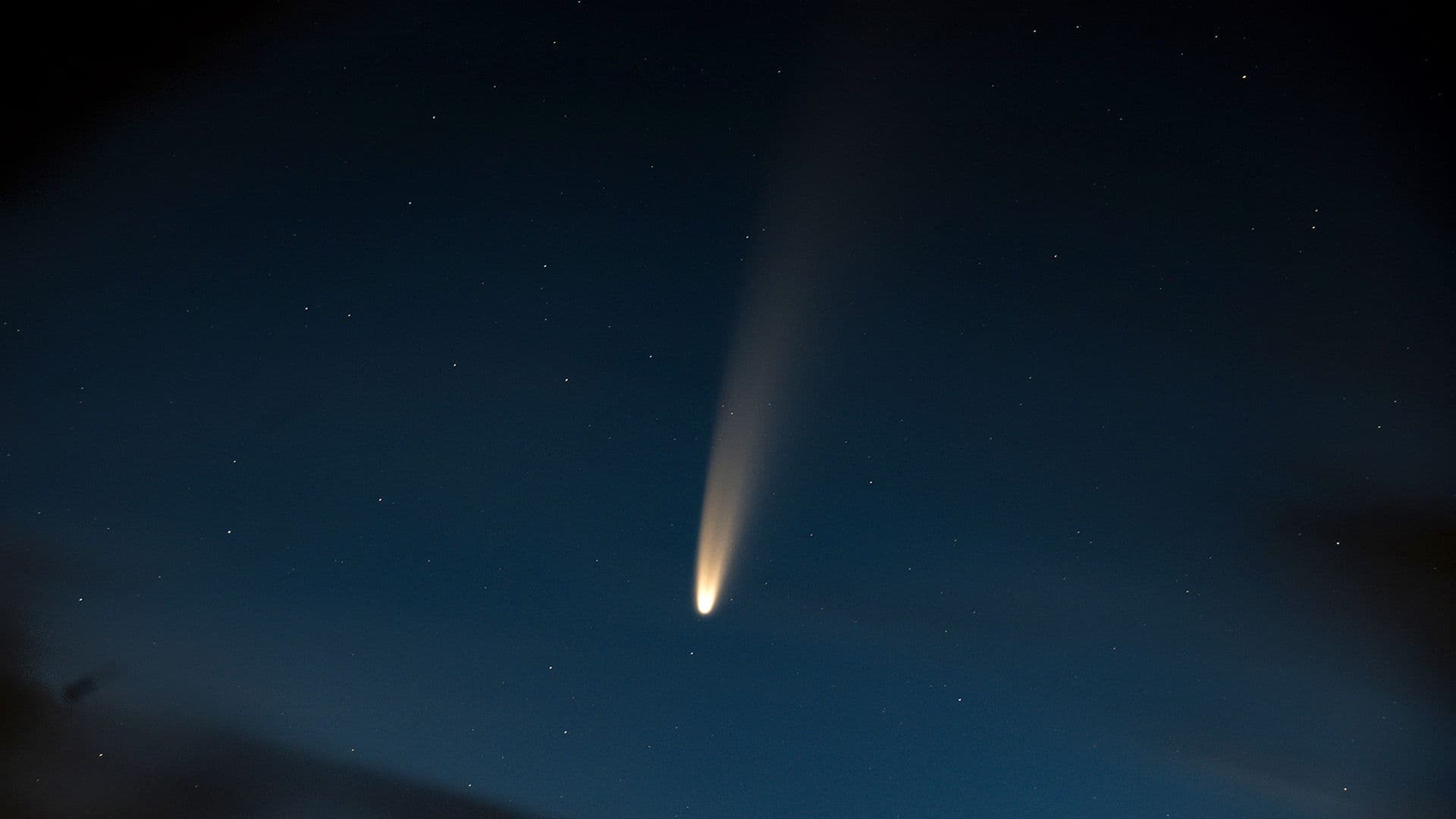 The brightest comet over the last 7 years, C/2020 F3 NEOWISE, has survived perihelion and is now getting closer to Earth — to the joy of all astronomy lovers. In this article, we’ll answer the most frequently asked questions about the comet. Let’s get started!

• Is the comet visible in my location?

• Where should I look to see NEOWISE?

You should look for the comet in the northwestern sky, below and to the right of the Big Dipper of Ursa Major. The easiest way to spot the comet is to use the Star Walk 2 app. Just type “NEOWISE” in the search field and you’ll see the exact position of the comet in the sky.

• When can I see NEOWISE?

It’s best to view the comet at dusk or early dawn. Try to get away from city lights and wait until about an hour after sunset. Early risers can view NEOWISE an hour or so before dawn.

• What’s the best day to observe the comet?

On July 17, 2020, illumination of the comet by the Sun will reach its maximum. This means that the tail of the comet will be at its brightest. Moreover, right now, the Moon is waning, which greatly improves visibility of the comet’s tail.

• Is the comet visible to the naked eye?

If you know where to look, you can actually see the comet with the unaided eye due to its proximity to Earth and exceptional brightness — it has already reached the magnitude of 1.6. But, of course, it’s better to observe it with optical devices if you want to see the details.

• What equipment should I use to observe the comet?

You can use any optical equipment you have at hand. With a pair of binoculars, you’ll be able to see the comet’s beautiful tail. It’s best to use binoculars with 7x to 10x magnification and at least 50 mm lenses. A good telescope (with a 100-400 mm aperture) will reveal to you that the comet’s tail is actually split!

• How do I capture the comet?

Most importantly, you should mount your camera on a tripod — without it, the image will be smudged. Set the shutter speed in the range from 1 to 10 seconds, depending on your lens. The best focal length would be from 50 to 600 mm. To reduce image noise, it’s better to lower the ISO.

The comet was discovered using the NEOWISE space telescope and was named after it. It also has a systematic designation C/2020 F3. The “C” designates the word “comet” and also states that it’s a non-periodic comet; 2020 is, obviously, the year of discovery; “F” means that the comet was discovered in the second half of March; and number 3 designates that it was the third comet identified in that half month.

• Where did NEOWISE come from?

Most probably, it originated in the Oort Cloud which is thought to be an area at the edge of the Solar System that contains billions of comets.

• What will happen to NEOWISE in future?

The comet will gradually move away from us and will seem less and less bright. By mid-August, NEOWISE will head back to the outer regions of the Solar System and will be visible only with a telescope. Next time, it will be possible to see the comet from Earth in the year 8786.

We hope our article has helped you out and now you know more about the NEOWISE comet. Remember, the comet won’t come near us for almost 7,000 years, so don’t miss it!