Let’s find out what to see in the sky in early September.

Once it’s dark, tilt your head back, look way up and point your finger directly overhead. That’s the zenith - the point of the sky directly above you. While objects occupy that position, they will always appear at their best. In early evening in early September every year, the constellations of Lyra (the Harp), Cygnus (the Swan), Hercules, and Draco (the Dragon) occupy the zenith.

Look for a medium-dim star about a finger’s width to the left of Vega. A similarly dim star sits about a finger’s width below it. The three stars form a neat little triangle with Vega on the right. Binoculars or a small telescope will reveal that the triangle’s star to the left of Vega, designated Epsilon Lyrae, is actually a close pair of stars. The other corner of our little triangle is the star Zeta Lyrae, and it, too can be split into a double star with binoculars. Both are white and one is slightly brighter than its partner.

Zeta is also the top right star of a narrow, upright parallelogram that forms the rest of the constellation. Moving clockwise, we find Sheliak, Sulafat, and Delta Lyrae. Sheliak is the brightest of a tight little grouping of stars visible in a telescope. Sheliak itself has a close-in, dim partner that orbits the main star so that, every 13 days, the brighter star is blocked and the total brightness drops by a noticeable amount. This is called an Eclipsing Binary system.

Next, at the bottom of the parallelogram, sits Sulafat. Sulafat is a hot, blue giant star located 620 light-years away. Similar in colour to Vega, Sulafat is much larger. Finally, at the upper left of the parallelogram is Delta Lyrae. Sharp eyes and binoculars will easily reveal that this is yet another pair of stars – one blue (upper) and one red (lower).

Train your telescope midway between Sheliak and Sulafat, and look for the little, dim, grey smoke ring known as the Ring Nebula (also known as Messier 57). This little bubble of gas in space is the remnant of a dead star of a similar mass to our Sun. Finally, using binoculars or a telescope, sweep to the lower left the line that joins Sheliak to Sulafat. At about twice their separation (from Sulafat) is a Globular Star Cluster called Messier 56 (also known as NGC 6779). 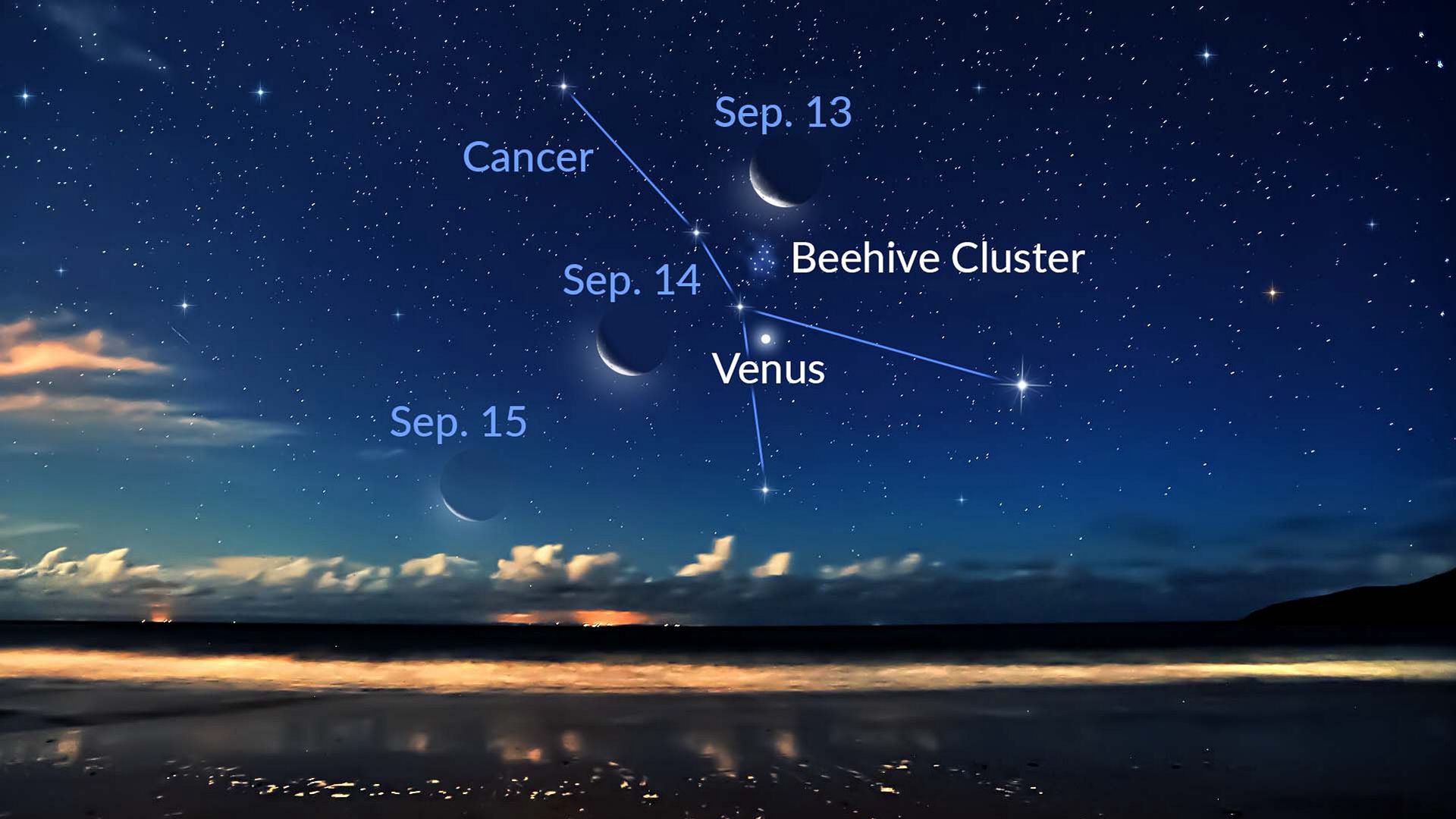