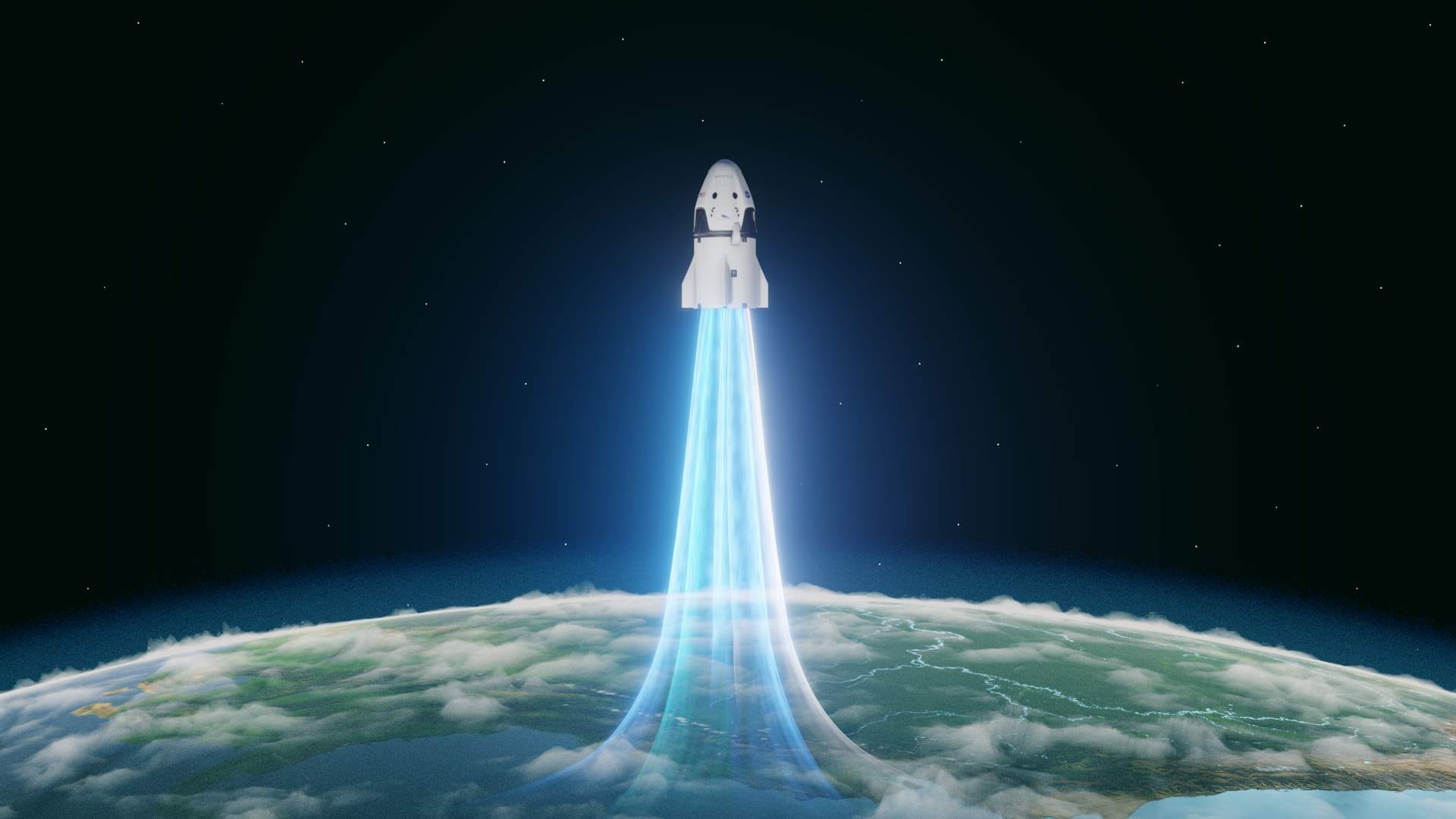 Elon Musk's company SpaceX is ready to launch the orbital mission with only private citizens on board. Today we’ll tell you about this mission in detail.

Inspiration4 is the world’s first all-civilian mission to the Earth’s orbit. The four-person team was sent to orbit by the SpaceX Crew Dragon Resilience capsule from Kennedy Space Center’s Launch Complex 39A on September 16, 2021, at 00:02 GMT (September 15, 8:02 p.m. EDT). The spacecraft will travel across a low Earth orbit for 3 days.

The mission is sponsored by Jared Isaacman, an American billionaire and pilot. He purchased all four seats from SpaceX — one for himself to command the mission and the other three to dispose of at his own discretion.

Although Jared Isaacman is the flight's commander, SpaceX contributed significantly to Inspiration4. Elon Musk’s company provides a spacecraft, trains the astronauts, launches the crew, and monitors the mission at all stages.

There are two sides to the Inspiration4 mission. Its scientific value lies in conducting microgravity research and experimentation. The crew will carry out experiments designed to expand our knowledge of the universe (as it is said on the Inspiration4 official website).

At the same time, Inspiration4 is a part of Isaacman’s mission of raising US$200 million for St. Jude Children's Research Hospital. This pediatric cancer research hospital does not charge patients for their treatment even though it costs about US$2.8 million a day to run. Isaacman already donated US$100 million to the hospital from his own pocket.

As the financial backer of the spaceflight and the first passenger, Jared Isaacman selected the other three crew members. Each passenger exhibits one of the four attributes: leadership, hope, generosity, or prosperity.

The second member is 29-years-old Hayley Arceneaux, a cancer survivor and physician assistant at St. Jude’s Children’s Research Hospital. She will be the youngest American and the first person with a prosthesis ever to go to space. Arceneaux will serve as a medical officer of the mission.

The third member is 41-years-old Christopher Sembroski, a U.S. Air Force veteran and data engineer. This seat was drawn among the participants of the fundraiser sweepstakes for St. Jude’s Hospital. Sembroski’s raffle ticket didn’t win; however, the initially chosen person (who remains anonymous) declined for personal reasons and gave his ticket to his friend, Sembroski. Christopher Sembroski will serve as a mission specialist and help manage payload, science experiments, communications to mission control, and more.

The fourth passenger is 51-years old Sian Proctor, a geology professor and science communicator. She got her seat as a winner of the Shift4Shop competition. This contest was held among entrepreneurs setting up online stores using Isaacman’s Shift4 payment platform. As Proctor is interested in space flights and was a finalist for the 2009 NASA Astronaut Selection Process, she will pilot the Inspiration4 mission.

Is this the first time civilians go to space?

Apart from recent Jeff Bezos and Richard Branson’s suborbital hops, there are several civilians who've been on space flights before. The first space tourist was Dennis Tito — he visited the ISS in 2001. Anousheh Ansari, the first female space tourist, and Charles Simonyi, the first repeat space tourist, followed him in 2006 and 2009. The first fare-paying civilian passenger who took part in a spaceflight was Akiyama Toyohiro in 1990. He also was the first Japanese citizen and the first journalist to travel into space. However, Inspiration4 is the world’s first orbital mission with a crew made up entirely of civilians!

Inspiration4 mission shows that space tourism is closer than it’s ever been. Would you like to take part in a space flight as a non-professional astronaut? Share your answers on social media!