Full Moon in September 2022: All You Need to Know 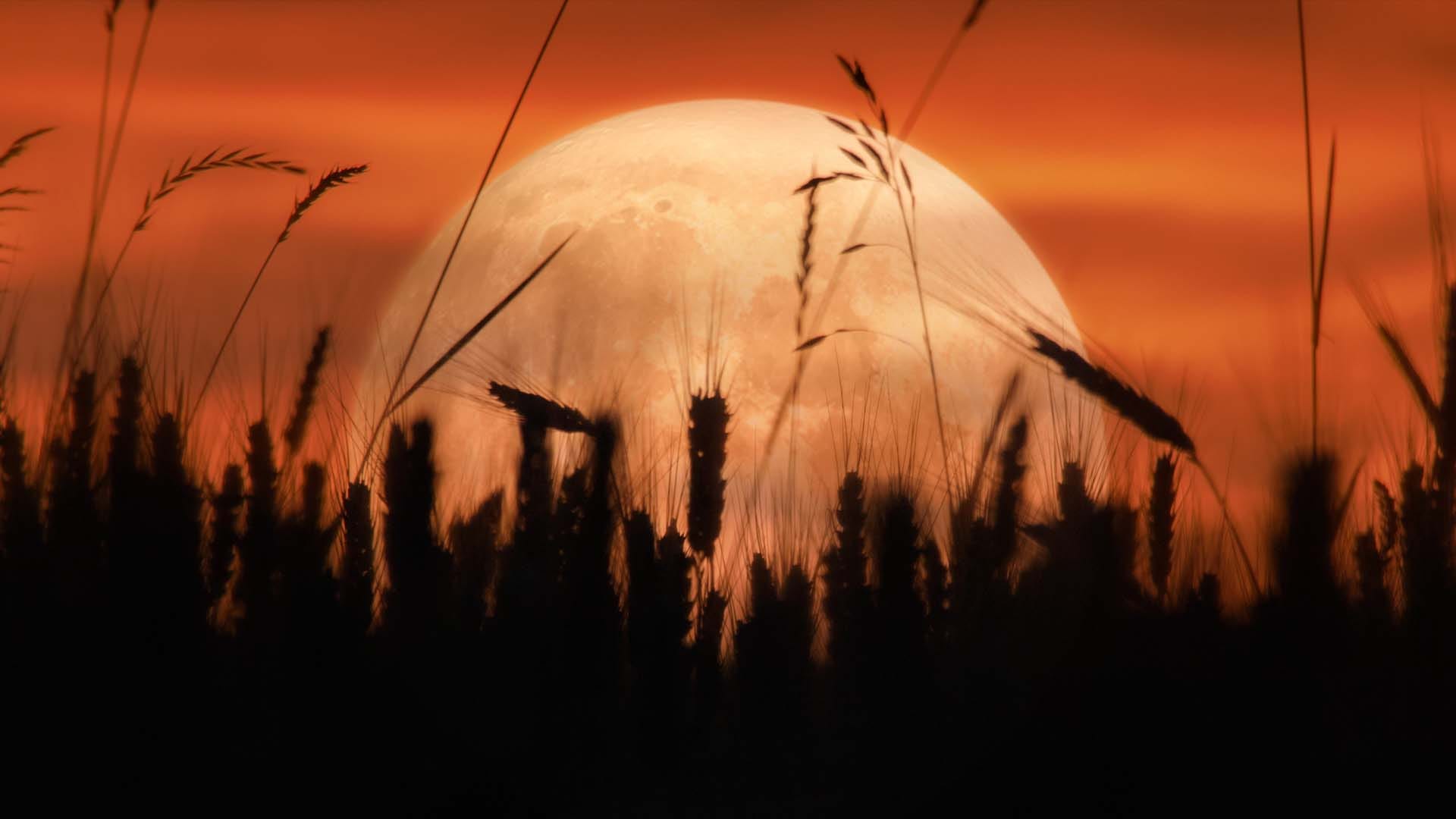 When is the Full Moon in September 2022?

This month, the Full Moon will occur on September 10 at 09:59 GMT (5:59 a.m. EDT). At this time, our natural satellite will lie in the constellation Aquarius. If the Moon is below the horizon at this time in your region, you’ll still have a chance to see it. To the naked eye, the Moon will appear completely round and bright the day before and after the event.

What is a Harvest Moon?

The Harvest Moon is the Full Moon closest to the autumnal equinox, which occurs in September in the Northern Hemisphere and in March in the Southern Hemisphere. Around this time, the Moon rises soon after sunset. In the past, this allowed farmers to work longer and harvest their crops in the evening, under the moonlight. That’s why the Full Moon occurring around the autumnal equinox was called the Harvest Moon.

When is the next Harvest Moon?

Why does the Harvest Moon look orange?

The Moon can have an orange hue while hanging low in the sky. The reason is that the blue wavelengths get scattered by the atmosphere, leaving more of the red wavelengths, so the Moon gets an orange or reddish glow. Pass our quiz and learn more about the possible colors of the Moon!

As we mentioned before, the Harvest Moon is the name used to denote both September and October Full Moons, depending on the date of the autumnal equinox. When the Harvest Moon occurs in October, the September Full Moon is called the Corn Moon. The other traditional name used by the Native American tribes is the Rutting Moon: during this period, the mating season begins for deer.

The other alternative names for the September Full Moon include:

For the Chinese people, the September Full Moon marks the mid-Autumn Festival, also known as the Mooncake Festival or Lantern Festival. It is the second most important festival after the Lunar New Year. On this day, people traditionally get together with their family and friends, eat mooncakes, light up paper lanterns, and gaze at the Moon. Similar September Full Moon traditions are found in many cultures around the world, including Japan, Korea, Vietnam, India, and Sri Lanka.

What’s in the sky near the Full Moon in September?

On September 8, two days before the Full Moon, our natural satellite will meet Saturn in the constellation Capricornus. On September 11, we will see the Moon next to Jupiter. For the exact timings and observing tips, check our article about lunar-planetary conjunctions.

The October Full Moon, or the Hunter’s Moon, will be on October 9, 2022. Use our colorful Full Moon calendar so as not to miss the best time to observe the Moon.