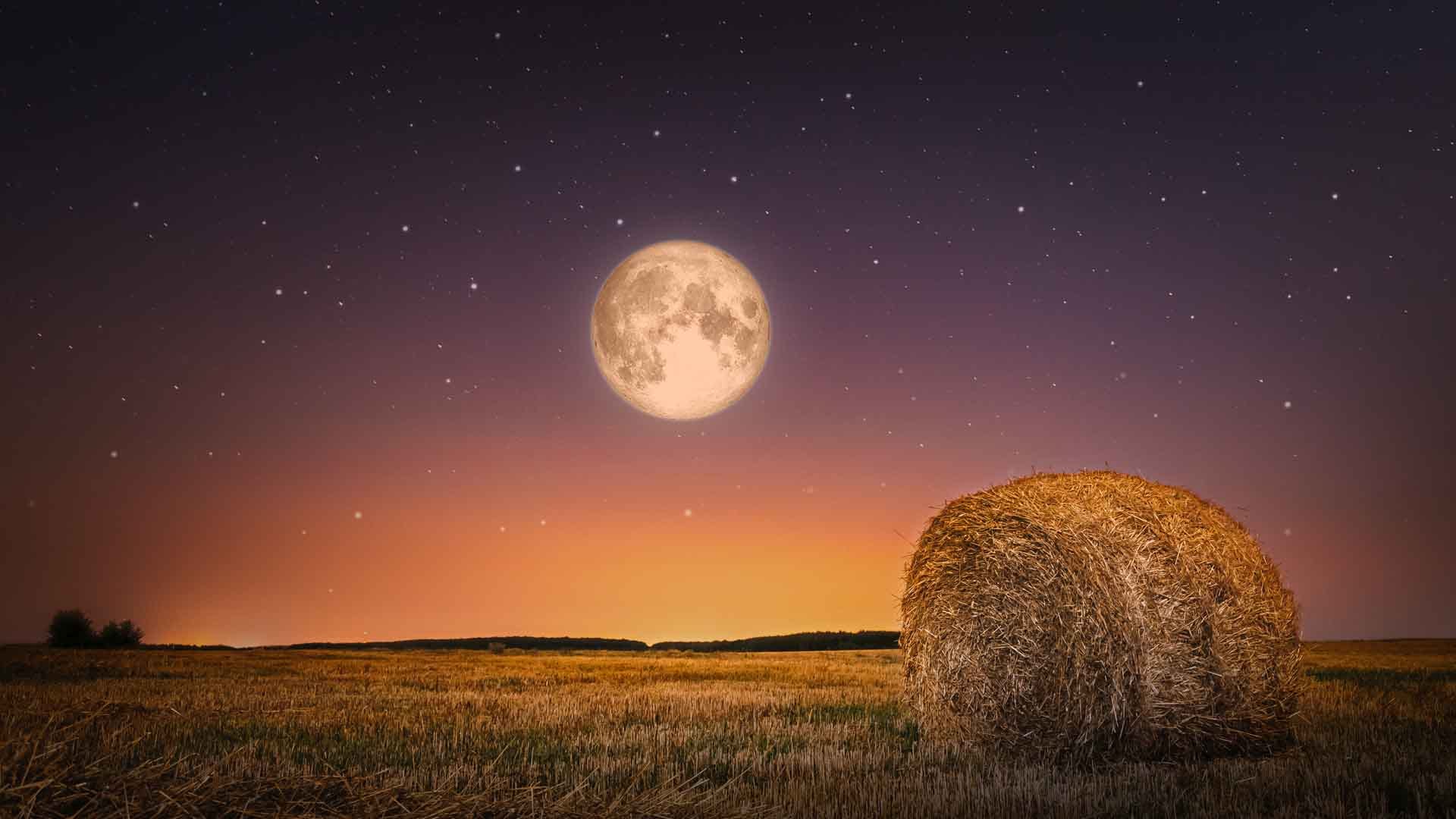 The Full Moon will occur on September 20, 2021, two days before the September equinox. In the Northern Hemisphere, it bears the name Harvest Moon; today, we’ll tell you more about this name’s background and reveal when to look for the fully illuminated lunar disk in the sky.

What is a Harvest Moon?

Harvest Moon rises earlier than an average one for several evenings in a row. Thus, traditionally, it gave farmers some extra moonlight to let them finish harvesting before cold weather. In the Northern Hemisphere, the Harvest Moon usually occurs in September-October, and in the Southern Hemisphere, it comes in March or early April.

Among different cultures, the September Full Moon is known under other names. Here are some examples.

When is the Harvest Moon?

This year, the Harvest Full Moon will occur on September 20, at 23:54 GMT (06:54 a.m. EDT). The lunar disk will look full for several nights, so start your observations in advance. Besides, as we mentioned above, the Harvest Full Moon will rise ​​closer to the sunset for the following nights. It will be up 20-25 minutes later daily instead of 50 minutes as an average Full Moon.

To learn the Moon rise and set times, use our stargazing apps. They will also provide you with other helpful information, such as the sunset and sunrise time and Moon’s position in the sky for your location.

The following (Hunter) Full Moon will take place on October 20, 2021. Some people also call it the Halloween Moon due to its closeness to the spooky holiday. We’ll reveal the meaning of the October Full Moon name closer to the date.

Why is the Harvest Moon orange?

The lunar disk often appears orange to observers from the Earth — there is a scientific explanation behind this phenomenon.

If you look at the Full (or nearly Full) Moon shortly after sunset, you’ll catch its orange shade. The thing is, Earth’s atmosphere tends to get thicker near the horizon, so when the Moon is low in the sky, the moonlight has to pass a longer distance through the atmosphere. Over this path, the shorter bluer light wavelengths scatter away, while the longer, redder wavelengths stay.

By the way, dust or polluted air can also turn the Moon’s color red. To see how much you know about the colors of the Moon, take our quiz!

Enjoy the Full Harvest Moon this month and share your images of this spectacular event on social media.