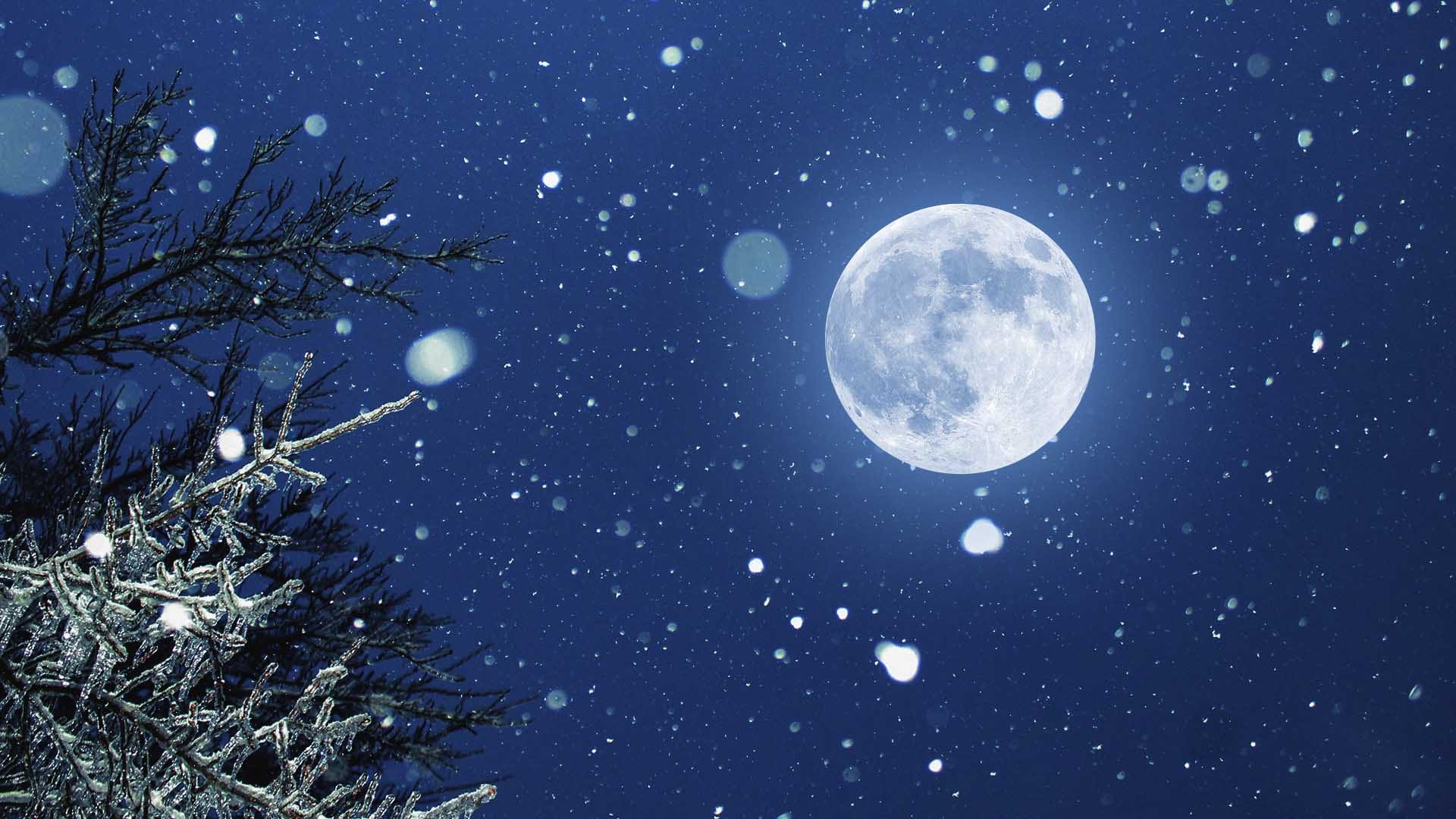 The second Full Moon of 2022 will occur on February 16. In this article, we’ll tell you why it’s called the Snow Moon and what’s the best time for its observation.

If you want to learn more about the upcoming Full Moons and the origins of their names, check out our colorful Full Moon calendar for 2022!

This month, the Moon will reach its full phase on February 16, at 16:57 GMT (11:57 a.m. EST). Our natural satellite will shine with a magnitude of -12.4 and reach its highest point in the sky around midnight. You’ll find it in the constellation Leo, not far from the bright star Regulus. Remember that you don’t really need to know the exact time of this event to enjoy it, as the Moon will appear full on the nights around February 16.

What is a Snow Moon?

Traditionally, the February Full Moon is called the Snow Moon in North America and Europe. Unlike some other Full Moon names (like the Worm Moon or the Pink Moon), this name speaks for itself and doesn’t require much explanation. February is the month of heaviest snowfalls in North America, so native American tribes referred to it as the Snow Moon. Some tribes also called it the Hunger Moon because it was difficult to hunt under harsh weather conditions.

Different cultures gave the February Full Moon different names. Here are some of them:

The next Full Moon will occur on March 18. It is traditionally referred to as the Worm Moon. We’ll explain the origin of this peculiar name and provide other useful information about the March Full Moon closer to the date.

What phase is the Moon in tonight?

To always know the phase of the Moon, download our app Sky Tonight. Open the app, tap the Magnifier icon, type “Moon” in the search field, and tap the corresponding search result. On the Figures tab, you’ll find info on the Moon’s current phase, visual magnitude, and illumination. On the Events tab, you can see the list of upcoming astronomical events related to the Moon.

Another app that can provide useful information about the Moon is Ephemeris. After launching the app, find the green crescent icon on the side panel. Drag the icon to the left to open the side panel. In the “Moon” section, you’ll find the Moon’s phase, altitude, size, and other parameters. Tap the “Day Info” subsection to see the Moon phase calendar for the upcoming months.