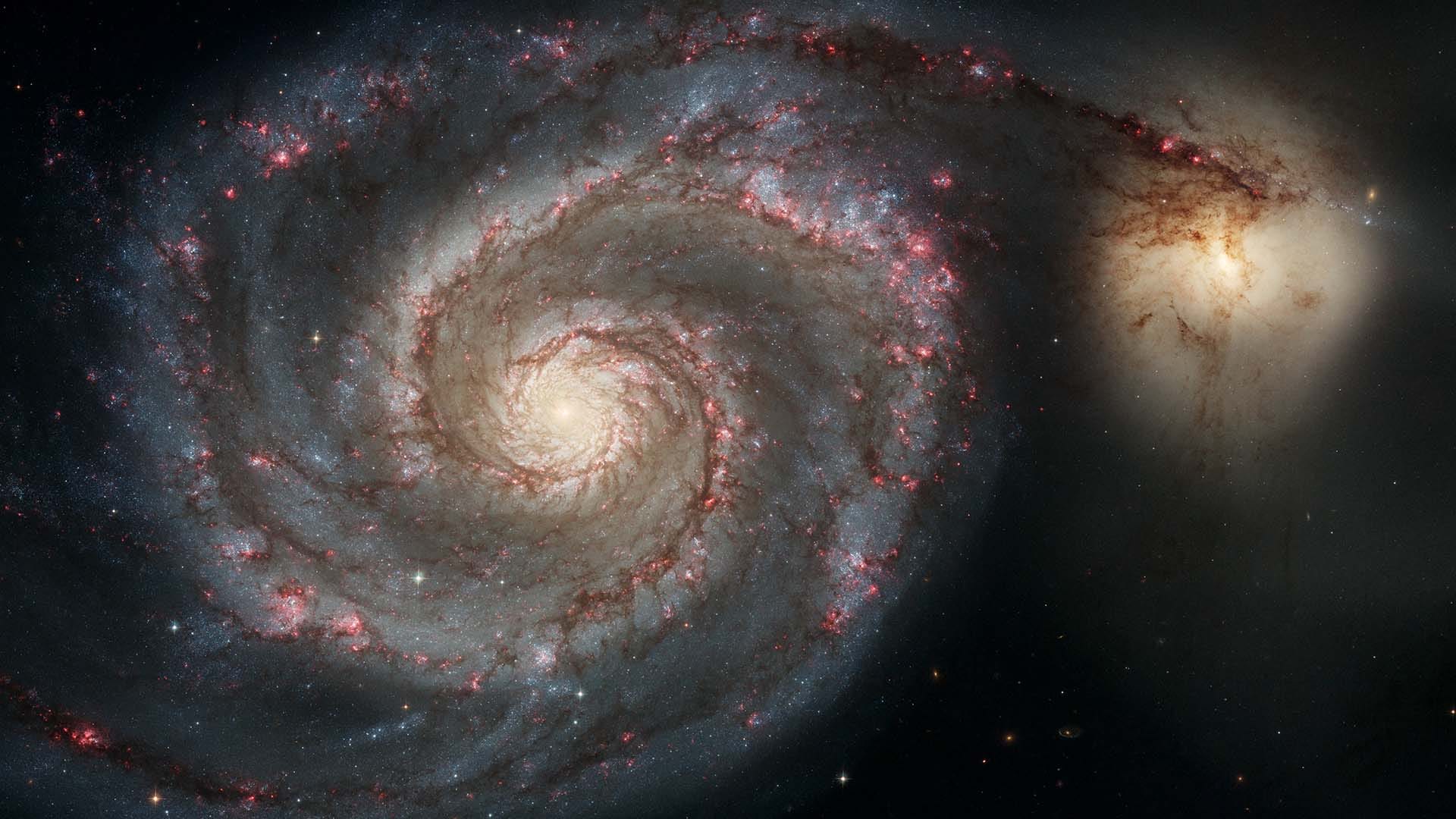 Our universe is full of beautiful celestial bodies that we are lucky to observe from our home planet Earth. And these are not only stars and nearby planets that appear as bright dots in the sky for a stargazer without any optics. If we look intently, we may see so-called deep-sky objects that look like hazy spots in the sky and start to take shape only if you take a telescope or binoculars. Let’s get a closer look at these faraway objects.

What is a deep-sky object?

Deep-sky object is a term used to describe astronomical objects beyond our Solar System – nebulae, star clusters, and galaxies are the most common types of them. They usually require binoculars or a telescope to observe, though some of them can be faintly seen by the naked eye in the dark night sky.

What is a Messier object?

The best observable deep-sky targets are listed in the Messier catalog. There are 110 Messier objects that include groupings of stars, clouds of gas and dust in our Milky Way, plus galaxies beyond our own that look gorgeous through a telescope. It’s interesting that Charles Messier himself didn’t know he was creating the list of the brightest deep-sky objects. He was a comet hunter and listed all of the objects that shouldn’t be confused with comets. Anyway, curious stargazers now honor Messier and his catalog. There is even a competition called the Messier marathon when astronomers try to find as many Messier objects as possible in one night, testing their observing abilities and the quality of their optics.

Why are some galaxies called NGC?

The other popular reference list is NGC – The New General Catalogue of Nebulae and Clusters of Stars. It contains 7,840 objects, so you’ll have the targets to observe for your whole life. The objects of these two catalogs, along with many others, can be found for free in the Sky Tonight app — just write the object’s name in the search field, and you’ll learn its location and get detailed info about it.

What are the most visible deep-sky objects?

If you are an eagle-eyed observer, you can try to find the Andromeda Galaxy (M31) and the Pleiades (M45) even with the naked eye. They are better seen, of course, when the skies aren’t light-polluted. There are more options though, if you take optics. And here we provide a list of DSOs that are well-placed in April for stargazing and astrophotography, including the dates when they are highest in the sky. Make a check-list and find them all!

Placed in the constellation Virgo, the Sombrero galaxy is one of the most challenging targets for astrophotography, because it’s very bright in the center but hazy in the outskirts. You can spot the galaxy's big and bright central bulge even through small binoculars. However, if you want to get the best view of its dim outskirts, you should use at least a 10 to 12-inch telescope.

M94 is a spiral galaxy placed in the constellation Canes Venatici. The galaxy is known as a fruitful star-forming region and the place where there is lack of dark matter – astronomers still don’t know why. So, M94 is a target for intense studies.

NGC 5128, located in the constellation Centaurus, is a lenticular galaxy that swallowed a spiral galaxy about five million years ago. That event caused the strong radio emission which we still catch as radio waves on the Earth.

Omega Centauri is the Milky Way’s largest globular cluster containing, as estimated, 10 million stars. It’s seen as a hazy star to the naked eye, and so it was included into Ptolemy’s star catalog in 140 AD. Nowadays, using even a small telescope you can see the magnificent beauty of this star cluster in the constellation Centaurus, in the southern locations.

The spiral galaxy M51 is located in the constellation Canes Venatici. Its magnetic winding arms consist of stars and gas laced with dust. The arms serve as star factories, creating new star clusters by compressing hydrogen gas. M51 is a very photogenic galaxy, well-seen even through amatuer telescopes in the Northern Hemisphere.

M83 is located in the constellation Hydra. This magnificent galaxy with an apparent magnitude of 7.5 is one of the brightest spiral galaxies in the night sky. And there is no surprise it’s so bright – it’s had six supernovae in the past 100 years! It will be best seen in April in the Southern Hemisphere looking very similar to our own Milky Way.

The global cluster Messier 3 is situated in the constellation Canes Venatici. It contains the greatest number of variable stars among all known clusters. Such stars change their brightness with the time which is very useful for astronomers to measure distances to deep-sky objects. And, science apart, it’s just a stunningly beautiful celestial object – millions of stars striving to the cluster’s dense center.

Located in Ursa Major, the Pinwheel Galaxy is best viewed in the Northern Hemisphere this spring. And it’s not even a single deep-sky object – it contains 11 bright nebulae that have their own NGC numbers.

In April 2022, you’ll also be able to see the Moon pass close to the Pleiades and the Beehive cluster and then Mercury in conjunction with the Pleiades. Let’s take a closer look at these events.

On April 5, at 01:16 GMT (April 4, 9:16 p.m. EDT), the Moon will meet the Pleiades star cluster. This event isn’t so spectacular for naked-eyed view, but through a telescope or binoculars you’ll get a sightworthy picture of our natural satellite slowly gliding close to the Pleiades.

On April 10, at 16:27 GMT (10:27 a.m. EDT), the Moon will cross the Beehive Cluster, occulting dozens of its stars. Although the Moon will be too bright to look closely at the cluster that night, you’ll still get the unique view through binoculars.

On April 29, at 19:29 GMT (3:29 p.m. EDT), Mercury and the Pleiades will be in conjunction, both seen well even through small binoculars. Mercury will be 1.3° to the lower left of the Pleiades star cluster, closer to its brightest star Eta Tauri also known as Alcyone.

It may seem difficult at first to find your way to deep space, but just imagine that this faint fuzzy you’ve caught into your binoculars is a giant galaxy more than 31 million light-years from the Earth! It’s a thrilling experience that you shouldn’t miss. After all, there is no need to be alone in this journey – you can easily locate deep-sky objects with stargazing apps Star Walk 2 and Sky Tonight.