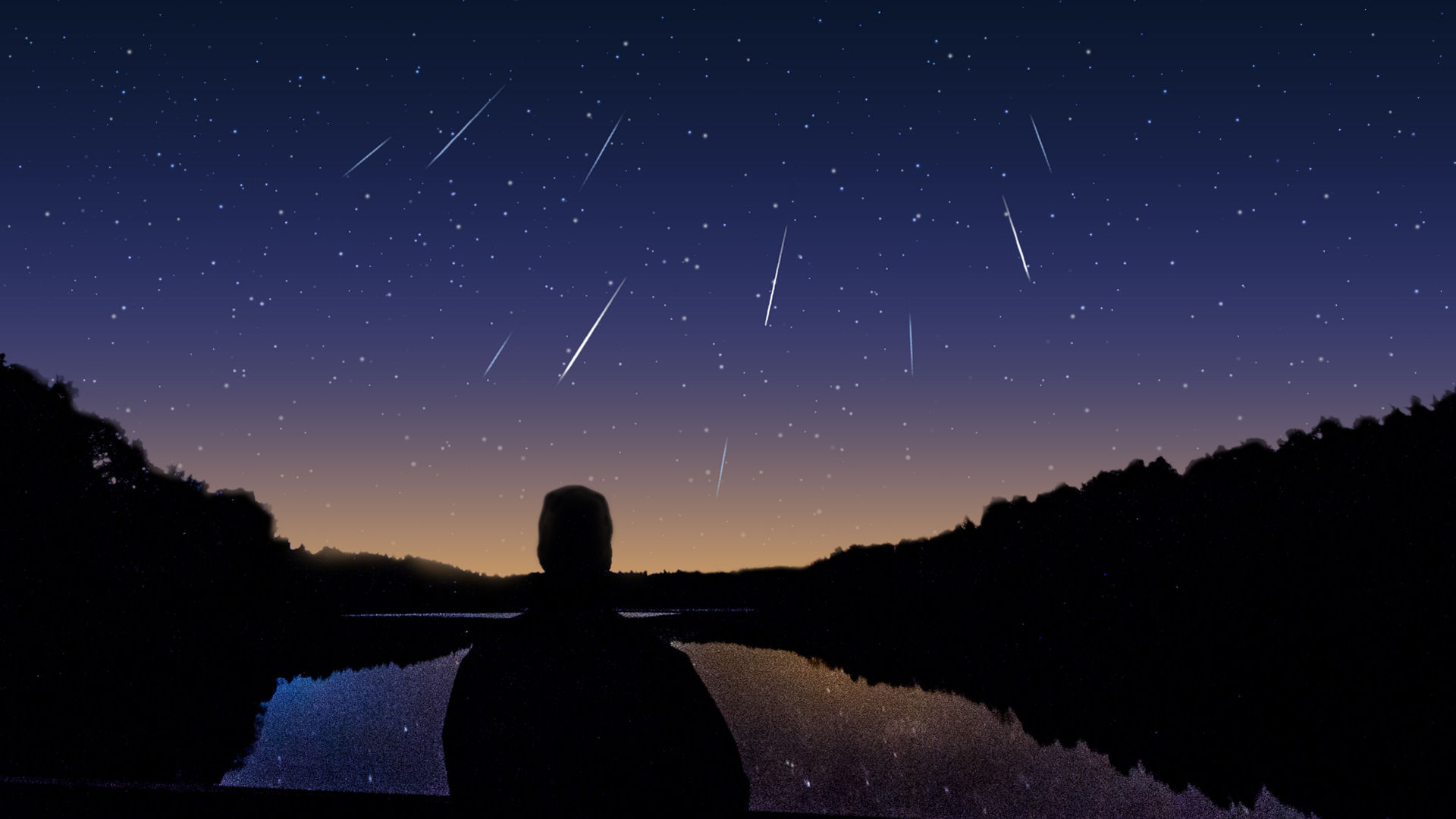 The Lyrid meteor shower lights up the sky in late April every year. In 2020, an almost new moon will leave the sky dark and perfect for meteor-watching. Read on to find out everything about the Lyrids and get ready to observe them.

About the Lyrid meteor shower

The annual Lyrid meteor shower is active from April 16 to 28 and produces its maximum activity around 22 April every year. The radiant of the shower (the area of the sky where meteors appear to shoot from) is located near the brightest star in the constellation Lyra and the fifth-brightest star in the night sky – Vega (Alpha Lyrae).

Originated from debris left by the long-period Comet C/1861 G1 Thatcher, the Lyrid meteor is one of the oldest known meteor showers. Its meteors have been observed for 2700 years.

The Lyrids are known for producing very bright and fast meteors and sometimes fireballs. The brightest meteors leave glowing dust trains behind them that can be seen for several seconds. At its peak, the Lyrid meteor shower usually produces from 10 to 20 meteors per hour. However, from time to time, Lyrids can surprise skywatchers with an outburst of nearly 100 meteors per hour.

This year the Lyrid meteor shower reaches its peak before dawn on Wednesday, April 22 (around 18:00 UTC). No outburst is expected this time, but spectacular meteors are worth seeing. Several days before and after the shower’s peak are also good for watching meteors. All you need to know not to miss the Lyrids is the rise and set time of the radiant. With Star Walk 2 app you can easily find the radiant point in the sky and determine the time of its rise, culmination and set for your location.

There is no need to constantly look at the radiant after you find it. The Lyrids can be seen in all parts of the sky. For better results, find an area away from city lights and look up with the naked eye. Do not use binoculars or a telescope – their fields of view are too narrow for meteors.

Who will see meteors?

The Lyrid meteor shower is better observed in the Northern hemisphere, as Vega is high in the sky before dawn there. Viewers in the Southern hemisphere will see a smaller number of meteors due to the lower position of the shower’s radiant above the horizon. For viewers in the Southern hemisphere, the night of April 21-22 also offers an opportunity to see the π-Puppid meteor shower. This shower is much weaker than the Lyrids, nevertheless, there will be a chance of seeing meteors in the sky near the shower’s radiant – the constellation Puppis.