Watch the Moon and Mars this April! 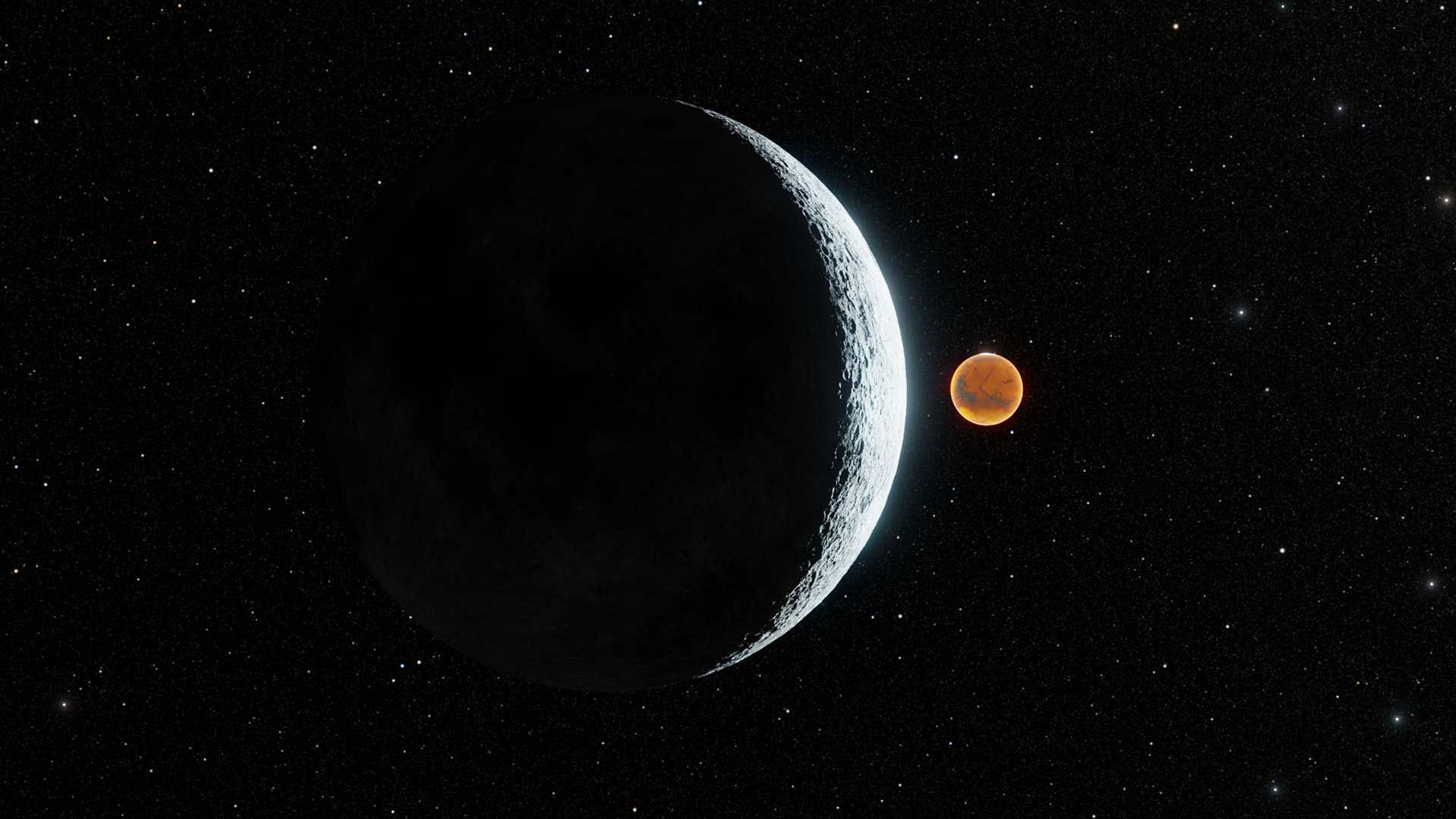 The Moon and Mars will meet in the April sky this weekend for a conjunction and an occultation. Although the latter is visible only from Southeast Asia, the conjunction of the two space objects will be observable from almost all locations. How to see the shining duo? Keep reading!

What is an occultation in astronomy?

While star occultations are relatively frequent, an occultation of a planet takes place only several times a year. The Moon’s exact position in the sky differs depending on your exact location on the Earth. This means that no lunar occultation can be visible across the whole Earth: if the Moon passes right in front of a particular object for an observer on one side of the Earth, it will appear up to two degrees away from that object on the other side of the Earth. A simple example of a lunar occultation is a total solar eclipse, which is basically the Moon occulting the Sun. For an observer from a particular region on the Earth, the Moon will pass in front of the Sun and completely block the Sun’s light.

How to see the occultation?

The lunar occultation of Mars on April 17, 2021, will be visible at nighttime only from Southeast Asia.

Time is essential in terms of observing occultations. Plan your future observation with the help of Star Walk 2 and its Time Machine feature. Open the app, find the Moon, tap the watch icon in the upper right corner of the screen. Then tap the minutes or hours and scroll the bar on the right to travel into the future and follow the Moon’s path across the sky. Note that the Moon appears bigger in the app and might occult Mars earlier than in the real sky. To avoid it, zoom on the Moon using your fingers.

The Moon and Mars conjunction

If you do not happen to live in Southeast Asia, don’t worry, the April Moon and Mars are still worth observing. They will reach conjunction on April 17, at 8:08 a.m. EDT (12:08 GMT). With a visual magnitude of -11.0, the Moon will pass 0°07' to the south of Mars that will shine at a visual magnitude of 1.5. At this time, the Moon will be 24.1% illuminated. Better start watching in advance — a night before — to see our natural satellite and the reddish planet meeting in the constellation Taurus. And even after the moment of conjunction, they will stay relatively close to each other.

The pair will be close enough to fit within the field of view of a telescope and also will be visible to the naked eye or through a pair of binoculars. To trace the Moon’s and Mars’s paths over time, you can use the same Time Machine feature of Star Walk 2. If you have some problems using this feature, watch the video guide on how to set the time and date.

These were our suggestions to keep you busy with astronomical observations on weekends. Share this article with your friends on social media, and happy stargazing!