Neptune and Fortuna at Opposition 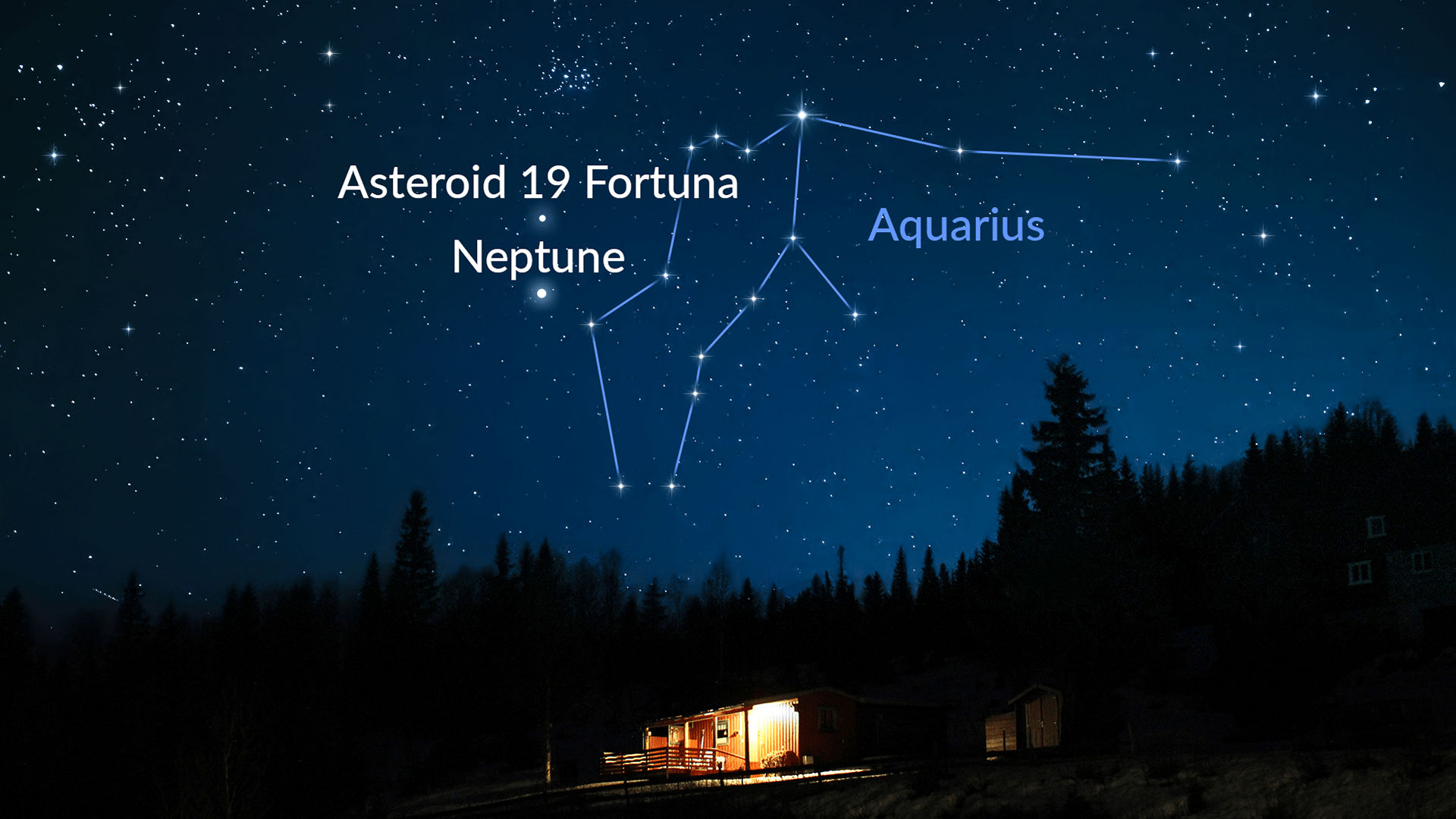 This week is the best time to see the blue ice giant Neptune and one of the largest asteroids, Fortuna, as they reach opposition on September 11, 2020. Read on and you’ll learn how and when to see the blue planet and the asteroid at their biggest and brightest of the year!

Neptune opposite the Sun

On September 11, 2020, at 20:10 GMT (4:10 p.m. EDT) Neptune, the eighth and outermost planet from the Sun, will reach opposition. The planet will be 180° from the Sun in the sky, while the Earth will pass between them. In this position, the Earth-facing side of the ice giant will be almost completely illuminated by the sunlight. Neptune will shine at a magnitude 7.8 in the constellation Aquarius high in the sky on this special night.

At around the same time, Neptune will reach the closest point to the Earth (the perigee) and thus will appear at its largest and brightest. But even at its closest approach to our planet, Neptune can’t be seen by the naked eye. You’ll need binoculars or a telescope to see the blue planet. Look for Neptune in the eastern part of the sky around sunset. Early risers can observe it shining in the west around sunrise.

Next to the ice giant, you can spot the 4th-magnitude star Phi (φ) Aquarii. This reddish M-type star is rather faint, still, it’s about 30 times brighter than Neptune. It will be visible to the unaided eye on this night as the light of the waning crescent Moon won’t outshine it.

Enjoy Neptune and the stars surrounding it with the astronomical application Star Walk 2. In the Star Walk 2 app, you’ll find the rise and set times for celestial objects, their positions in the sky above you, and interesting facts about them.

The asteroid 19 Fortuna also passes the points of opposition and perigee on September 11, 2020. It will reach opposition at 11:58 GMT (07:58 a.m. EDT) shining in the constellation Pisces. Despite shining at its brightest (its magnitude will be 9.4), this space object won’t be visible with the naked eye. Use binoculars or a small telescope to spot it in the sky.

Fortuna is one of the largest asteroids of the asteroid belt situated between Mars and Jupiter. It was discovered by J. R. Hind on August 22, 1852, who named the space object after the Roman goddess of luck and fortune. This asteroid of nearly spherical shape is about 225 kilometers in diameter which makes it larger than 99% asteroids. Fortuna’s composition is similar to that of the dwarf planet Ceres: its surface is exposed to the harsh environment of outer space and includes primitive organic compounds.

Follow our news and you’ll keep abreast of the most noteworthy astronomical events.