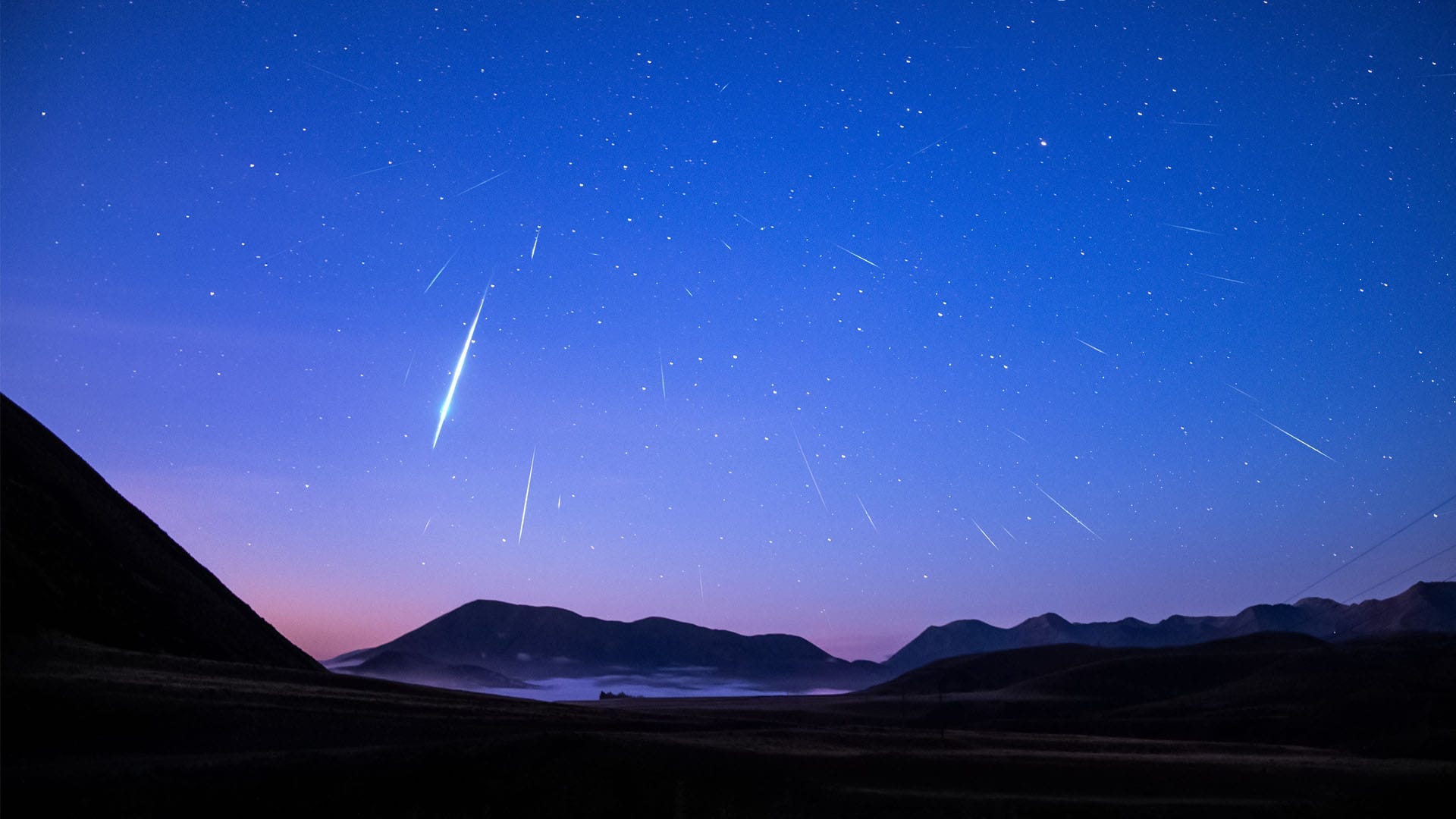 Six meteor showers are reaching their peaks from March to June 2022. Read on to learn when it’s best to observe them in the sky.

Getting ready for meteor-hunting? Take our quiz to refresh your knowledge about meteors.

The Gamma Normids (γ-Normids) is a weak meteor stream with an uncertain activity period. It is usually active from February 25 to March 28. The peak rate of meteors in 2022 is expected around March 14. The moonlight might cause unfavorable observing conditions.

The Lyrids is one of the long-known meteor showers that has been observed and reported annually since 687 BC. The peak of the Lyrids in 2022 is on April 22.

The Lyrids’ meteors are pieces of debris from the periodic Comet C/1861 G1 Thatcher. The maximum number of meteors typically varies from 5 to 20 per hour, but once in 60 years the shower intensifies, resulting in an April Lyrid meteor outburst with activity rate up to 90 meteors per hour (as seen in 1982 and 1922). Next time it will happen in 2042 – hopefully, we’ll be still keeping you updated on the event via our site or Sky Tonight app.

Discovered in 1972, the Pi-Puppids (π-Puppids), associated with the comet 26P/Grigg-Skjellerup, have shown notable activity in 1977 and 1982, with around 40 meteors per hour detected. Also, in 1983, an activity rate of approximately 13 meteors per hour was reported. Records of 2018 and 2019 report low, but still detectable, rates.

There are no predictions about the 2022 Pi-Puppid shower activity. However, its peak is expected on April 23, and the first half of the night offers quite well-established conditions: the last-quarter Moon won’t interfere with the observation.

The parent comet of the Eta-Aquariids (η-Aquariids) is 1P/Halley, one of the most famous comets. The pieces of space debris shed by the comet hundreds of years ago become the Eta Aquariids in May and the Orionids in October.

In 2022, the Eta-Aquariid meteor shower will reach its peak on May 6. It’s best to observe the meteors in the hours before dawn from the tropics and Southern hemisphere.

The Eta-Lyrid (η-Lyrids) meteor shower is relatively weak but interesting to astronomers because of its possible relation to Comet C/1983 H1 IRAS-Araki-Alcock. The comet was last seen in 1983, and passed the Earth at a distance of 5,000,000 km, which is the closest a comet had approached for the last 200 years.

In 2022, the Eta-Lyrids’ peak is expected on May 10. The radiant area is favorably on view all night for the observers from the Northern hemisphere.

Daytime Arietids are the strongest daytime meteor shower of the year. The proposed parent bodies of the stream include comets 96P/Machholz and P/1999 J6.

The Daytime Arietids are rather hard to observe because their radiant is located only about 30° west of the Sun. However, their meteors might still be seen shortly before dawn. In 2022, the Daytime Arietids start their activity on May 14 and reach their peak on June 7.