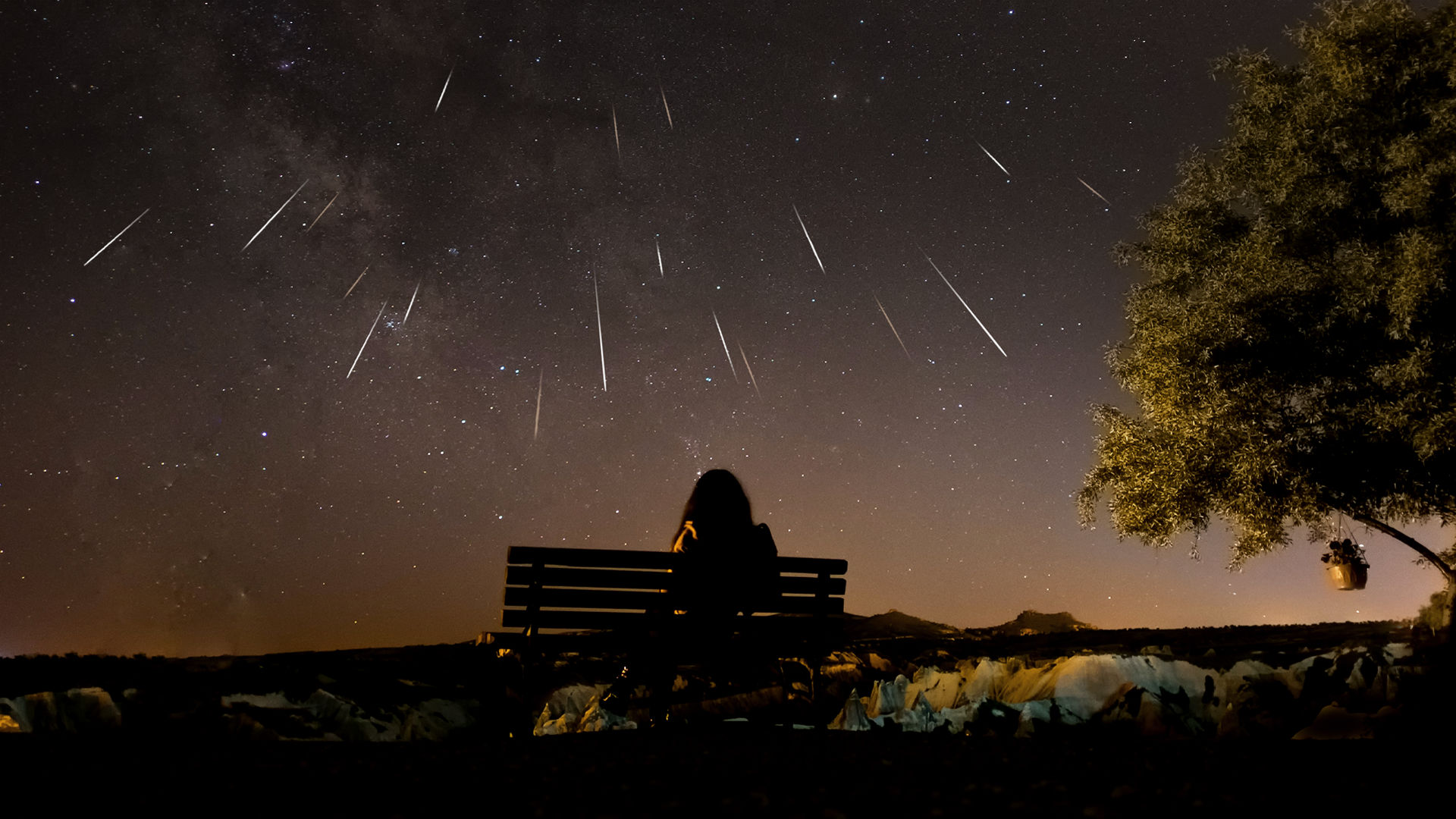 In early May, observers around the world can see the maximum activity of the meteor shower called Eta Aquariid. What is the Eta Aquariid meteor shower? When and where does it occur? How to see it in 2020? Let's find out everything about this astronomical event.

What is the Eta Aquariid meteor shower?

The Eta Aquariid meteor shower (also spelled as Eta Aquarid) is a moderately active meteor shower that runs from April 19 to May 28 every year and produces its maximum activity around May 5. Like the Orionids in October, the Eta Aquariid meteor shower originates from the comet 1P/Halley (Halley's Comet or Comet Halley). Comet Halley is the only known short-period comet regularly visible to the naked eye from Earth (every 75-76 years). The last time this comet was seen by skywatchers was in 1986. Next time 1P/Halley will enter the inner Solar system only in 2061.

The Eta Aquariids are known for their high speed – the fast and bright meteors travel at about 66 km/s into Earth's atmosphere. Frequently, they leave glowing "trains" that can be seen in the sky for several seconds.

The radiant of the Eta Aquariids – the area of the sky where meteors appear to shoot from – is located in the constellation Aquarius (the Water Bearer), near one of the constellation's brightest stars, Eta Aquarii. As you can see, the shower was named after that star. Eta Aquarii is one of the four stars that form the prominent Y-shaped asterism called the "Water Jar" of Aquarius.

When and where to see Eta Aquariids in 2020?

Unlike many other meteor showers, the Eta Aquariids do not have a sharp peak. The shower is characterized by a broad maximum that lasts about a week. In 2020, the maximum activity is expected around May 4-5, but approximately equal number of meteors can be seen several days before and after these days. This year, the Moon will be 91% full on May 4-5 and will outshine some meteors, so try watching for them for several days for better results.

The Eta Aquariid meteor shower is observable in all parts of the world before dawn but favors the Southern hemisphere. This is due to the location of the radian point of the Eta Aquariids. The shower is best viewed from the equator to 30 degrees south latitude. Its radiant climbs higher in the sky before dawn for observers from more southerly latitudes. Besides, later sunrise in the Southern hemisphere, where it's autumn now, offers skywatchers more dark time to see meteors in the sky.

Not to miss the Eta Aquariid meteors, determine the time of the shower’s radiant rise, culmination and set for where you live with the stargazing app Star Walk 2.

How to see the Eta Aquariid meteors?

Get ready to observe the meteors in the dark predawn hours on days around May 4-5. No optical aid or special skills are needed to see the Eta Aquariids in the sky. To maximize your viewing experience, find an open viewing location, away from the city lights and other sources of light pollution, and look at the sky with the naked eye.

If you want to trace the paths of the Eta Aquariids, identify the shower’s radiant in the sky with the Star Walk 2 app. It is not necessary to look up in the direction of the radiant all the time to see the greatest number of meteors. The Eta Aquariids can appear anywhere in the sky. All you need is clear dark skies and a little patience.