Stargazing Suggestions For This Weekend 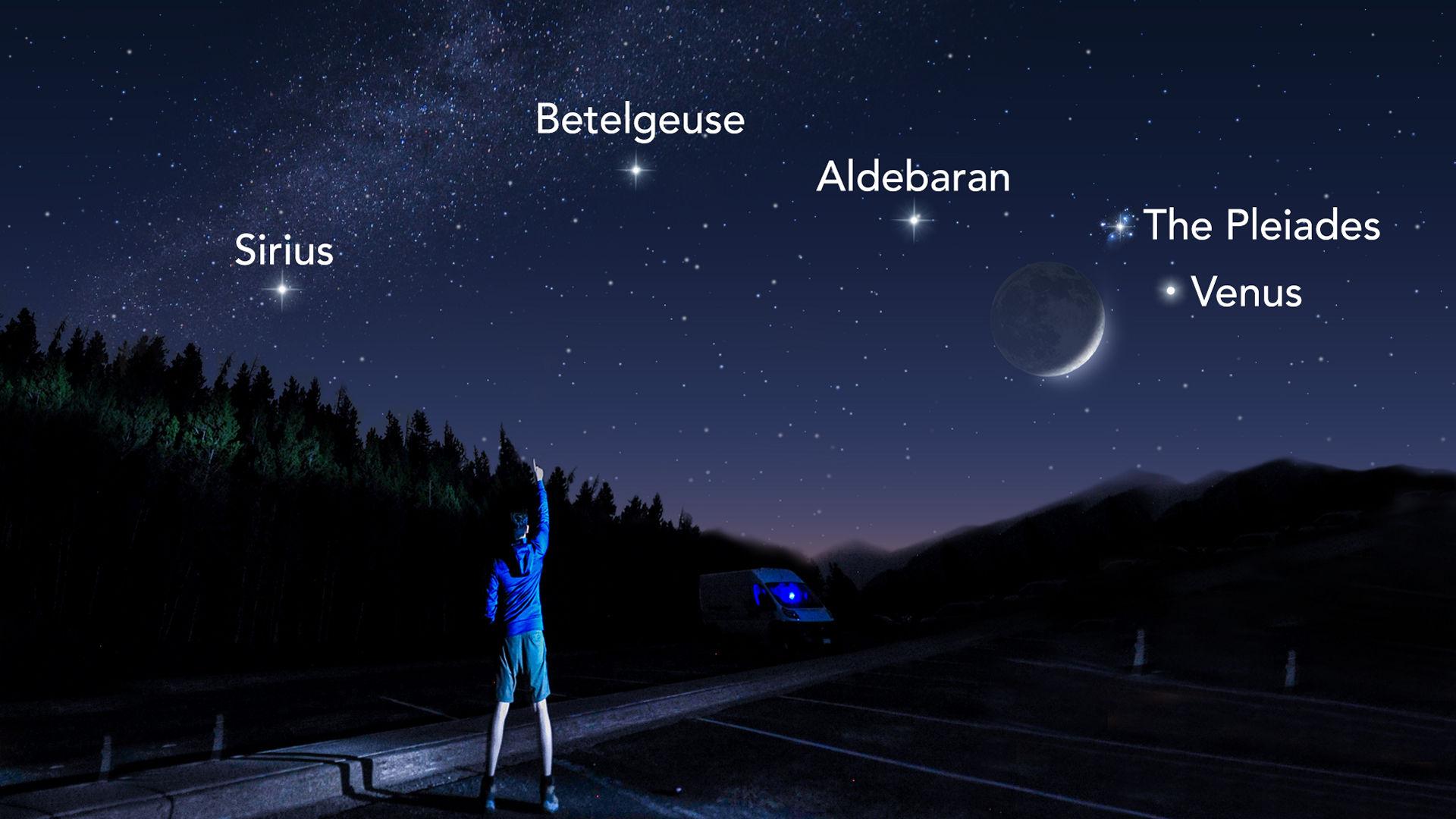 The moonless nights of March 28 and 29 will be perfect for skywatching. Here you will find out what’s up in the sky this weekend and what celestial treats to enjoy with the naked eye, in binoculars or telescopes.

The Moon, Venus, the Pleiades and Vesta

Start with Venus. The dazzling “evening star” is still shining brightly in the western sky during and after twilight. Our sister planet will continue to get even brighter until April 28. On Saturday and Sunday, March 28 and 29, observers around the world can see a close approach of the moon and Venus in the evening sky. The same evenings, after dark, find the Pleiades, a bright open star cluster also known as the Seven Sisters and Messier 45, near Venus. The three objects – the moon, Venus and the Pleiades – will form a triangle in the night sky. One of the largest objects in the asteroid belt, Vesta, can be found near the triangle, too.

It’s almost impossible to miss the gleaming Venus in the sky, as it is the 3rd brightest celestial object after the Sun and the moon. You should also have no problems with the Pleiades. One of the closest star clusters to Earth, M45 can be seen to the naked eye under clear dark skies. Yet, for viewing Vesta, binoculars or telescopes are preferable.

To locate stars, constellations, planets, comets, asteroids and other objects in the sky above you and to identify the optimal time for viewing them, use the “Time Machine” feature of the stargazing app Star Walk 2.

The Milky Way, the treasures of Messier's list, Betelgeuse

With the new moon on March 24, 2020, the Milky Way season started in the Northern Hemisphere. Go outside on a clear, dark night and enjoy a glowing band of billions of stars stretching across the sky. If you do not know where to look to find the Milky Way in the sky, check the new Ephemeris app. The 3D compass and the AR live view will help you identify the position of the Milky Way in your sky in no time.

There are a lot of celestial objects in or near the Milky Way to admire. Among them the brightest star in the night sky – Sirius, the sixth-brightest star – Capella, the constellations of Monoceros, Orion, Gemini, Cassiopeia, Auriga, etc. Be sure to find the constellation Orion with the red supergiant star Betelgeuse. Latest observations suggest that Betelgeuse won’t explode and go supernova anytime soon. The star has stopped its dimming and is now regaining former brightness.

If you can’t see the Milky Way, the night of March 28 will be ideal for viewing the deep-sky objects from the Messier catalog. Use binoculars to see M35, M36, M37, M38, M41, M46, M47 and the Rosette Nebula (Caldwell 49, NGC2238). A small telescope can show you the Christmas Tree Cluster (NGC2264) in the Monoceros constellation. Enter the name of an object in the search of the Star Walk 2 app, select it from the list, and you will be shown where to look in the sky to find it.