How To Track SpaceX’s Starlink Satellites In The Sky 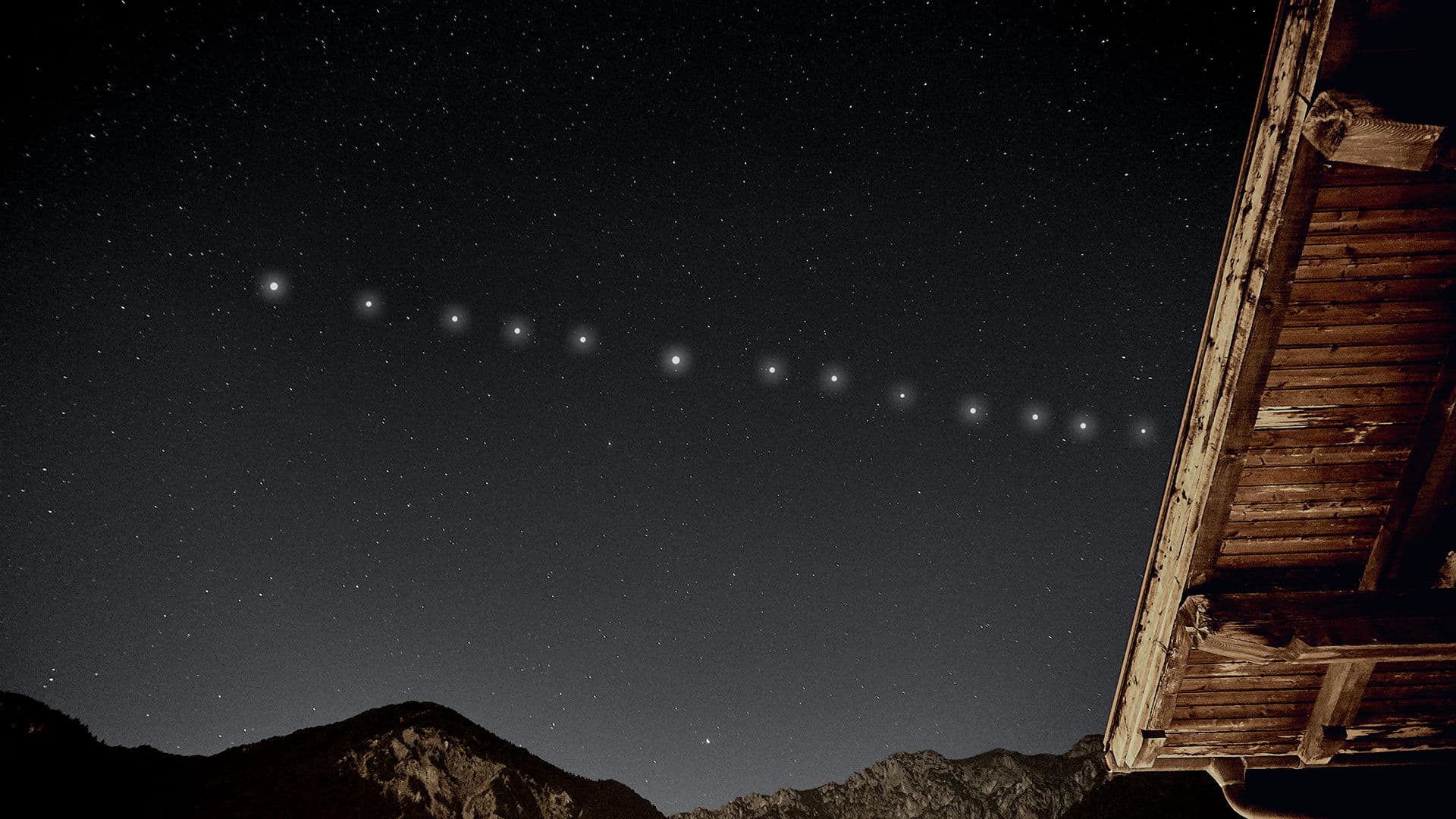 Keep track of the deployment of SpaceX’s Starlink broadband constellation with our article complementing this one. Find relevant information on recent Starlink missions and never miss launches of new batches of satellites!

How to find Starlink satellites above your location

Starlink satellites create a spectacular view in the night sky. They are visible to the naked eye and appear as a string of pearls or a ‘train’ of bright lights moving in a straight line across the dark sky. With our applications, you will be able to quickly find Starlink satellites in the sky from your location and enjoy the light show.

About the Starlink project

The goal of SpaceX's Starlink project is to provide high-speed broadband Internet access to everywhere on the planet. To achieve this goal, SpaceX plans to launch about 30 thousand satellites into Earth orbit. Representatives of the company say that this would allow people living in sparsely populated and hard-to-reach areas to use the Internet at the speed of up to 1 gigabit per second. The ultimate Elon Musk’s plan is a massive constellation of 42 thousand satellites.

SpaceX plans to send 60 more Starlink internet satellites on Thursday, September 3, at 12:46 GMT. Initially, the launch was scheduled on August 30, but, according to SpaceX’s twitter, has been canceled due to the “inclement weather during pre-flight operations.” The company was also planning to launch the SAOCOM 1B Earth-observation satellite radar for Argentina's space agency together with the Starlink satellites. Although the Starlink’s launch was postponed, SAOCOM 1B was successfully launched on August 30, at 23:05 GMT. Since March, the mission has been delayed due to the ongoing COVID-19 pandemic. Follow our news, and you will not miss the satellite ‘train’ in the sky.

One more August launch is coming — SpaceX is scheduled to launch the 11th mission of the Starlink on Tuesday, August 18, 2020, at 2:31 p.m. UTC (10:31 a.m. EDT) from Space Launch Complex 40. Conditions permitting, the Falcon 9 rocket is set to lift off from Cape Canaveral Air Force Station, carrying 58 more satellites. Along with the Starlink satellite payload on this mission, there will be three SkySat Earth-imaging satellites for Planet Labs. After the morning's launch, SpaceX drone ships will recover the Falcon 9 first stage booster.

In August 2020, observers will have one more opportunity to see incredible Starlink satellites in the night sky. Weather permitting, on August 7, at around 05:12 UTC (01:12 a.m. EDT), the SpaceX’s Falcon 9 rocket will launch the tenth batch of approximately 60 Starlink satellites into orbit. This mission is known as Starlink 9. Falcon 9 with new internet satellites for SpaceX’s megaconstellation will lift off from Launch Complex 39A at NASA's Kennedy Space Center in Florida.

Weather permitting, SpaceX will attempt to launch its ninth batch of 58 Starlink broadband internet satellites into low Earth orbit on June 13, 2020. This mission is known as Starlink 8. The Falcon 9 rocket is set to lift off at approximately 09:21 GMT (5:21 a.m. EDT) from Space Launch Complex 40 (SLC-40) at Cape Canaveral Air Force Station in Florida.

Falcon 9 lifted off from Space Launch Complex 40 at Cape Canaveral Air Force Station in Florida. The mission was originally scheduled for May 7, 2020, but was delayed multiple times.