See the Moon Sweeping by the Gas Giants in Late June 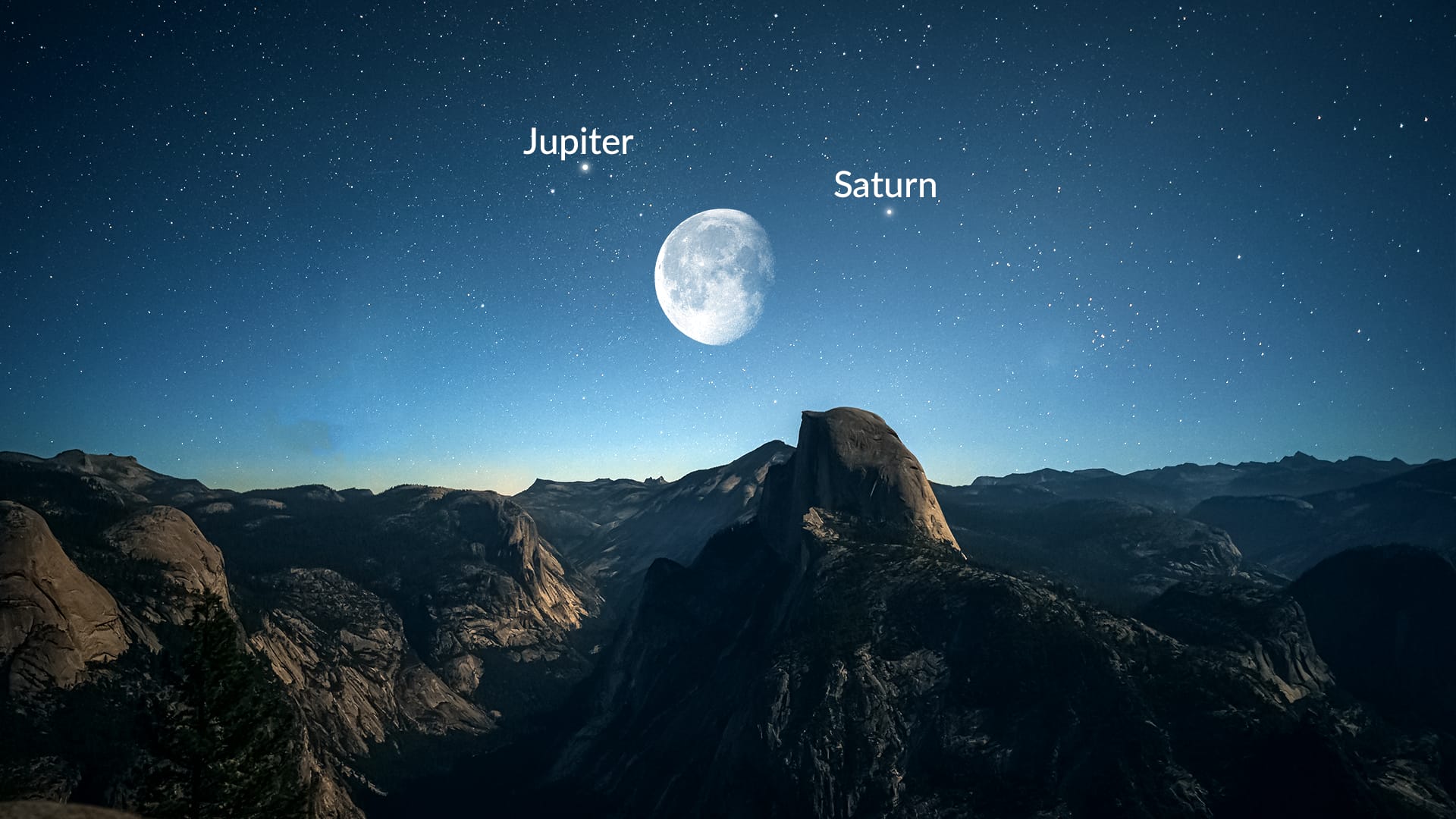 On June 24, the brilliant Strawberry Moon lit up the sky. Now our natural satellite is going to meet two gas giants, Saturn and Jupiter. Keep reading and find out how, when, and where to observe their spectacular trio and even more!

The conjunction of the Moon and Saturn will occur first, on June 27, at 05:26 a.m. EDT (09:26 GMT). Shining at a magnitude of -12.6, our natural satellite will pass 4° 01′ to the south of the ringed planet in the sky. The yellow-tinted gas giant will be at a magnitude of 0.3. You'll be able to see the heavenly bodies in the constellation Capricornus from late night till dawn.

A few weeks ago, Saturn began its retrograde motion that will last until mid-October. To observe this westward movement, note how the distance between Saturn and the star Theta Capricorni located to the left of the planet increases each night. Use the stargazing guide Star Walk 2 to quickly locate Saturn, Theta Capricorni, and other celestial objects in the sky above.

Continuing its journey across the sky, the waning gibbous Moon will move to the constellation Aquarius, where it will encounter the kingly planet Jupiter. Their spectacular conjunction will occur on June 28, at 2:41 p.m. EDT (18:41 GMT). Our natural satellite will pass 4° 27′ to the south of the largest planet in the Solar System, which will shine at a magnitude of -2.7.

Distinguishing Saturn from Jupiter is rather easy as the latter is much brighter. Although Saturn shines as brilliantly as the brightest stars in the sky, Jupiter (which is the fourth brightest celestial body to grace the sky's dome after the Sun, the Moon, and Venus) outshines the ringed planet by about 16 times.

Share this article with your friends and follow our news to never miss noteworthy upcoming celestial events. Happy observations!