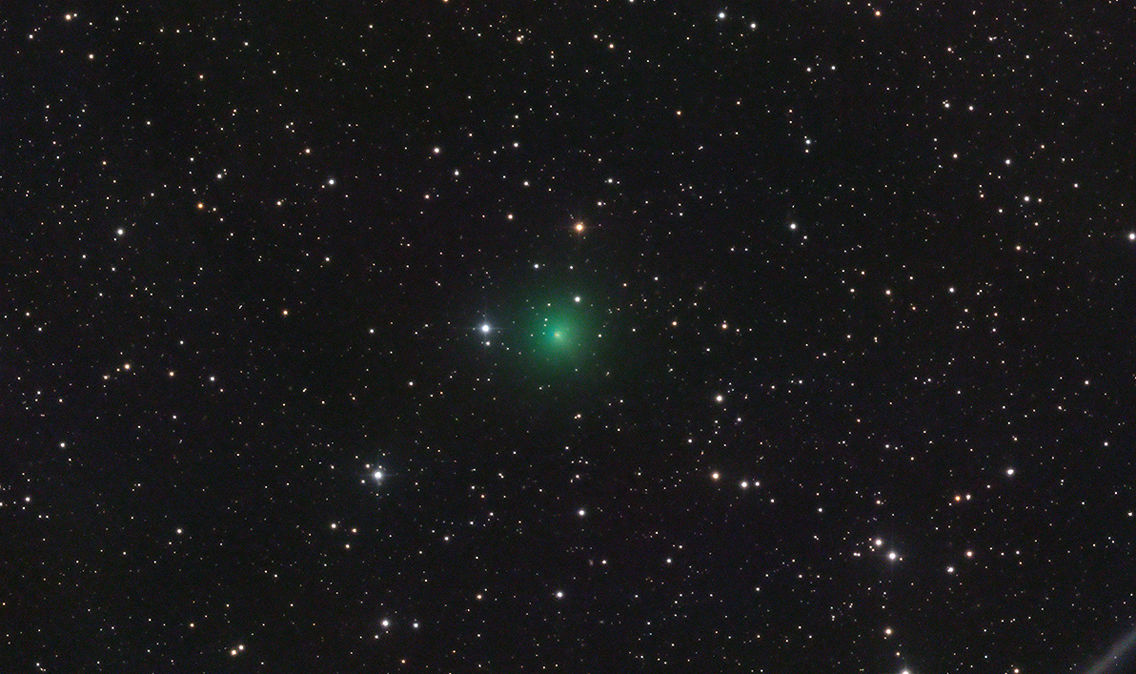 Although three promising comets – 2I/Borisov, C/2019 Y4 (ATLAS), and C/2020 F8 (SWAN) – have already disintegrated this year, observers can hope for a positive outcome for another bright comet – NEOWISE (C/2020 F3). Read on to find out what is known about the new celestial visitor and what to expect.

Comet NEOWISE (C/2020 F3) is a retrograde comet with a near-parabolic orbit. An approximately 17th magnitude object was found on March 27, 2020, by NASA's infrared-wavelength astronomical space telescope called NEOWISE. The goal of the NEOWISE space telescope is to discover near-Earth objects such as luminous infrared galaxies, brown dwarfs, comets and asteroids.

When and where to see Comet NEOWISE?

According to recent astronomers’ reports, Comet NEOWISE has bright prospects. Its current estimated magnitude is +13.63, while the observed magnitude is +9.3 (Comet Observation Database (COBS)). The comet is expected to pass closest to the Sun on July 3, 2020, at a distance of 0.3 AU (astronomical units) and brighten up to magnitude +3 or +3.5. Glowing at such magnitude, Comet NEOWISE will be easily visible to the naked eye in the dark sky. On July 23, 2020, the space rock will make the closest approach to Earth at a distance of 0.7 AU.

How to find it in the sky?

You can find real-time information about the comet's location in the sky in the stargazing app Star Walk 2. Use the app to quickly check when and at what time Comet NEOWISE can be seen from your location, easily find it in the sky, and track its movement. Keep an eye on the new comet and follow the news in the app’s “What’s new” section for updates on NEOWISE and other astronomical events.

Who will see Comet NEOWISE?

Comet NEOWISE is currently located near the constellations Monoceros and Orion. For now, it is only visible from the Southern hemisphere under favourable viewing conditions. The comet is bright enough to be seen in good binoculars. In early June, its brightness is expected to increase to magnitude +8.

Observers in the Northern hemisphere should be able to see the comet from the beginning of July. It will be observable in the dawn sky, near the constellation Auriga. In mid-July, the comet is expected to appear in the evening sky at magnitude +3 or +4 and can be found on its way from the constellation Lynx to Ursa Major.

If everything goes according to predictions, Comet NEOWISE should remain visible until the end of August, while getting fainter.