Sky View at the End of March 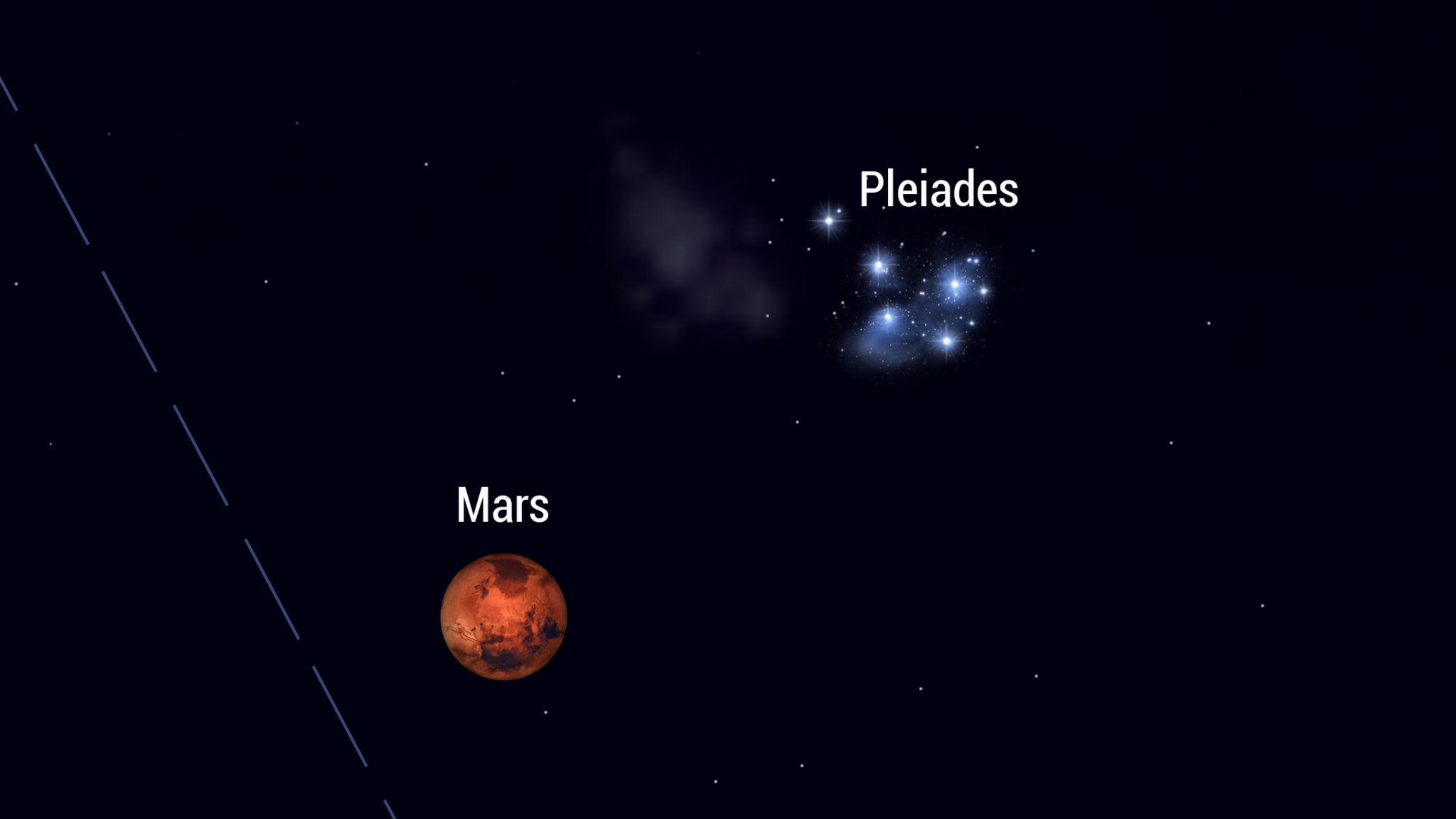 For the second time this month, the moon will pass close to Saturn. In the southeastern pre-dawn sky on Friday, March 29, the waning crescent moon will be positioned two finger widths to the lower left of the ringed planet. Both objects will fit into the field of view of binoculars.

Hours earlier, observers in the eastern edge of Brazil, southern Africa, Madagascar, the southern tip of India, and Sri Lanka can see the moon occult Saturn. Also you would have a chance to see the dwarf planet Pluto. Later this night the moon will occult Pluto on the sky’s dome. Try to use a telescope or binoculars, this close approach is difficult to see with a naked eye.

In the western evening sky on Saturday, March 30, Mars' eastward orbital motion will carry it within three finger widths of the bright open star cluster known as the Pleiades, the Seven Sisters, and Messier 45. For best results, view the pair in binoculars while they are higher in the sky — before about 10 p.m. local time.