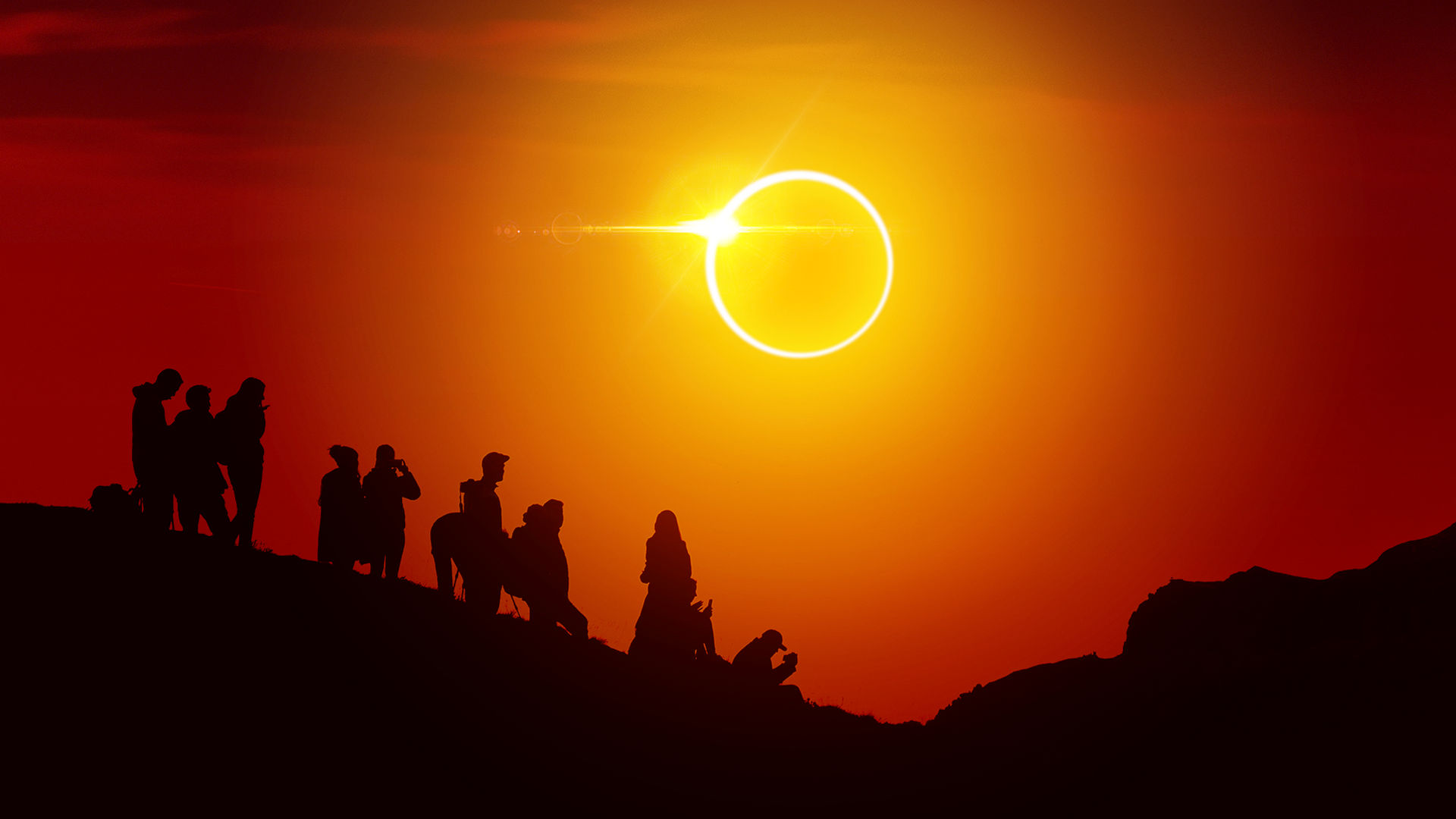 The first solar eclipse of 2020 takes place on Sunday, June 21, 2020. Observers in some parts of the world will get the chance to see a dramatic celestial spectacle – a spectacular ‘ring of fire’ in the sky produced by the Moon and the Sun. Here’s all you need to know about this amazing and rare astronomical event.

What is a "ring of fire" annular solar eclipse?

A solar eclipse occurs when the Moon passes between the Sun and Earth. When this happens, the Moon fully or partially blocks the light of the Sun from reaching our planet and casts a shadow on Earth. There are four types of solar eclipses – total, partial, annular and hybrid.

The solar eclipse of June 21 is annular. This type of eclipse occurs when the Moon is near its apogee, the farthest distance from Earth, and the Sun, the Moon and Earth are aligned in a perfectly straight line. Since the apparent diameter of the new Moon is smaller than the Sun's, it appears smaller for observers from Earth and cannot fully cover the solar disk. This produces a “ring of fire” or “ring of light” effect when the Sun looks like an annulus ("ring-shaped" from Latin).

When is June’s solar eclipse? What makes it special?

The annular solar eclipse on June 21, 2020, will last from 03:45 UTC to 09:34 UTC, with the maximum eclipse occurring at 06:40 UTC. Although annular eclipses are not rare phenomena – the last occurred on December 26, 2019, and the next will happen on June 10, 2021 – June’s eclipse is an extra special kind of annular eclipse. At maximum eclipse, that will last 38 seconds, over 99% of the Sun’s disk will be covered, creating a dramatic celestial spectacle. Thus, the annular solar eclipse on June 21 is almost a total solar eclipse. Skywatchers in locations with the best eclipse visibility will be able to see an incredibly thin ring around the Sun.

Who will see the ‘ring of fire’?

The ‘ring of fire’ eclipse on June 21, 2020, will be visible from parts of Africa including the Central African Republic, Congo, and Ethiopia, south of Pakistan and northern India, and China. The partial eclipse will be observable in north and east Africa, in south-east of Europe, most of Asia (except the north part of Russia) and in the north of Australia.

The best views of the dramatic ‘ring of light’ will come to observers from central Africa to northern India, China and Taiwan.

How to see this annular eclipse?

To find out exact eclipse times for your location, take a look at interactive eclipse maps, find best viewing spots and receive voice alerts for eclipse phases in time, use the Eclipse Guide app. The app contains all the information you need to observe the annular solar eclipse on June 21 and to be prepared for the upcoming eclipses.

Remember that looking directly at the Sun or through a telescope or binoculars can cause serious eye damage or blindness. Proper solar filters are required to view any portion of the solar eclipse.

Solar and lunar eclipses always come in pairs, with one following the other in approximately two weeks. On July 4-5, 2020, a penumbral lunar eclipse will occur. Follow the Star Walk 2 news, and you won't miss the must-see astronomical events.